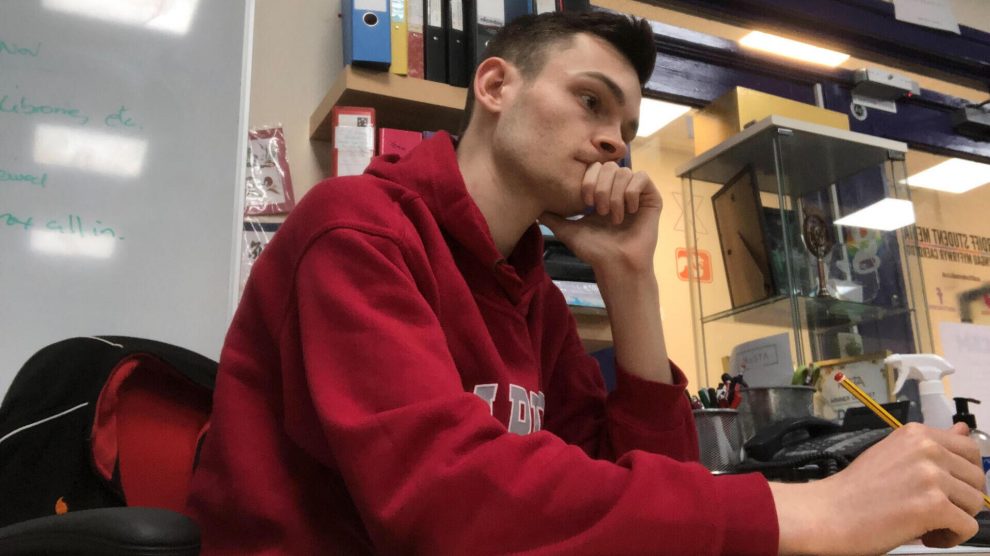 Gair Rhydd takes a look back at everything that happened over the last twelve months in the world of politics, climate change, technology, television and film, sport and more

Looking back over the last twelve months, it seems safe to say that 2021 was an ‘interesting’ year to say the least.

People in all corners of the world seemed to usher in the new year with good cheer and an initial sense of optimism, much of this in anticipation for what many hoped would be a swift return to normality. As the months continued to progress, it became increasingly obvious that 2021, like any other year, would not be without its fair share of controversy, strife and civil disorder.

With this in mind, it’s important for us to take a retrospective look back over the events of the last year and reflect on everything that happened in the worlds of politics, science, media, sport, and elsewhere.

COVID-19, perhaps unsurprisingly given the disruption the virus has caused over the last two years, remained to be one of the most significant ongoing events of 2021.

Whilst it is difficult to gauge the true extent of the impact of the pandemic so far, statistics published by WHO estimate that there have been over 350 million confirmed cases of the virus worldwide – This uncertainty has been reflected in the UK with the significant disparity between the statistics reported by the Government and The Office for National Statistics.

In spite of this, the UK has received widespread praise for its nationwide rollout of the COVID-19 vaccines, a rollout which saw the NHS become the first health service in the world to deliver a dose of the Oxford-AstraZeneca vaccine. A year later, now that over 71% of the UK population is fully vaccinated, the UK Government is set to continue its process of gradually easing restrictions as cases of the virus begin to fall.

Stepping back from the COVID-19 pandemic, 2021 was also rocked by a series of political events which held the future of democracy in the balance.

These events began as early as January, a month which saw a group of insurrectionists lead an attack against the U.S. Capitol Building in protest against Joe Biden’s victory in the 2020 presidential election. Alongside this, the Chinese Government increased its attempts to crackdown on political dissent by detaining and arresting 50 pro-democracy activists in Hong Kong. These restrictions on free speech were also reflected in Russia months later when Alexey Navalny, the leader of the Russian opposition and an outspoken critic of Vladimir Putin, was arrested just five months after he was targeted in a nerve agent attack – These events, according to European Think Thank IDEA, were emblematic of a trend that “really raised the alarm bells” for a growing decline in democracy.

Last year also proved to be yet another reminder of the ongoing impacts of climate change, a topic which was at the centre of debates throughout the 2021 United Nations Climate Change Conference (or ‘COP26’). The effects of climate change were felt all around the world; 2021 saw Australia ravaged by bushfires, Europe flood due to excessive rainfall, and California record the single highest temperature reading on Earth, 54.4°C. The extent of these impacts was summarised by the U.S. Fish and Wildlife Service who, in a damning report, officially declared that 23 different species of animal had become extinct in 2021 alone.

Whilst the world faced a number of aforementioned political and environmental challenges last year, it seems equally important for us to recognise all of the positive and promising developments that occurred throughout 2021.

One of the most significant (and perhaps overlooked) developments of the year was the historic corporate tax agreement reached by world leaders at the G20 summit in Rome. From 2023, this new legislation will hold large multinational companies like Apple and Amazon to a minimum tax rate of 15%, a move expected to provide governments around the world with a vital £1 billion boost.

There were a variety of other exciting developments in the technology industry, none more so than the announcement that several tech companies, including Mark Zuckerberg’s newly re-branded ‘Meta’, are beginning work on ‘The Metaverse’ – an immersive digital environment that is expected to mark “the next chapter of the internet.” Closer to reality, NASA achieved a successful landing of its ‘Perseverance’ Rover on Mars, a feat that allowed its ‘Ingenuity’ Drone to complete the first powered, controlled flight by an aircraft on another planet. The year also saw El Salvador become the first country to adopt Bitcoin as legal tender, outlining its plans to begin the construction of a geothermally powered ‘Bitcoin City’ at the base of a volcano.

In the realm of television and film, Netflix drew international acclaim with the South Korean survival drama ‘Squid Game’, a series which briefly became the one of the streaming platform’s most-viewed shows with a worldwide audience of over sixteen-billion viewers. ‘Squid Game’ was commemorated at the 78th annual Golden Globes, an event in which the late Chadwick Boseman posthumously received the award for ‘Best Actor in a Motion Picture Drama’ for his role in ‘Ma Rainey’s Black Bottom’. 2021 was also a significant year for black artists; Beyoncé broke the all-time record for the most Grammys won by a singer whilst RuPaul became the most decorated black artist in Emmy history with his 11th award for ‘RuPaul’s Drag Race’.

The recognition that Beyoncé and RuPaul received coincided with the gains made by the ‘Black Lives Matter’ movement last year, a movement which saw significant growth all around the world. Of these gains, one of the most impactful was the sentencing of former police officer Derek Chauvin to 22 years and six months in prison for the murder of George Floyd back in May 2020.

Similar advancements were made by the LGBTQ+ community when both Chile and Switzerland voted to legalise same-sex marriage, officially making the act legal in 30 countries around the world – As same-sex marriage is still illegal in over 85 countries, however, many LGBTQ+ activists assert that more work is needed.

In July, Japan officially opened the 2020 Summer Olympic Games in Tokyo after the worldwide sporting event was postponed due to COVID-19. For Team GB, the games offered a chance for athletes like Tom Daley, Holly Bradshaw and Matt Walls to compete at the highest possible level and break a number of existing sporting records. Despite occurring at a time of worldwide emergency, the Tokyo games proved to be a success in an otherwise turbulent year, if only to provide a brief reflection of  ‘normality’ for viewers around the world.

Elsewhere in sport, Emma Raducanu manged to bring Britain’s 44-year wait for a women’s Grand Slam singles title to a close after beating Leylah Frenandez at the Women’s US Open. 2021 also featured a number of controversial stories from the world of sport, including Max Verstappen’s upset victory over Lewis Hamilton in the final lap of the Abu Dhabi GP. Cristiano Ronaldo also made headlines at the European Championships after removing a Coca Cola bottle from his press table, an act that caused the share price of the so-called ‘soda giant’ to drop a staggering £3 billion pounds.

With Simone Biles choosing to withdraw from events at the Tokyo 2020 Olympic Games on mental health grounds, one of the other key themes of 2021 proved to be the importance of mental health awareness. This was echoed back in March during Oprah Winfrey’s interview with Prince Harry and Megan Markle; both the Duke and Duchess of Sussex alleged that they had suffered abuse and been mistreated by other members of the Royal Family. Whilst these claims have been disputed, recent events nonetheless highlight that mental health, an often overlooked and stigmatised topic, remains to be one of the most salient issues that society is currently facing.

For many people around the world, the last year was a turbulent and uncertain time to say the least. Throughout 2021, there were numerous opportunities for us to reflect on the current state of democracy alongside the ongoing climate crisis, two areas that represent a significant challenge for future generations. In spite of this, however, the year featured numerous causes for celebration, especially for members of BAME and LGBTQ+ communities who made noticeable gains for inclusivity and equity on several fronts.

With 2022 now in full swing, it remains to be seen whether the new year will be a repeat of everything that we have seen over the last twelve months or, alternatively, something new entirely. As always, only time will tell.