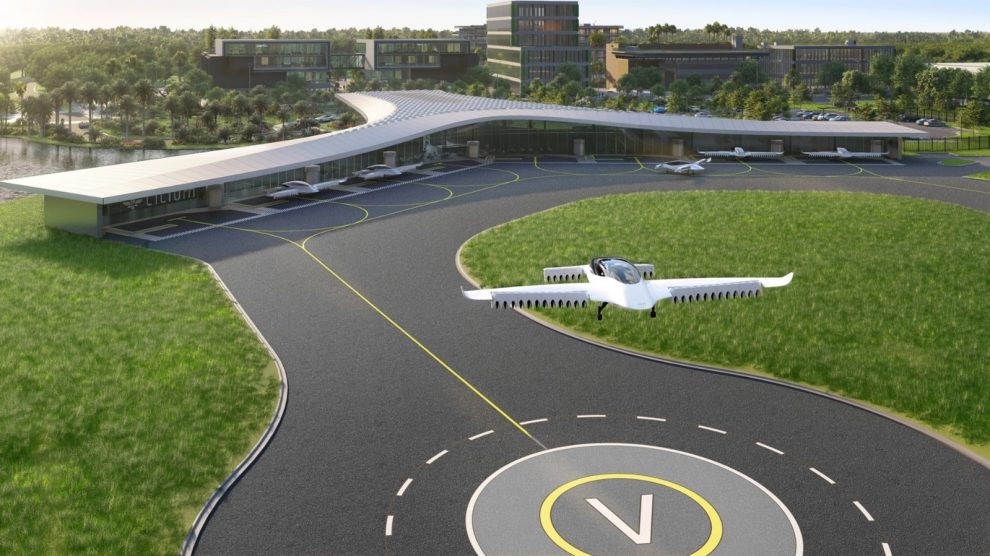 Following several successful partnerships, one of Europe’s most prominent ‘air-taxi’ start-up companies has recently revealed plans for a new development that, by 2025, will expand its services to also include Orlando, Florida.

As outlined in a recent statement on their website, Lilium have expressed their intentions to install a flagship development of their “on-demand air taxi service” in Orlando, part of the US State of Florida. The 56,000 square-foot transportation hub, proposed for construction close to the City of Orlando, is set to house multiple Lilium aircraft and will offer new, faster transportation connections to multiple nearby cities.

Lilium, the five-year-old Munich-based development company, is one of the world’s foremost ‘air-taxi’ start-ups and has already secured lucrative partnership deals with two airports in Germany – These “vertiports” will likely function identically to the planned expansion in Lake Nona, Florida.

The project, costing upwards of USD $25 million by 2025, will work primarily with the Tavistock Development Company in order to build a sustainable residential community that will provide homes for 65,000 people with 143 high-wage jobs. Present financial estimates are fairly positive and predict that, over 10 years of continued operation in Orlando, the Lilium venture could attract USD $1.7 million in funds.

Dr. Remo Gerber, the Chief Commercial Officer at Lilium, recently gave a press statement praising the planned development for showing “that regional high-speed air mobility can be built by private initiative and give communities such as Lake Nona […] the ability to determine themselves whether they want a link into a high-speed transportation network”. Speaking on the difficulties in establishing Lilium’s vision, Dr. Gerber noted that although the construction of the new transportation hub would be “hard and difficult work”, he remains optimistic: “I think all of it is possible. We know it’s possible, but it’s certainly something to remain humble about”.

In the past few years, Lilium has seen a near unprecedented level of international interest with the reveal of its revolutionary ‘Lilium Jet’: “the world’s first all-electric, five-seater, Vertical Take-Off and Landing Jet” (or VTOL).

The current iteration of the Jet, first demonstrated in May 2019, features enough room for five passengers and, although already pilot-controlled, may be able to fly autonomously within the next 10 years. 36 single-stage electric motors provide all the propulsion which, once the Lilium Jet has reached full speed, enables the aerial vehicle to travel approximately 300km within one hour. Additionally, the VTOL Jet has been specially designed with urban use in mind and, as a result, is inaudible when flying above an altitude of 400m.

However, Lilium is not the only company to put forward their concept for a publicly-accessible autonomous air taxi service. The Chinese Drone Manufacturing company EHang, for instance, made waves with its demonstration of the ‘EHang 216’ in January 2020, which critically marked the first flight of an autonomous air vehicle in North American history. Other prominent technology companies such as Boeing, Hyundai, and Toyota, are also expected to unveil their own offerings within the next few years.

Buddy Dyer, the City of Orlando’s current and longest serving mayor, praised Orlando’s “unique partnership” with Lilium for “the expansion of safe, efficient and environmentally friendly transportation options throughout one of the fastest-growing regions in the country”. Continuing in reference to the development of the flying taxi service itself, Dyer attested that in order for Lillium technology to “benefit Orlando residents long-term, it’s going to take a true partnership between cities, developers and transportation operators”.

With the ever-expanding development of all-electric technologies and artificial intelligence, the once distant future of autonomous aerial transportation seems more accessible to us than ever before.