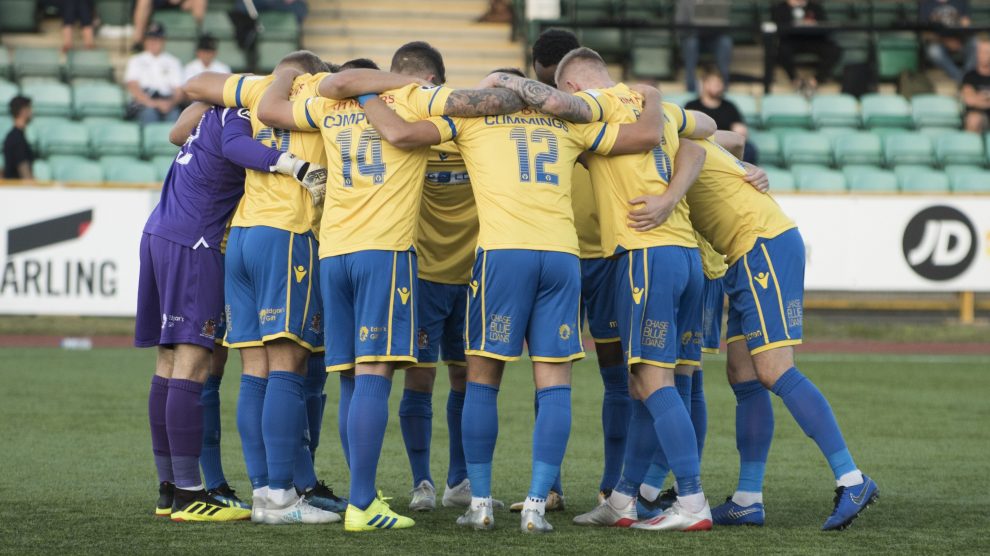 Cymru Premier side Barry Town United are in action against NSÍ Runavík of the Faroe Islands in what has been reduced down to a one-legged affair to cope with the demands of the condensed schedule due to COVID-19.

If you wanted any evidence of the havoc that the coronavirus pandemic has caused in the footballing calendar, look no further than the Europa League. The final of the 2019/20 competition is on Friday 21st August, yet a day earlier the 2020/21 campaign will have started with the preliminary round – with Welsh representation.

Cymru Premier side Barry Town United are in action against NSÍ Runavík of the Faroe Islands in what has been reduced down to a one-legged affair to cope with the demands of the condensed schedule.

It is the second season in a row that Gavin Chesterfield’s side are in Europa League action, having faced Northern Irish opposition in the form of Cliftonville last year. A 0-0 home draw was followed by a 4-0 defeat away, but their presence in the competition was still a remarkable achievement considering they had only been promoted back to the Welsh top-flight in 2017.

It ended a 16-year wait for a return to European football for a side who had dominated Welsh football in the late 1990s and early 2000s and previously faced ties against the likes of Porto and Dynamo Kiev.

But after a series of mismanagement issues off the pitch, Barry nearly went out of existence in 2013 when they were withdrawn from the league system by hugely unpopular owner Stuart Lovering.

Saved by the supporters, the club has enjoyed a remarkable revival under manager Chesterfield, who guided them to three promotions in the space of four years. It was very much felt after the Cliftonville tie last year that there would not be another lengthy absence from Europe, and qualification in 2019/20 was the reward for another excellent campaign.

The club was fourth in the Cymru Premier table before the league was suspended in March.

So what of Barry’s chances this year? The standard of Faroese football is very much unknown, and quite frankly it’s amazing that a country of 52,000 people (Barry has a population of 57,000) can produce a Premier League made up of ten teams.

The Faroese national side arguably overachieves given their size – twice beating a Greek side ranked 169 places above them during Euro 2016 qualification is considered the country’s greatest sporting achievement.

However, NSÍ themselves have never progressed from a European tie in 13 attempts. They are though captained by Klæmint Olsen, the all-time top goalscorer in the top-flight, who scored against Spain last year.

The carrot has certainly been dangled for whoever comes out on top, with an away tie against Scottish Premiership side Aberdeen in the first qualifying round on offer for the winner.

Get through that, and teams such as Tottenham Hotspur, AC Milan, and Wolfsburg would await. José Mourinho in Barry? Tidy.