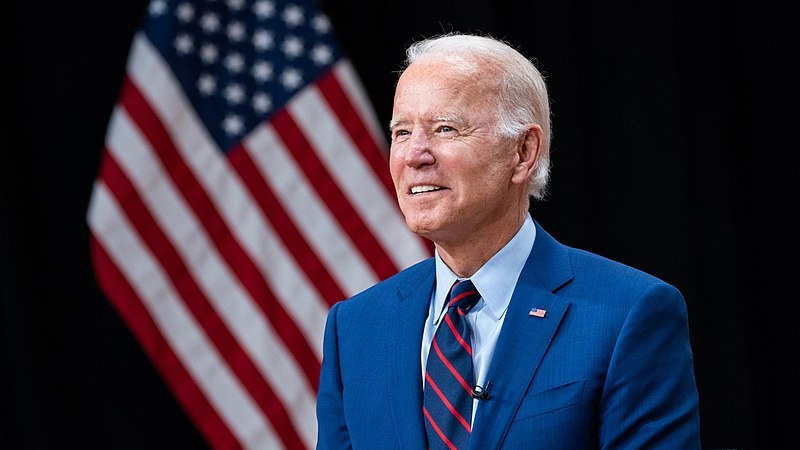 US President Joe Biden's $1.9tn spending plan has been approved by the House of Representatives, and now moves to the Senate.

By Tom Kingsbury | Head of Politics

The House of Representatives has voted in favour of US President Joe Biden’s Build Better Act, a $1.9tn (£1.4tn) bill covering issues such as healthcare, climate change and immigration.

The spending plan will now go to the Senate, where it will face tough opposition from the Republican Party.

Biden’s bill includes an expansion of Medicare and a reduction in prescription drug prices in the US. It would also provide childcare subsidies and funds for a universal pre-kindergarten.

Hundreds of millions of dollars will be put towards helping combat climate change if the bill is approved.

It will also give the US Government the ability to provide work permits and deportation protections for undocumented immigrants in the US, of which there are an esitmated ten million.

The plan was approved by a vote of 220 to 213 in the House. The vote fell mostly along party lines, as is becoming the default in Congress despite Biden’s talk of a new era of bipartisan cooperation in his inauguration. Just one Democrat voted against the bill.

Cheers met the announcement by House Speaker Nancy Pelosi that the legislation had been approved. The vote came on Friday morning, though it was originally meant to take place on Thursday evening.

The reason for this delay was an often confusing eight hour and 32 minute speech by House Minority Leader Kevin McCarthy, which broke the record for the longest speech in the House, previously held by Pelosi.

The speech covered issues including China, Thanksgiving, Hitler, Elon Musk, the making of baby carrots, and the laugh of Vice President Kamala Harris, and was met with ridicule by some members of the House.

Representative Alexandria Ocasio-Cortez said: “This man clearly will not stop talking but has nothing to say”, and Representative Ruben Gallego tweeted: “The climate solutions of the #BuildBackBetterAct couldn’t be more important after all of Kevin McCarthy’s hot air.”

McCarthy called the bill “the single most reckless and irresponsible spending bill in our nation’s history.”

Whilst the speech delayed the vote by less than 24 hours, some analysts have noted the real reason for the speech may have been the pressure McCarthy is facing by Trumpian elements of the GOP to show more fervent opposition to the Biden administration.

Having passed through the House, the Senate will now consider the spending plan. All 50 Democrat Senators will have to approve the bill, assuming no Republicans vote for it, for it to pass. With two Democrat Senators not yet having committed to approving it, this may be easier said than done.

To secure these Senators’ votes, the bill may have to be changed, or elements of it removed completely. If this happens, the House will need to approve it once again.