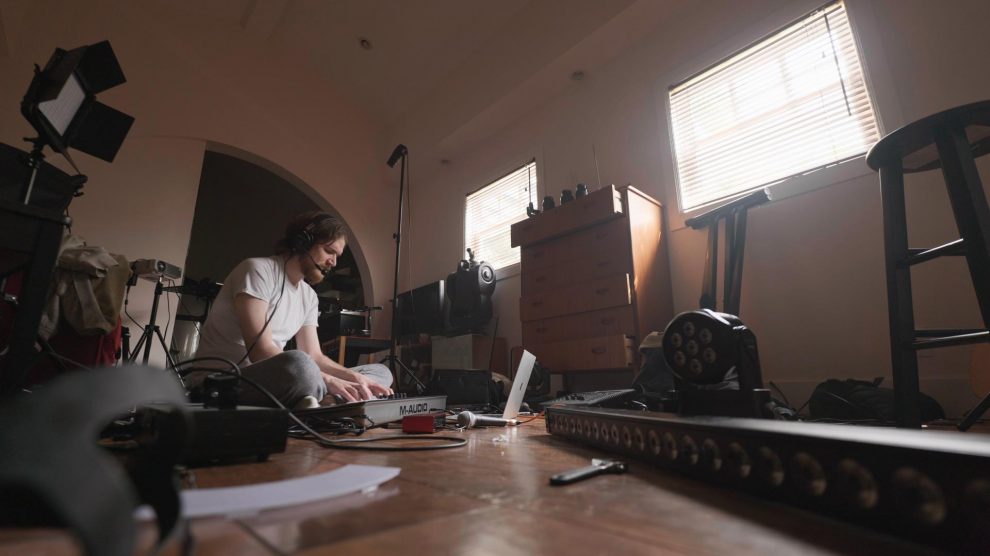 As the Coronavirus pandemic continues to force the film industry into new, inventive directions, it is perhaps more apparent than ever before that “the enemy of art”, as Orson Welles once stated, “is the absence of limitations”.

(This article contains themes that readers may find upsetting. If any of the following has affected you please don’t hesitate to contact Student Support at +44 (0)29 2251 8888 or email studentconnect@cardiff.ac.uk)

The “limitations” that we’ve all faced as a result of COVID-19 are, in more ways than one, the key driving force behind ‘Bo Burnham: Inside’, a new Netflix special that I recently happened to stumble across. The film features a sporadic, almost random collection of songs, off-beat comedy segments and monologues written, performed, filmed and edited solely by the American comedian.

With its unorthodox narrative style and admittedly jarring tonal shifts, it would be difficult for me to label Inside as a conventional ‘comedy special’ because, as Burnham himself highlights, “there’s no audience and there’s no crew. It’s just, uh, me and my camera, and you and your screen”. Instead of this, Inside centres on Burnham’s experience turning 30 whilst alone during lockdown, following the impact of his isolated day-to-day life on his rapidly deteriorating mental health.

Inside is filmed entirely from within one room of Burnham’s cluttered, claustrophobic LA home and was created, Burnham admits, in the hopes that “this special can maybe do for you what it’s done for me these last couple months, which is, uh, to distract me from wanting to put a bullet into my head with a gun”.

Over its one hour and twenty-seven minute runtime, Inside engages with a variety of controversial and serious themes, including depression, climate change, the internet, the dominance of tech giants, and our loss of real, human relationships. As a comedian who stopped performing live shows back in 2015 due to “severe panic attacks”, Burnham, as many critics have highlighted, is the perfect messenger for this bleak, deeply intimate message about the current state of the world and the inescapable power of the internet.

That’s not to say that it isn’t funny though, because it is. Bo Burnham: Inside masterfully balances its grounded, unorthodox style with a satirical and off-beat critique of modern life.

Burnham’s signature style of mixing social commentary with upbeat, expertly-produced songs shines through here. This is especially true in ‘Welcome to the Internet’ where Burnham assumes the role of ‘The Internet’, a vaudeville-esque villain set on enticing us with the “mountains of content” available online. Initially drawing us in on the “million different ways to engage”, the song takes a dark and sudden twist with Burnham presenting “a tip for straining pasta” alongside “a nine-year-old who died”. Even the confession that “it was always the plan to put the world in your hand”, strikes an all-too-familiar chord for all of us (myself included) who consistently fallen down the “insatiable” content-consuming ‘rabbit-hole’ that the internet presents.

My only criticism of Inside is that, as a result of the film’s rather sudden changes in tone, a few of Burnham’s comedy segments occasionally feel like throwaway gags meant to pad-out the film’s runtime. These short interjections were the probably weakest part of the film for me, but considering how consistently Burnham’s social commentary held my attention throughout every other section, this was only a relatively minor issue.

All in all though, Inside is by far one of the best pieces of ‘lockdown art’ that I’ve had the pleasure of experiencing so far and, to his credit, is undoubtedly Burnham’s most rewatchable comedy special to-date – Bo Burnham’s other specials include, ‘Words, Words, Words’ (2010 – Paramount+ and Prime Video), ‘What.’ (2013 – Netflix), and ‘Make Happy’ (2016 – Netflix).

Again, if any of the following has affected you please don’t hesitate to contact Student Support at +44 (0)29 2251 8888 or email studentconnect@cardiff.ac.uk.