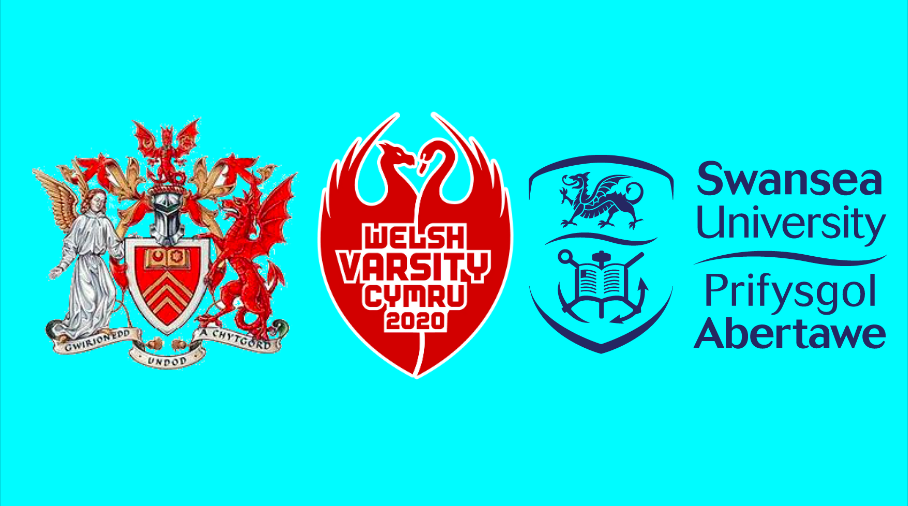 Welsh Varsity 2020, which was set to take place on April 29, has been cancelled.

The annual event, that was due to take place across Swansea University’s sports facilities next month, has been cancelled because of the Coronavirus Outbreak.

A statement on the Welsh Varisty website announced: “As you may have seen from the media, whilst public gatherings have not been officially suspended, the advice from UK Government is that in order to best protect the wellbeing of the population, we should all now avoid non-essential social contact and unnecessary travel.

“As a result, and with a heavy heart we have taken the decision to cancel the Welsh Varsity event due to take place in Swansea in April. We feel this decision is in the best interests of our students, staff and guests,” the statement read.

With an estimated 9,000 tickets sold for the event, the decision has not been taken lightly by the event’s organisers. However, the decision is within the best interests of athletes and students’ physical well-being with the pandemic escalating across the UK in recent weeks.

Similar decisions have been put in place within professional sport with the entire sporting calendar put on hold.

As the second biggest Varsity in the UK, Cardiff University and Swansea University students will miss out on the opportunity to represent their respective universities on the big stage.

The announcement means that over 45 sporting fixtures between Cardiff University and Swansea University will not go ahead. From water polo and equestrian to cricket and golf, Welsh Varsity has been a festival of sport for Wales’ two largest universities since 1997.

For the ladies’ rugby team, this means they will miss the opportunity to play at the Liberty Stadium – a chance they were not afforded two years ago when Swansea hosted the event in 2018.

The men’s team, too, will lose out on the opportunity to face up against a Swansea side that had defeated them twice in the BUCS Super Rugby season. Captain, Ben Edwards, recently spoke to Gair Rhydd about the team’s determination to beat their opponents.

To date, this is the first-ever cancellation of the event and indicates the issue that the Coronavirus Outbreak will continue to have on academic institutions, sporting organisations and the general public.

According to today’s announcement, students will receive their money back from tickets automatically.

“All ticket purchasers will receive a refund automatically, you don’t need to do anything. Whilst we will do this as quickly as possible, please allow two weeks for the payment to arrive back into your bank account.”

The event’s organisers also confirmed that the event will not be rescheduled.