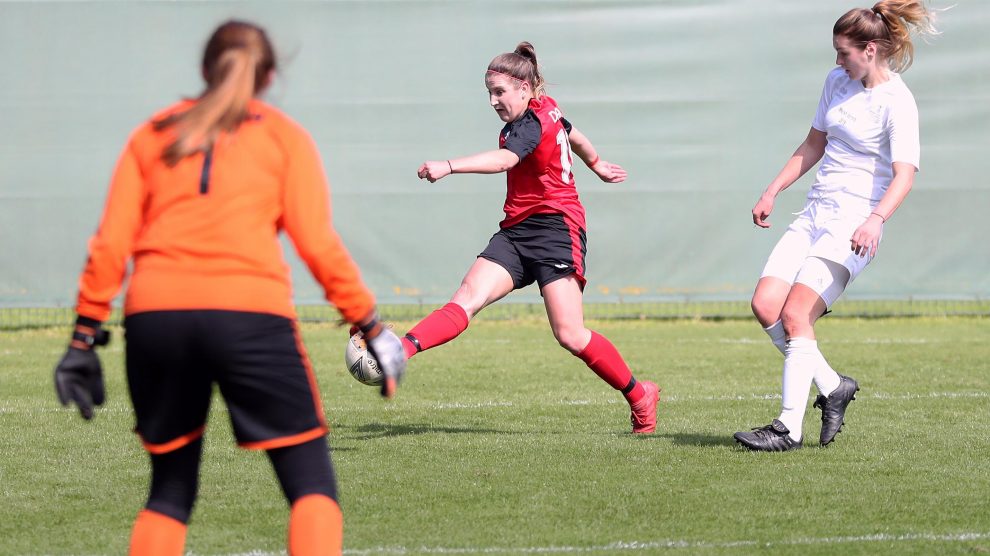 A very good second half display from Cardiff wasn’t quite enough to find an equaliser against Swansea in a game that was filled with plenty of physicality and quality.

Swansea started the game the better side, taking the lead in the 15th minute after a Swansea player wriggled away from her marker and slotted it past the Cardiff goalkeeper.

Cardiff number ten Davies, who led the line well all game, then struck back only five minutes later, finding herself at the back post and smashing it into the Swansea net.

However, Swansea’s pressure persisted and was rewarded by another goal in the 20th minute. Their lead was almost extended twice in the following 10 minutes as they hit the crossbar from a freekick and had a goal rightly ruled out for offside.

Despite this, the pace Cardiff’s front three had was always going to cause a threat on the break and they eventually levelled the score through an Edwards volley in the 32nd minute from a Davies cross. Swansea were to retake the lead only three minutes later from the penalty spot which ended up being the last goal of the game.

Cardiff came out in the second half with a point to prove and were instantly on the front foot. They were able to get more players into the final third and getting the ball down the wings with more intent which really troubled Swansea.

They still had a fair bit of defending to do, including a brilliant block from the inspired captain Fletcher, who was solid all game. The second half was constantly disrupted by injuries and Cardiff’s only real chance of note as the game ticked on was an unfortunate mis-hit from Fletcher in the 56th minute that dribbled just wide.

Overall, it was a performance that Cardiff can be proud of against a very physical opposition who killed the game effectively in the second half.