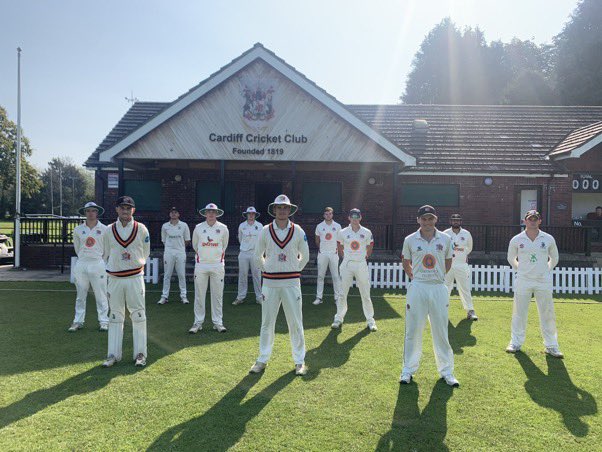 Cardiff University CC have beaten rivals Cardiff Met CC in what was a comfortable start in their BUCS campaign on Thursday.

In the 45 over apiece game at Cardiff Cricket Club, it was Cardiff Uni to open the bowling after losing the toss. Cardiff Met got off to a cautious start with the bat after some tight opening bowling from Will Sharp and Andy Gorvin restricted the visitors to 22 for 0 after eight overs.

Six overs later it was Gorvin to find the breakthrough for the home side as he found the edge of the Cardiff Met opener Ed Webb who departed for a strong 44. This much needed wicket for the home side left the visitors at 62 for 1 after 14.

With number three Ryan Avery at the crease, the visitors looked to build a partnership. But this would not last long as new bowler Patrick Holly was able to make a breakthrough with some fine leg spin bowling.

This would be the case for much of the rest of the Met innings as both spinners Holly and Alex Rennie tore into the Met attack picking up seven wickets between them with four for Rennie and three for Holly.

Two of Rennie’s wickets came in the same over as he found an edge to slip and picked up a stumping after some fine work behind the stumps from wicketkeeper Callum Russell. This left the visitors struggling on 174 for 8 after 42.

The questions being asked by spin proved too much for Cardiff Met as they faltered to a below par 179 all out after 44 overs. After winning the toss and electing to bat on a fine Cardiff day, the visitors would have been looking for more.

To begin the Cardiff University reply was Sam Wyatt and Charles Clist who got off to a strong start as they made a fifty partnership. Shortly after this landmark however Clist was out for 20 bringing captain James Kinder to the crease at 55 for one after 13.

The partnership of Wyatt and Kinder did not last long as the captain was dismissed for six, leaving the hosts 80 for 2. This wicket brought the wicketkeeper-batsman Callum Russell to the crease.

After another faltered partnership, opening batsman Wyatt was dismissed for an impressive 59 bringing the score to 100 for 3 after 20 overs.

However, with Russell still at the crease the hosts were in the driving seat as he brought up his much needed half century in the 37th over with the home-side 154 for 5. However, Russell did not stop there as he went on to guide his side to victory with an unbeaten 54 alongside leg spinner Holly who picked up a very helpful 22 with the bat. Cardiff University side brought up this comfortable victory, despite a few wobbles, with only five wickets lost.

After what has been a difficult period for all forms of the game having had last season be cancelled due to the pandemic, Cardiff Uni Cricket Club are optimistic about the future. Captain Kinder feels ‘‘excited and hopeful for the year ahead’’ and is sure that morale is ‘‘as high as always’’ heading into this year.

At the moment it is unclear what the immediate future will hold for the side as they are currently waiting for the go ahead on winter nets. Nevertheless, this comfortable win will stand them in good stead for whatever may come their way.

James Kinder is hopeful for a quick return to winter training and feels that this win will help them move on from what was a disappointing last season and ‘‘help us to look forward to hopefully a return to a full season next summer’’.