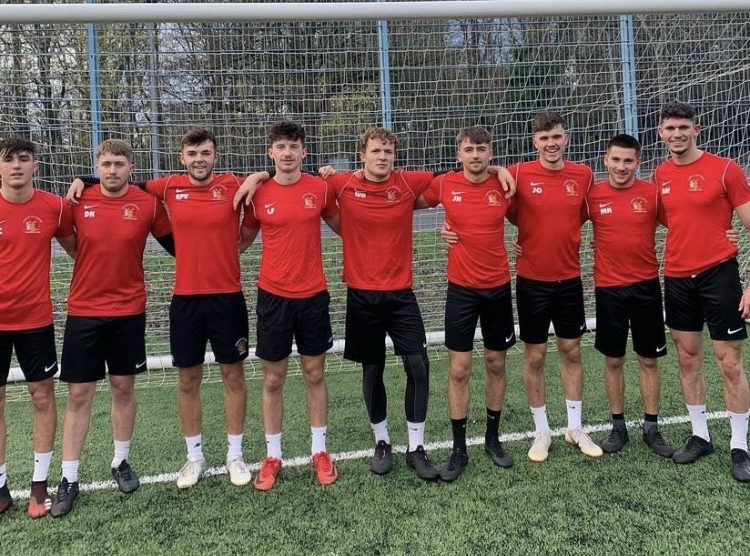 In recent weeks, it has been announced that the 2020/21 BUCS season will be cancelled. In response to this, Sport Editor Freddie Bennett caught up with Cardiff University Football Club’s Social Media and kit secretary Matthew Kimmins to discuss their response to the news and their hopes for the future of the team.

After hearing the news, Kimmins said that the decision did not come as much of a surprise as they ‘’kind of saw the news coming’’.  ‘’There was a little bit of hope for January, but that soon died down’’, Kimmins explained. However, this does not mean that there has been any lacking effort from the side. The Social Media and Kit secretary said of the team that:  ‘’the boys’ effort and attendance throughout the first semester was immaculate’’.

Kimmins gave a special mention to the enthusiasm shown in the training sessions:  ‘’training has been keeping the lads interested and developing skills with some fun, tactical sessions, which always helps’’, he said.  It is good to see that the team remains enthusiastic about the sport even with not very much game time. Hopefully when the return comes, they can take this onto the pitch.

This news has come off the back of some positive times for the team. Kimmins mentioned that ‘’you really would have thought that we were training for something’’ given the hard training and motivation from the team. This speaks volumes of the character of the team that even in these uncertain times, the team were still training just as hard as normal with sometimes four sessions a week.

Before the Christmas break, the team were able to get some game time in Intra-mural games against the Cardiff University Medic’s. Kimmins is sure that when teams can return to the field, the Medic side will want to get revenge on their 1-0 loss to Cardiff University first team.

Given the ever-changing circumstances at the present time, there are no solid plans for when Cardiff University FC may return to the pitch. However, Kimmins highlighted the future opportunity for games whenever possible. He said: ‘’we have been in conversation with a few universities to get some friendlies for the lads when we are able to and it is sensible to do so’’. While this is an exciting prospect, it is difficult to be overly optimistic about the chances of this for the remainder of the year.

While the news did not come as much of a shock to the side, ‘’it still hurt as we feel we have some special teams that would be fighting for titles in their leagues’’ Kimmins added.  It may be a shame that we do not get to see this in the current time, but hopefully once teams can return to play, we get to see these special talents winning titles for Cardiff University.

For much of the team, there would have been hopes for this year’s Varsity competition as many of the lads might be in their final years and may not get another opportunity to play in Varsity. However, it is looking likely that this year’s competition will not go ahead unfortunately.

In the short term, Kimmins and the rest of the committee are looking to keep all those involved with the team as safe and healthy as they can be before getting them back on the pitch.  He emphasised that the short-term goal was maintaining the same levels of motivation for training. ‘’Short term the goal is getting the lads training again together, keeping morale high and developing players as we have been before Christmas’’, he added. The team wants to return to the pitch with as strong a team as they can cultivate.

However, there is hope for the long term future. The team has been busy in this hiatus developing more players. Kimmins told me ‘’that we have added a few more talented players this year, therefore like the season when Covid disrupted play, we expect to be fighting for titles’’.

At the moment it is unclear when we will next get to see Cardiff Uni FC back on the pitch in BUCS competition. However, for now it is good to hear that the side are still training hard and motivated to do well when they do return. Hopefully in the not too distant future we will see the talented teams back on the pitch and pushing for titles in their respective leagues.