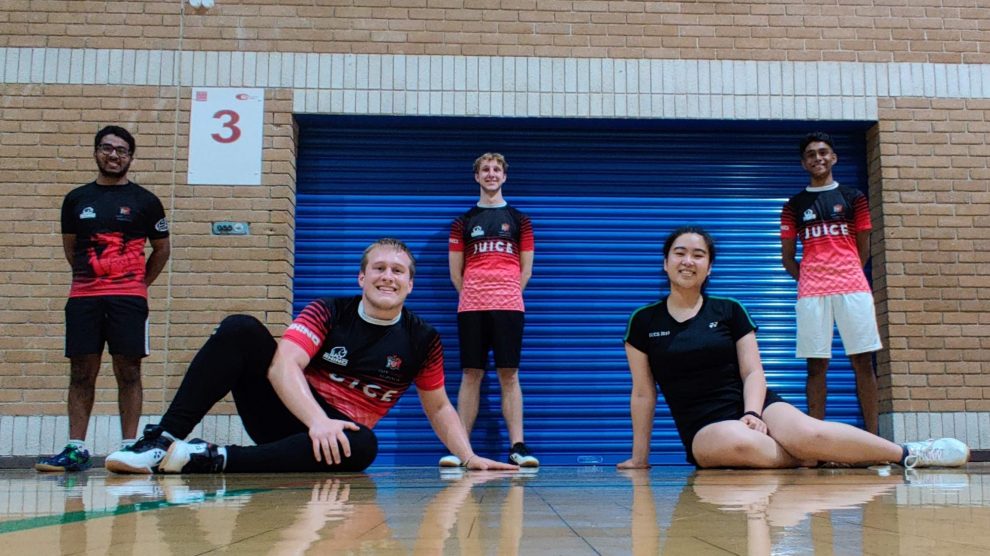 After their near promotion campaign was cut short last year, the Badminton club are looking to cement their success this year as Cardiff University Badminton returns to the court.

Over the off season, the badminton committee headed by captain William Hughes have been busy ensuring that ‘’everything was in place for people to come back and play,’’ as he told Sports Editor Freddie Bennett in an interview. Before the Welsh lockdown was announced the team were able to start training, for what looks to be a packed year for the club.

However, with lockdown around the corner, the season will be put on hold until January. With new players coming through and all of the captains building strong teams ready for this upcoming year, Hughes still remains confident about their chances for success and has ‘’high hopes for what we’ll manage.’’ That is not to say that they are not always on the lookout for new players as well as including a less competitive and more social aspect to the club.

For those who want to get involved, social sessions take place every Tuesday and Sunday outside of lockdown and will run throughout the year. This is a great chance for people who want to be involved in a team but may not be so interested in competitive tournaments and instead prefer a more casual drop-in session where any level of ability is welcome.

Hughes would ‘’love for anyone interested to come and join us’’ and more information about the club can be found on various social media applications as well.

In terms of competition this year, the members of Cardiff University Badminton Club are known to compete in the BUCS Badminton League each season. With no matches able to happen until the new year, hopefully the teams will be able to go and show off their skills against other universities in the coming months. Currently, more restrictions are placed on doubles events due to the proximity of the players and social distancing guidelines. Singles matches will still be able to go ahead as Cardiff look to for success in BUCS this year.

The club has five teams who compete regularly in BUCS competitions, three male teams and two female teams. Hughes is confident that assuming that ‘’the BUCS League goes ahead, all five of our teams have been entered, and all five are looking to be at the top of their division.’’ This is encouraging to hear for supporters of Cardiff University sport and hopefully the team will be able to get back playing competitively as soon as possible.

Furthermore, as well as their BUCS division, each year the badminton club takes their best players up to Sheffield for the BUCS national tournament, facing teams from all over the country. This year plans for this tournament are currently not finalized but the team is hopeful that they will be able to get to the tournament and prove themselves against the best in the country.

This looks to be an exciting time for Cardiff University’s Badminton Club who are looking to compete against the best around and are confident in their talent. Yet, for those of us who want to play the game less competitively, there are plenty of opportunities to get involved and work on your skills. The club is lucky in that they have coaches who will be able to help you improve and maybe in time you could be heading up to Sheffield to face off on the court against some of the best players in the country.

This year looks set to be a difficult year for Cardiff University sport. However, there is a lot of hope surrounding the Badminton Club who are looking to go further than they were able to achieve last year and gain regional and national success. This will be an exciting period for each of the teams involved.