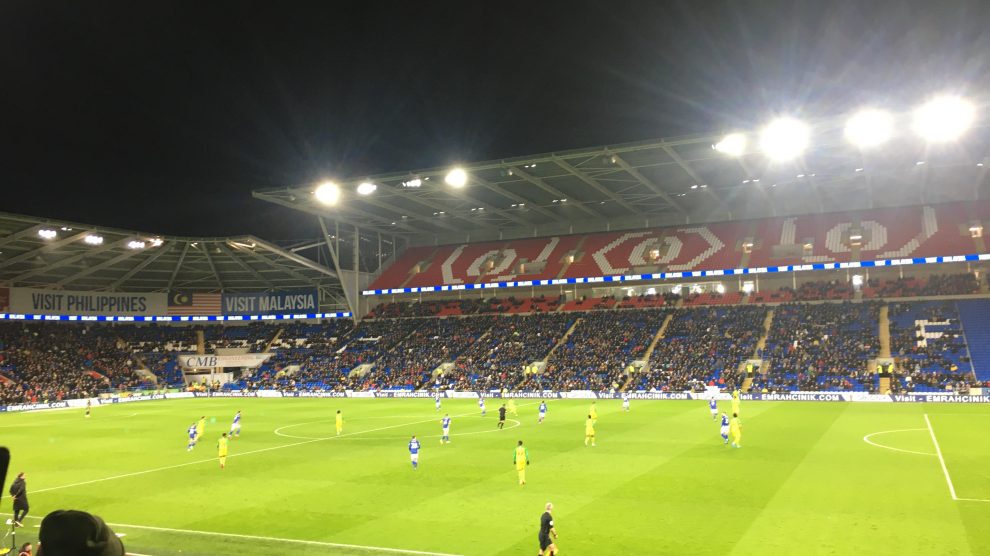 It is fair to say the start of the 2020/21 campaign has not been ideal for Cardiff City. Neil Harris’ tough start has seen them pick up four points from a possible 12, as well as crashing out of the EFL cup at the start of September to Northampton Town.

The story behind Cardiff’s late playoff push last season was their impressive home form, picking up 10 points from 15 in their last five home games to secure their fifth placed finish. However, the two losses to Sheffield Wednesday and Reading at the Cardiff City Stadium so far this campaign would contradict that narrative.

Their only win to this point came against playoff contenders Nottingham Forest. The impressive 2-0 away victory was made even more special for the Cardiff faithful as it saw new signing Kieffer Moore bag both goals.

The Welsh international was the Bluebirds’ marquee signing of the summer transfer window, coming from Wigan for a reported two-million pounds. The signing of Moore initially added a bit more depth to the striker position, but with the shock departure of fan favourite Callum Patterson to Sheffield Wednesday as well as Danny Ward leaving for Huddersfield, it now looks far from it.

Two nice loan additions have been Jordi Osei-Tutu from Arsenal, and Sheyi Ojo from Liverpool. In the most recent outing against Blackburn, the two were arguably Cardiff’s best players. Osei-Tutu offered a threat going forward from right back, whilst Ojo demonstrated some good bursts of pace with the ball and had some decent attempts at goal.

Cardiff still have until October 16th to bring in new players from other domestic teams, with the international window closing on the 5th. Following their tough start, they may consider another creative presence in midfield, as despite all the wonders Lee Tomlin produced in their playoff finish last campaign, fitness continues to be a problem for the 31 year-old, with former Aston Villa, now free agent, Jota reported as a potential target.

Alex Smithies has further demonstrated why the club elected to let go of Neil Ethridge in the summer, as Smithies continues to show what an excellent keeper he is. The Englishman particularly stood out in the Blackburn tie, showcasing his elite shot stopping on a number of occasions, helping Cardiff hang on for the 0-0 draw.

With the international break ongoing, Harris’ will hope to return back to Championship action with a fully fit squad. Joe Ralls, Josh Murphy and Joe Bennett, all regular fixtures in the Cardiff match day squad were unavailable for their last fixture against Blackburn, so the return of those three will bring a smile to the manager’s face as he plans ahead for the condensed season ahead.

The Bluebirds return to action on October 18th against Preston. This kickstarts an extremely busy end to the month, whereby they play five games in just 13 days.

It’s a rough schedule for Cardiff, but one Neil Harris and his side are not unfamiliar too. The harsh nature of the Championship means momentum is key and following their tough start, is not something Cardiff have right now. Harris will be hoping the international break gives his team the chance to reset and go again, overcoming the tricky start they have put themselves in so far.