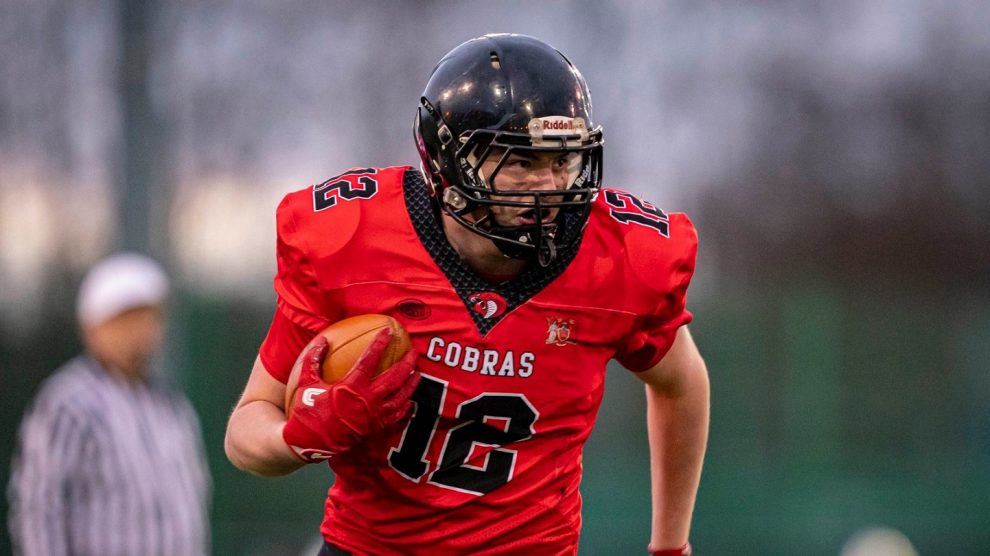 The Cardiff Cobras have had an excellent regular season. Their win last Sunday over Southampton meant they finished a perfect 8-0 rounding off an incredibly consistent and impressive 2019/20 campaign. Gair Rhydd Sport spoke to Club President Jack Pitt a few weeks ago looking at their start to the season, and we caught up with him once again, as he said that leading the team this season has been “an absolute honour”.

“We have had bumps on the road but together we have discussed them and come up with solutions that have enabled us to create a bit of history.

“It really stands testament to the quality of not only the players but the coaches too.”

Evident from our previous interview was the significance that Pitt placed on the mentality of the whole team. This stretches from the players to the coaching staff, and it is this same determination that has been at the focal point of the club’s success.

“The team’s commitment again is what impressed me the most,” said Pitt. “Every man works hard on and off the field in order to better themselves, in order to be able to contribute to the team.”

The last time the Cardiff Cobras achieved a flawless regular season was back in 1994. This epitomises how good the team has been, but the hard work does not stop now. Success comes with expectation, and being undefeated means being favourites. However Pitt is confident that his side “have what it takes”.

“There are a number of great quality teams going into the playoffs this year that have perfect or near perfect records much like us.

“We have to be cautious of what the other teams are capable of, but enter the games with confidence that we can execute.”

To end the regular season, Cardiff defeated Southampton 43-27. This was the second time that the Cobras scored over 40 points against a Southampton side that struggled to contain the rushing and passing attack of Cardiff.

Preparation and analysis is imperative to be successful in American Football, and this involves scouting opposition teams. The game plan was executed very well against the Stags, with Pitt outlining how prior to the match his side “felt we knew their tendencies coming into the game”.

“In the previous fixture, we had run more than 500 yards on them so the bulk of the plan was to continue exploiting a clear weakness in their game.

“We decided to run inside until they stacked a lot of players in the box to stop the inside run, then we ran it outside and utilised the quick passes to exploit their overcompensation.”

The Cobras secured a playoff spot over two weeks ago so they don’t know at this point who they will be facing off against. Preparation has already started, and Pitt outlined how “we are excited to get going”.

“We have a week off now before our first game on March 1, and whilst we’re not certain of who we’ll be facing we certainly have an inkling. The break gives us time to rest some niggling injuries and to get our heads into the film.”

Cardiff could cap off a history-making season with promotion and a potential upset against the Swansea Titans at Varsity in April. Swansea have got the better of the Cobras in the latest two encounters, however, this is a vastly improved Cardiff side who are “relishing the opportunity to prove ourselves to the rest of [the] Britball community.”

“For many of the boys including myself, these are the last few times they’ll be pulling on the jersey.

“They want to do it justice. It’s going to be one hell of a finish.”