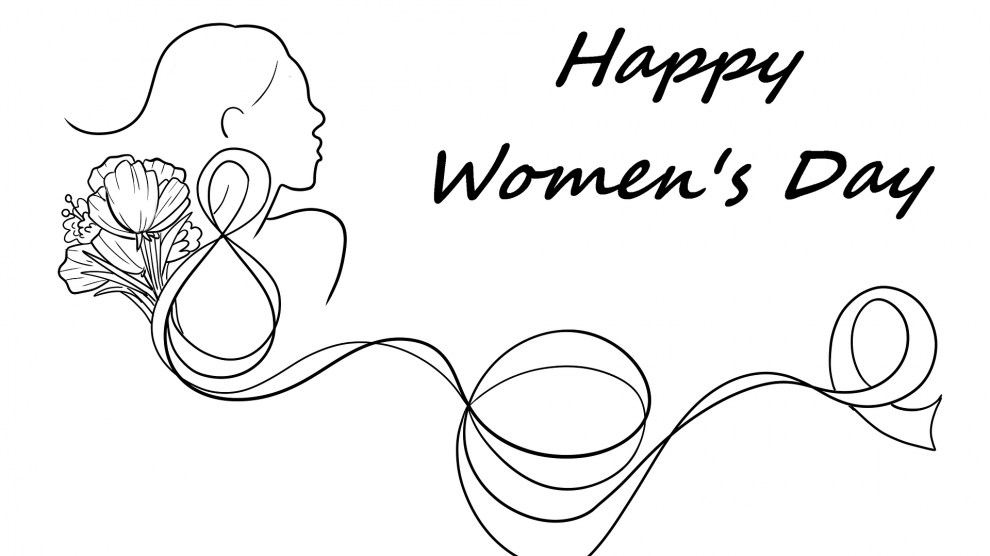 Women have it hard; saying that, everyone has their struggles, but for now let’s just focus on women.  This year International Women’s Day (IWD)’s theme is #EachforEqual, and as a result promoting one of our fundamental rights, the right to equality. Because isn’t equality something we all deserve?

According to the IWD “The first International Women’s Day occurred in 1911, supported by over one million people”. This is just 7 years before women were allowed to be elected into parliament in the UK in 1918, and 17 years before they were given the right to vote in 1928. Women were not born equal, they were seen as domestic beings only fit to serve men. They fought for the right to vote and even in 2020 they are still fighting for equality. This inequality is seen within our universities as one of the reasons the UCU are striking is due to the gender pay gap as female lectures a payed less than their male colleagues. This isn’t just within universities but across various establishments who refuse to pay women and men equally for doing the same job.

People often face adversity as a result of menstruation and their inability to obtain sanitary products. This is called period poverty, and it isn’t just an issue overseas, sometimes it is closer to home. According to the charity Compassion UK “One in 10 girls between the ages of 14 and 21 in the UK have been unable to afford sanitary products, while 49% have missed an entire day of school because of their period”. They continued by stating that “In the UK, period poverty has caused more than quarter of women to miss work or school”. This demonstrates the extent of the issue and that it can happen to people of various ages. We are united in the struggles of menstruation globally and it unfair that we should have to suffer as a result of not being able to afford these products.

In the last couple of weeks Scotland has not only set the standard for the UK, but also for the rest of the world, as they became the first nation to create a bill that will make sanitary products free to all who need them. The Period Products (Free Provision) Scotland Bill passed with 112 votes in favour. Hopefully, in the near future other nations will adopt a similar bill, which would eventually lead to an end for period poverty. During David Cameron’s time as prime minister, the government stated they were going to abolish the tampon tax, as sanitary products are currently taxed 5% in the UK. They were apparently unable to do so as a result of European Union rules. This then spurs the question, will we see change once we leave the European Union?

Another issue that women face more often than not is, sexual harassment. It is an increasing issue within the UK, and closer than that we see it as a frequent issue in Cardiff. Women raise awareness of these issues on the likes of Overheard at Cardiff, speaking of their experiences with men following them home from nights out. It’s almost expected to see one of these posts after a night out, to the point where some women are calling for an app or a group chat to be made for women to find others to walk home with on a night out. We shouldn’t have to feel unsafe within our city, scared of the fear that passing a new corner somebody might jump out and assault us.

Growing up, whenever men made lewd or inappropriate comments, I often just ignored them and let it go over my head, it’s something that as a female I was used to and took no notice of. Then the other day I had enough, some men in a bar in Swansea began to harass me and I decided to stick up for myself, and after doing so I left the situation and avoided the men for the rest of the night, that was until their friend approached me. This friend began blaming me for “misinterpreting” what his friends had said, telling me that I had “blown it all out of proportion”, essentially victim blaming me when I had in fact done nothing wrong. I was lucky that I had the guts to stand up for myself and that the people I was with and the security of the bar took the situation very seriously, and the men ended up being escorted out. I hate to imagine what would happen if the situation was worse, or perhaps if these men were targeting someone more vulnerable, it’s something that doesn’t bear thinking about.

It’s wrong that in a society this type of harassment has become the norm, and that we are so used to it that we have a tendency to ignore it, when in reality we should hold those to account and stand up for women in these situations. The IWD website expresses that “Equality is not a women’s issue, it’s a business issue”. Therefore, we should all work together to ensure equality among genders, to close the gender pay gap, to raise awareness of period poverty and to minimise sexual harassment. After all we are supporting our mothers, sisters, daughters, family, friends and women in general to increase the likelihood of a more equal future.