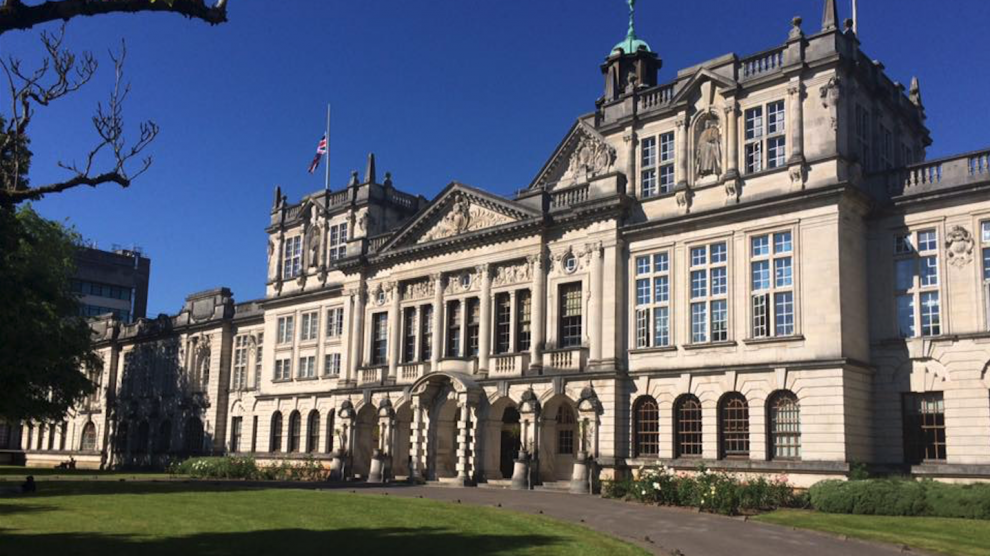 On the day I moved to university, I didn’t want to be there. I’d had a pretty rubbish couple of weeks prior to moving in, and had been left feeling disillusioned, sad and demotivated. On my first day, my Mum had told me that she would take me to halls at around 5 o’clock, but by half past 4 I was still lying in bed. With ten minutes to go, and in a state of confused panic, I had run around my room and emptied a few random clothes into Asda carrier bags, stuffed my duvet into a bin liner and grabbed my laptop. With a heavy heart, I got into the car and arrived at my new home: Talybont North. And I tell you what, if you want to kick a girl when she’s down, you leave her there.

My fresher’s experience was interesting. My diet for around the first three weeks consisted mainly of dry cornflakes that I would eat straight from the box whilst lying in bed, and within the first month I had racked up a spending bill of over £1,000 (mainly on shitty nightclub entry and jaeger bombs). My student loan had knocked me sideways; I couldn’t quite believe the digits in my bank account were real. Miraculously, despite my shaky start, I began to flourish and revived my confidence. My dingy Taly North bedroom became my own small haven, and by the time I ended up transferring degree programmes in February, I couldn’t bear the thought of leaving it.

The reason I bring up my stark reversal in attitude is because this week I have had a personal revelation. When pondering the journey that university has taken me on over the past four years, I’ve realised that I undoubtedly live in the past. I’m a serial memory-hoarder. I often choose to resist any major changes when they present themselves, and at every crossroad that I come to, I choose to bury my head in the sand. For example, on the last day of High School in 2012 I cried uncontrollably (believe me, there’s too much photographic evidence), and on my final day of Sixth Form in 2014 I drank one too many fruit ciders and cried because I couldn’t imagine that life would ever be more enjoyable. But the reality is that life did get better. Things changed, but you have to close one chapter in order to move onto the next. The problem is that all-too often I become obsessed with the idea that the best days have already passed, and the future looks gloomy and uninspiring. Now, at the momentous sliding door moment that is finishing my degree, I must remind myself that change can be exciting, with people to meet and new opportunities to grab. In a couple of weeks, I will be tipping my hat to Bute Building, bidding Cardiff University a fond farewell and sailing off into the sunset. But not before a lot of tears are shed.

University is a steep learning curve, but undoubtedly the best thing about it is the abundance of people that you meet and the friendships that you create. I attended a Welsh Catholic High School, which meant that, unsurprisingly, most of the people I knew were Welsh Catholics. Whilst I loved the people around me, for the majority of my early life I lived in an exclusive bubble where I thought everyone must know what Mass was, with a favourite hymn and a Confirmation name. I was ignorant and sheltered without much knowledge of the rest of the world, or indeed, the people in my community who had had a different upbringing to me. My international flatmate taught me more about her culture in the first month than I had known in my whole life before. Despite our seemingly different upbringings, I had more in common with Sarah from Kuala Lumpur than I had with many of the people from home, and we bonded over our love for coffee cake and Kanye West. I will forever be indebted to her for everything that she has taught me and continues to teach me. The three years at university will present you with people who will shake up your life, some for better and some for worse. But it’s up to you to pave your own path, make the most of every situation and relationship that you find, and create your own luck.

In Dolly Alderton’s debut novel, she claims that “places are kingdoms of memories and relationships”. I couldn’t have said it any better myself. The truth is that if you took your nearest and dearest out of Cathays, it would just be a smelly, dirty suburb with mouldy food bins and discarded kebab wrappers. But in the future, if my friends and I happen to visit Richards Street, Brithdir Street, Senghennydd Court or Talybont North, we’ll discuss the parties we had, and the people we met, and the days we spent lounging on the sofa when we definitely should have been in lectures. We will fondly remember our house Christmas dinners, and entire afternoons spent trying on each other’s clothes trying to find an outfit for Juice. As time goes on we’ll forget the damp corners, the shady neighbours or the drunk arguments. The occasional below-average coursework grade won’t even spring to mind. Despite what teachers and parents may tell you, university is not just about academia. It is about bumbling your way into adulthood, it’s about learning about yourself and the people around you. At no point in your life will you have this much freedom, and have the opportunity to live with your best friends, have spontaneous nights out on a Tuesday without worrying about any serious repercussions.

I met my best friends in the most random of places, from Glam toilets to Law registration queues. However, not every person you meet will become your best friend – but they will all still be a valuable part of your journey. From the boy in Talybont Gate who sat in our kitchen in first year and told us we really must visit his “penthouse apartment”, to the girls who I met in nightclub toilets, added on Facebook and never spoke to again. To my first-year flatmate who never left her room, or my friend’s various Tinder dates who we would meet fleetingly over breakfast. I would be lying if I said I would pass up the opportunity to do the past four years all over again, but the biggest piece of advice I would give to those people in their first and second years is to make every day count. If you haven’t met “your people” yet, there is always still time. I’ve met some of the loveliest people even in my fourth year of university, who have taught me valuable lessons that I will take onto graduate life. Like I explained in last week’s column, you get from university what you put into it, both academically and socially. You should try your best to make the three years rewarding, enjoyable and filled with fond memories that you can look back on in the future when you’re working 9-5 Monday to Friday with only 5.6 weeks’ holiday a year.

If someone had told me on my first day of university the adventure that lay before me, I wouldn’t have believed them. I would have laughed and turned over in bed, buried my head under the duvet and tried to resist any change. The truth is, however, that my time at Cardiff University have been unforgettable, and all for the right reasons. Don’t get me wrong, there have certainly been down days (dropping out of my first degree was one of them) but my propensity for nostalgia means that these are overlooked in retrospect. If you’re also experiencing the near-graduate blues, try and stay positive. Just like the sadness you feel when you get back from a sunny holiday, you will probably feel gloomy for a little while. But as one door closes, a million others open. Who knows where you will be next year? This is an overwhelmingly exciting time, and your path is not carved out just yet.

For now, sit tight, be open to every opportunity that comes your way, and leave with a host of memories, lifelong friendships, and a degree to boot. Thank you, Cardiff University, for allowing me to meet people who have changed my life, experience unconditional love, reach my potential and instil a confidence in me that I never thought I had. Now, I know, the future is bright.