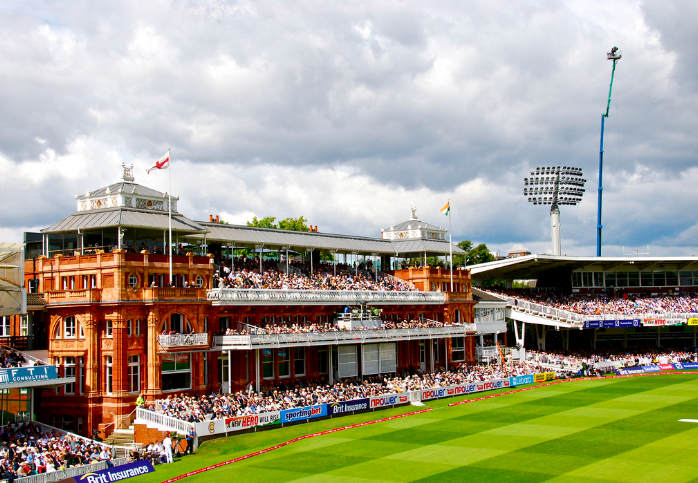 Few teams have successfully conquered the testing conditions of Sri Lanka. The Island holds a unique challenge for visiting sides. Prior to England’s visit, only two sides had achieved a series whitewash over a Sri Lankan side in Sri Lanka.

Having not won a Test match away from home since 2016, England went to Sri Lanka desperate to end this poor run of form. Following an impressive summer, having defeated World number one side India, England could hold some optimism prior to their tour of Sri Lanka. After a rain-affected one-day series, many thought that the Test series would be cancelled because of the weather once again. Luckily for the fans, no such thing occurred and we were treated to a hotly contested series.

The first Test marked the first time in 158 matches that England would play without Alastair Cook. It was also be Rangana Herath’s final Test match, the last man to be capped in the 20th century to retire from Test cricket.

Ben Foakes made a surprise debut, despite having only been a late call up to the squad for the injured Jonny Bairstow. Rory Burns was the man to replace Alastair Cook at the top of the order.

England, as has become a regularity, began poorly with only Keaton Jennings offering resistance with a score of 46. Once again, England’s middle-lower order were forced to save their side.

Foakes, in his first International innings, recorded a maiden Test century, ably supported by the ever reliable Sam Curran and Jos Buttler. With a respectable score of 342, England knew they still needed to bowl well in order to keep control of the game.

Moeen Ali took 4-66 to help bowl the Sri Lankans out for 203. Keaton Jennings then reminded selectors of his talent against spin and recorded only his second Test match century taking the tourists to 322-6, before Joe Root decided to declare.

It was a long awaited century for Jennings who last hit the 100 mark for England back on his debut.

With a lead of 461, England were in control of a disappointing Sri Lankan side. Moeen again shone with ball in hand taking 4-71, as the hosts fell to 250 all out. England had broken their abysmal run away from home and finally recorded a victory. Foakes due to his century and incredible work proved that he is England’s best gloveman behind the stumps.

England named an unchanged side for the second Test as they hoped to secure a series win. They started off poorly and were saved by fifties from Buttler and Curran, ending their first innings with a disappointing 290 all out.

Roshan Silva punished the tourists with an impressive 85, as the hosts were bowled out for 336, with Adil Rashid and Jack Leach taking three wickets apiece.

England responded fantastically, as half-centuries from Foakes and Burns were over-shadowed by a true captain’s innings from Root, scoring his 15th Test century leaving Sri Lanka needing 300 runs for victory. Leach dominated the bowling as he took his maiden five-wicket-haul to claim victory for England.

For the final Test, Jonny Bairstow returned to the side to replace the injured Curran, as England focused on batting, whilst the seam unit took a back site.

James Anderson was also rested as Stuart Broad replaced his regular bowling partner. Bairstow heralded his return with a century from the number three spot, the first in the position for 52 England innings.

England scored 336 all out. Once again spin bowling ruled supreme, as Rashid claimed five wickets to dismiss the Sri Lankans for 240. England followed this with an aggressive innings, containing only a half-century from Buttler, as they set their hosts 326 to win the game.

Kusal Mendis and Silva scared the visitors with well-timed half-centuries, but both were dismissed and England looked to be on a clear road to victory.

However, England struggled to end a dangerous 10th wicket partnership and only managed victory by 42 runs. They have Leach and Ali to thank again who both took four wickets apiece. The two spinners ended the series as England’s joint-highest wicket-takers, with 18 dismissals.

England have proven that they have developed into a side who can win a series against good opposition. Root has also gone a long way in dismissing some his critics and impressed as captain of his country.

England’s main issue still lies in the position of wicket-keeper. Bairstow has expressed his desire to hold onto the gloves, both on this tour and in the summer.

Bairstow’s reaction to losing the gloves has been childish on both occasions. His statistics haven’t been outstanding over the past year, however, it is undoubtable that he is one of England’s best batsmen.

Sadly for Bairstow, he is not England’s best gloveman. Foakes, for years, has been discussed for his competence behind the stumps, now he has also proven that his batting is good enough to play at Test level.

England have to be careful not to indulge Bairstow’s ego. The 29-year old must realise that he has to co-operate and not compete with his teammates.

Ultimately, Foakes is the best gloveman, Bairstow is the best batsmen and Buttler provides the counter-attacking ability that England so often need lower down the order.

Furthermore, England need to fill a gap at number three and Bairstow is one of the only batsmen talented enough to fill it. He must put his ego aside and realise that it is an honour to play for your country, and no-one is bigger than the team.

England are looking well prepared for the Ashes next summer and also their next series against the West Indies. The selectors have the delightful position of having many talented players to choose from, making the decision of who to select difficult, but it’s not due to a lack of ability.