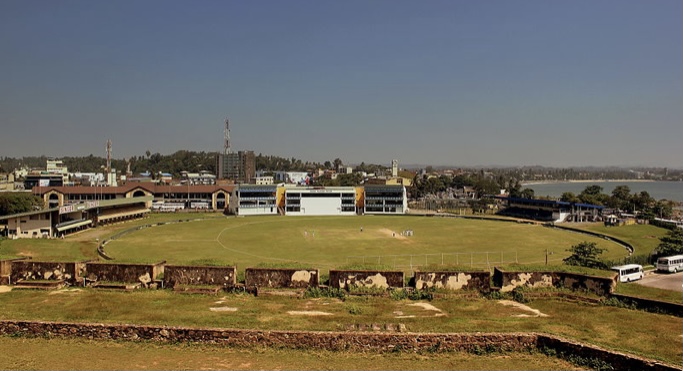 In their first test match of the new year, England triumph over Sri Lanka in Galle by seven wickets. Though, the going was not so easy. In the humid Sri Lankan heat with a spinning pitch to contend with, the game was not short of twists and turns.

The home side won the toss and elected to bat first on the opening day and would have looked to rack up a big first innings score with batting conditions almost as prime as they can be.

Yet, this was not the case as the ever-present paceman Stuart Broad took early top order wickets, leaving the Sri Lankan side exposed. This was a classy performance from Broad as with Sri Lanka normally being a haven for the spin bowlers, Broad showed he can take wickets anywhere.

At 25-3 Sri Lanka would have been concerned, yet the veteran middle order batsmen Angelo Matthews and Dinesh Chandimal steadied the ship. This was until Broad broke this important partnership and got through Matthews’ defenses, making it 81-4. Soon after, Chandimal was dismissed by left-armer Jack Leach leaving the home side on 81-5.

Sri Lanka lost their further five wickets for 54 runs as young right arm spinner Dom Bess cleaned up the tail, giving him a five -wicket haul. The hosts were all out for 135 in a batting display that was not in-keeping with the conditions of the opening day.

In their reply, England did not get off to the best of start, losing both openers Dom Sibley and Zak Crawley cheaply at 17-2. But enter Joe Root. The England captain went beyond steadying the ship and in reply to criticism of his batting in recent months, Root took on the Sri Lankan attack and amassed an enormous 228 runs in a seemingly effortless performance on facing spin bowling. With a big year of Test Cricket, it is great to see Root scoring some runs.

However, it must be said that the important partnerships he had with Jonny Bairstow and debutant Dan Lawrence, who were out for 47 and 73 respectively, helped England get to 421 all out in their first innings with a lead of 286 runs.

In their second innings, it was important for Sri Lanka just to bat. With days left of the game, digging deep and batting long was key in order to get any chance of getting some control back. The home side got off to a very positive start as both openers looked to put pressure back on the English bowlers.

Sri Lanka’s opener Lahiru Thirimanne went big and scored 111 while his opening partner Kusal Perera was dismissed for 62. A very important partnership here set up an interesting second half of the game.

A crucial 72 from Angelo Matthews carried the lower order and helped Sri Lanka get to 359 all out with Jack Leach picking up a five-wicket haul. England needed 73 for victory, but things were not quite as easy as they seemed. The pitch in Galle became increasingly unpredictable which brought the Sri Lankan spinners Lasith Embuldeniya, Dilruwan Perera and Wanindu Hasaranga firmly into the mix.

Once again, both openers Sibley and Crawley were dismissed early by Embuldeniya which added more pressure into proceedings. Follow this up with a chaotic run out which saw Root heading back to the pavilion and England were probably glad day four ended when it did. Going into the last day they required 36 with Bairstow and Lawrence at the crease.

On the fifth morning on January 18, England would have felt the nerves. However, these two batsmen got to the target within the first hour, resulting in a seven wicket victory for England.

With plenty of good performances throughout the game, it was great to see Lawrence and Bairstow there at the end. With so much competition for places, these two would have left the selectors with some difficult decisions over the coming days before the next test on Friday.

However, despite these impressive performances from the likes of Root, Lawrence and Leach, none can quite compete with English super fan Rob Lewis. Lewis flew out to Sri Lanka for this series last March and as that series was postponed due to Covid-19, Lewis stayed out in Sri Lanka for ten months only to view this game from atop the Galle fort which sits next to the ground. A brilliant story and a great performance from Rob!