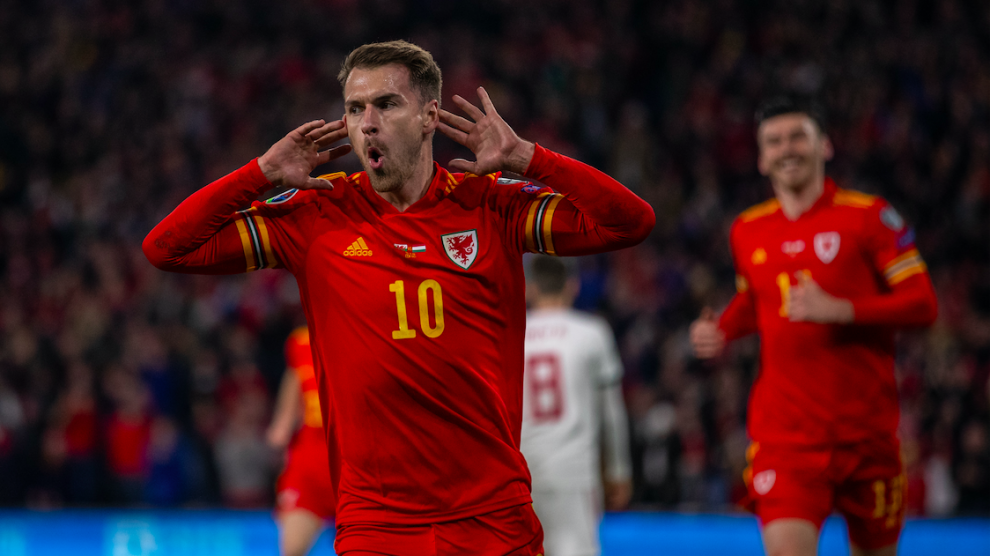 Whilst qualification may now seem like a normality for younger fans, it is important to reiterate just how significant this is for Ryan Giggs’ side.

As a member of the famous Euro 2016 side who reached the semi-finals in France, defender Ben Davies reiterated the significance of qualifying post-match.

“This was a fight [compared to 2016]. We probably thought it was going to be tough after the summer games but we’ve turned a massive corner and we were good again tonight.”

One key factor in Wales’s qualifying campaign was the recent return of Aaron Ramsey. Now at Juventus, the Welsh midfielder appears to be getting even better. His two crucial goals against Hungary ultimately confirmed Wales’s place at EURO 2020 and Davies commented on his team-mate’s quality.

“I thought he was class for us tonight… he was top, top drawer.

“It makes you wonder what we were doing for the rest of the campaign without him.”

As well as being a coming-of-age result for Wales’s young squad, Giggs described it as one of the best nights of his life.

“It’s a fantastic achievement. With the amount of players that I’ve used, they’ve all bought into the way we play… As a squad, we can improve because we’ll have to,” said Giggs.

The former Manchester United player had many critics when he came into the job. However, despite qualifying for only Wales’s third-ever tournament, has Giggs silenced those who question him?

“Hopefully it’s gone a long way [to silencing critics]… this is just the beginning, we’ve seen a lot of young players and they can get better.”

Within Giggs’ starting line-up from last Tuesday, there was an excellent balance of established international quality and promising young players. The mix of players such as Gareth Bale, Dan James and Chris Mepham means that Giggs deserves great credit for creating a well-balanced side.

The last time Wales played Hungary before last Tuesday’s decisive win was a 1-0 defeat in Budapest. That defeat left Wales on three points from three games and desperately needing a turnaround in fortunes.

To qualify from such a precarious position in a competitive group portrays an element of determination and belief that Giggs has installed in this group of players.

The draw for EURO 2020 takes place this Saturday with Wales placed all the way down in pot four. A tough group could await Giggs and his men next summer, but nothing will faze this group of players.

For now, though, the players, coaching staff and the nation can get excited for another memorable summer.

Pack your bags, Wales are off on a European adventure.