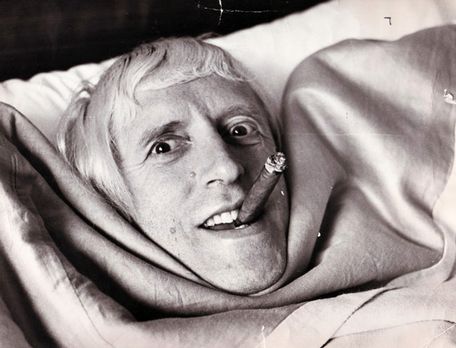 The sexual abuse allegations involving beloved TV presenter, British DJ and charity worker Jimmy Savile have been nothing less than controversial. Not long after his death, Newsnight, the BBC’s flagship and often hard-hitting affairs show, started an investigation, though it was rapidly dropped.

Meirion Jones, who was the first paid Head of Student Media at Cardiff University, headed the investigation into the allegations. However, the Newsnight special was cancelled by senior executives due to “editorial issues”.

Jones then approached Panorama, a rival BBC show, in order to investigate and shed some light into why the Newsnight special was cancelled.

Jimmy Savile rose to fame for his television show Jim’ll Fix It, which ran for 20 seasons, amassing more than 200 episodes in its 19 year run. The show was based around children writing into the show to ask for their wishes to be granted. It became a ratings hit and a family favourite broadcast.

For his charitable work, Savile was knighted by the Queen. This position is believed to have granted Savile the proximity to abuse hundreds of children.

After Savile’s death, Scotland Yard revealed that they had launched a formal investigation pertaining to his involvement in allegations of child sex abuse.

The BBC has been criticised for turning a blind eye on the allegations surrounding Savile. The UK’s most respected media organisation provided the premises where Savile would allegedly abuse children he met on his shows. The fact that the BBC scrapped the Newsnight special did not help the organisation.

On 3rd October 2012, the ITV documentary, “Exposure: The Other Side of Jimmy Savile”, kick started the whole Jimmy Savile furore. The documentary features various women stating that Savile abused them when they were teenagers.

Former colleagues said that Savile did not hide his interest in young girls from them, while another said that he had walked in on Savile kissing a teenage girl. One woman stated that Savile had sexually abused her in 1970, when she was just 14. She had wanted to pursue legal action but was discouraged after being told that it would lead to a “media circus”.

Following the documentary, many people came forward and made fresh allegations stating that Savile had abused them on BBC premises.

On Panorama, Meirion Jones, who was Head of Student Media in 1980, stated that Newsnight editor Peter Ribbon suddenly “went cold” on the story. Jones explained that he had warned the editor that if he shelved the story after all the preparations they had put into it, it would reflect badly on the BBC.

He said that, “I was sure that the story would come out one way or another and that, if it did, the BBC would be accused of a cover up. In fact I wrote an email to Peter saying the “the story is strong enough” and the danger of not running it is “substantial damage to the BBC’s reputation”.

George Entwistle, Director General of the BBC, told a committee of MP’s on Tuesday that in retrospect he was surprised that the Newsnight investigation into Savile was dropped by Peter Ribbon and that “further investigation would have been appropriate”.

Like Meirion Jones said, one way or the other the story will come out, we just have to wait.