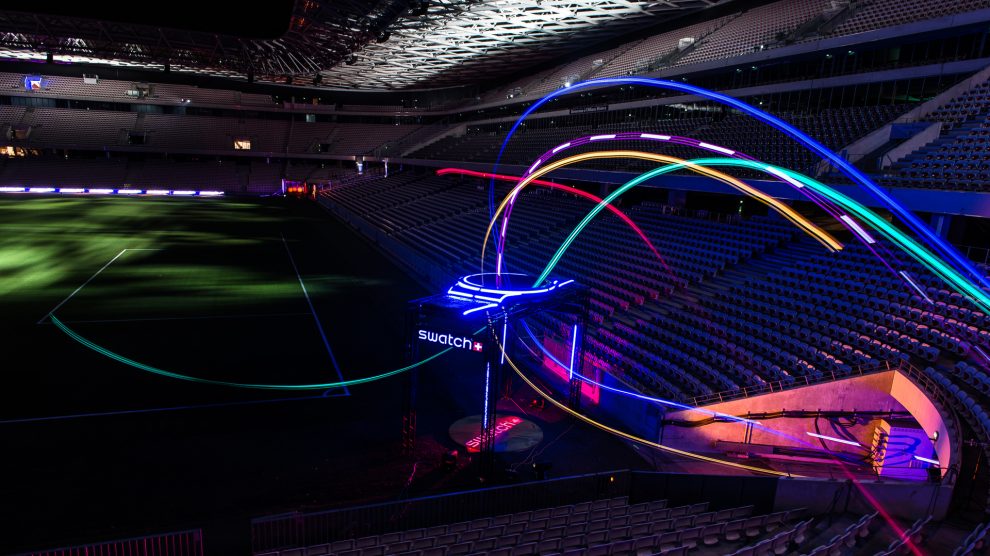 Despite the pressures of COVID-19, the formerly ‘underground’ sport of FPV drone racing remains to be one of the newest and fastest growing global motorsports.

First-Person View Drone Racing (often referred to as ‘FPV Drone Racing’) is a relatively new sport in which ‘pilots’ remotely operate a custom-built, high-speed drone and, using a visual display mounted to their heads, race other pilots through several designated checkpoints. With drones reaching speeds up to 90 MPH, professional races are well-attended and have been held in cities around the world such as London (Alexandra Palace), Miami (stadium of the Miami Dolphins), and Singapore (Gardens by the Bay).

According to a recent analysis composed by Polaris Market Research, investment in the global drone racing industry is forecast to grow considerable and, by 2026, the market is estimated to be worth over USD $2.1bn (£1.5bn) – For reference, the entire industry was valued at little over USD $411.8 million back in 2019.

This relatively new e-sport began back in 2011 and, after receiving new investment and sizeable international attention, is now seeing near unprecedented levels of growth. Whilst there are numerous organisations that govern the sport, the most significant is the Drone Racing League (or DRL) which is currently entering its 5th Season of one of the largest professional drone racing competitions: ‘The DRL Allianz World Championship Season’.

Rachel Jacobson, the President of the Drone Racing League, described the emerging industry as a new, modern motorsport that crosses “traditional sports” with “cutting edge technology, innovative storytelling, and esports competition to engage the next generation of fans.” As the former senior vice president of global partnerships at the NBA, Jacobson also expressed her interest in working alongside “new global partners” in order to expand the presence of “the thrilling sport of professional drone racing” across the world.

In 2021, FPV Drone Racing has become a highly-sponsored sport that is currently broadcast on a range of digital platforms, including: YouTube, Twitter, and Sky Sports (occasionally).  As a result, the popularity of this e-sport has risen rapidly over the last few years with a range of international events becoming more accessible for audiences.

Beginning as an “underground” or amateur sport, First-Person Drone Racing found its footing between 2011 and 2013 when, following interest in the fledgling sport, a range of semi-organized amateur events were held in Central Europe and Australia. Over time, as many prominent figures in the DRL now agree, new technological developments allowed for large global events to be held and broadcast more frequently, causing a surge in viewership and investment.

Alongside most other sports however, many events have now postponed due to the continued presence of COVID-19 and, with restrictions preventing almost all international travel, only a select few socially distanced races are being held for local competitions. Additionally, DRL have also released an online drone racing game where simulated competitions are being held on Xbox and Steam.

Jean-Francois Denis, Executive Director of the International Universities Drone Racing Organization, commented that although drone racing may appear “somewhat confusing for first-glance potential spectators”, this new “pilot-centric sport” has seen unprecedented growth over the last few years. Speaking on the future of drone racing in the modern world, Denis asserted that “for this sport to have a competing chance against its motorsport peers”, global drone racing must expand out across the world and “think beyond its current state.”

With its surging popularity and continued investment in holding professional racing events, FPV Drone Racing is currently one of the fastest growing motorsports in the world which, if recent analysis is correct, also has the potential to become a mainstream motorsport.