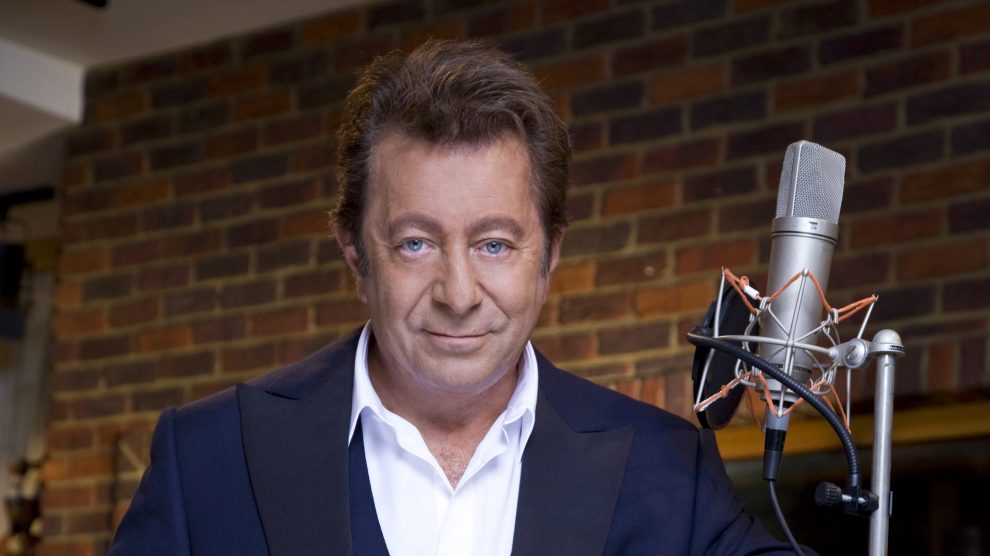 Now that COVID-19 restrictions are easing across the UK and in-person musical performances are beginning to return, Gair Rhydd sat down with Jeff Wayne, the American musician and composer behind ‘Jeff Wayne’s Musical Version of The War of The Worlds’, to talk over his almost 50-year history building a performance around the iconic science-fiction story.

Looking back at his earlier career, Jeff Wayne said that his relationship with H. G. Wells’ ‘The War of The Worlds’ began back in the 1970s, a point in his career when he remembers “composing quite a lot of media music.” Around this time, Wayne said that he was often preoccupied with “producing and arranging for certain artists in the pop field”, including the English singer-songwriter David Essex.

Although he enjoyed this kind of work, Wayne confessed that he was always determined to find his own inspiration as an artist and composer – He recalls often speaking to his father, the actor and performer Jerry Wayne, about this:

“My dad kept reminding me that, as a composer, he knew that I was hoping at some point in time to find a story that I would sort of fall in love with and commit to trying to create something around that story.”

Around this time, Wayne said that he and his father were searching for inspiration in various places and had started by “reading quite a number of books” together. One night before going out on a tour, Wayne specifically remembers his father wishing him well and then handing him a book – A

“It was H. G. Wells’ The War of The Worlds”, a novel that Jeff Wayne admits that he “really wasn’t all that familiar with” at the time.

As one of the first science-fiction stories to centre on a conflict between humankind and a race of hyper-advanced extra-terrestrial beings from outer-space (the ‘Martians’), many consider H. G. Wells’ nineteenth-century novel to be one of the most iconic science-fiction stories of all time. The novel, as the result of this success, has never been out of print in its 123-year-long lifespan.

“When I read it in that period,” Wayne said, “of course there was no internet, no Google or anything electronic, so having a book was a good companion at times. I read it quite quickly and, on one read, I was hooked by it to tell the truth.”

Wayne explained that, after reading the book, he and his father were both captivated by the story and determined to compose music around The War of The Worlds. Following the death of H. G. Wells several years before, Wayne and his father reached out to Wells’ son Frank to discuss the opportunity to create a musical version of the novel.

“We presented ourselves and it wasn’t very complicated as it turned out. I guess that the points that communicated most to Frank was that, A: we were a sort of father and son team that had hooked up to produce a musical work around his dad’s story, and that I, on the creative side, wanted to interpret it exactly as his father had created it – A dark victorian tale set in England, in Surrey specifically – but also to keep the themes so that it wasn’t just an alien shoot-em-up type of science-fiction story, but that it had a much greater depth to it.”

Their proposal, Wayne recalled, must have “really impressed Frank Wells immensely” as they would eventually acquire all of the rights they needed to create a musical version of the story.

Reflecting back on the meeting, Wayne said that he was “very fortunate” to have received the rights from the Wells’ family. After this meeting, Wayne quickly began to compose what would later become his 1978 double album: ‘Jeff Wayne’s Musical Version of The War of The Worlds’.

“As it was coming together from that point, it started to feel real. Even before I hit the studio, it just had that feeling that we were on to something that was special, so we made that recording, the double album as it turned out to be and from there it went on and on. It hit the media and the public with great satisfaction, so I guess that’s why I’m talking to you so many years later about Martians [laughs].”

Now, over 40 years since releasing his original double album, Jeff Wayne is set to begin performing again as part of his new ‘Life Begins Again Tour’ in the UK.

Speaking about this upcoming tour, Wayne outlined that one of his key focuses is to immerse audiences in the musical experience and offer them a sense of escapism from the impacts of the COVID-19 pandemic, especially, he says, moving them away from “the devastation that it’s done to so many millions of people around the world.”

In this way, Wayne said that H. G. Wells’ The War of The Worlds shares a lot of attributes with “the world we’ve been living in for the past year and a half” due to the impact of COVID-19. Although he acknowledged that the pandemic had a significant impact on many other people working in the world of music and live performance, he also said that he remains optimistic that life is returning again – An aspect he wanted to reflect in the name of his ‘Life Begins Again Tour’.

“Creatively, in a way, it’s given us extra time to add maybe a few things that would not have come to our thoughts if we were doing it a year ago, but it’s still a very exciting moment to know that (unless something unexpected happens once again) that we’ll be performing and in a show that’s as different, I think, as any previous productions that we’ve done”

Moving on from the events of the last year, with in-person concerts and experiences resuming across the UK, Wayne maintained that the ability “to perform again, I think is, of course, the starting point” for a lot of people in the creative industry.

To him, Jeff Wayne said that the upcoming ‘Life Begins Again Tour’ represents a key chance for him to keep challenging himself as a composer. As with all of his previous live performances, this gives him the opportunity to build on his original vision of his Musical Version of The War of The Worlds with new music and technological elements.

“I’ve never liked, and never would have liked, just taking it ‘out of the box’ and doing it the same way every time. That’s just not me. I love the challenge of it being a living work and still never losing sight of the story and my original score, but it’s important for me that it moves on”

“To learn that we’ve had so many people return time and time again, I would never have dreamed that. Maybe it’s because the show evolves continually in every respect, so it’s familiar to what they were first introduced to, but it keeps evolving – The technology alone makes things change and gives you the opportunity to challenge yourself to try and do something on another level.”

As someone who has previously collaborated with a large number of high-profile actors and performers in his time, Wayne said that he was deeply humbled to have been able to perform with the likes of Gary Barlow, Liam Neeson, Richard Burton and the English musician, Justin Hayward. Hayward specifically, Wayne added, is an artist that he worked closely with on the original 1978 double album, so the two of them are now essentially looking “at the same work with the same eyes, but slightly greyer hair [laughs].”

Taking a step away from the ‘Life Begins Again Tour’ and reflecting back on his past career, Jeff Wayne maintained that he was “blessed” to be able to compose music around H. G. Well’s original vision and continue evolving his performances over time.

“Looking back after some 15 years of touring the arenas and we’ve played in the west-end, that we now see in the audiences 3 generations of people – I guess that it’s been handed down from one to the other and it continues”

“It’s one of those things that I never could have predicted – I’m thrilled, I’m proud, but it’s just interesting the path that it’s taken.”