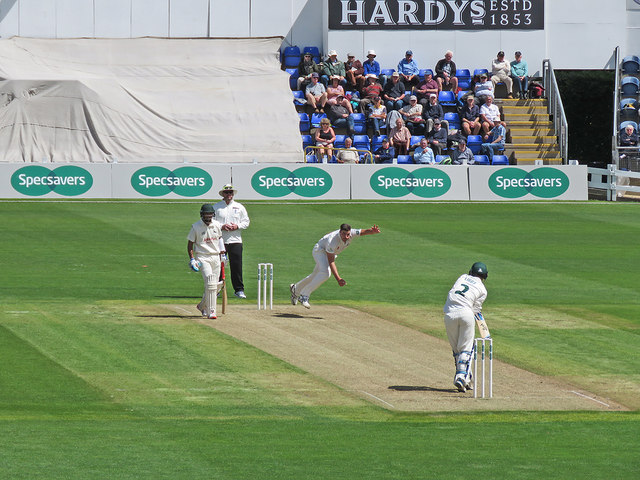 Last week Welsh sport was shaken by the news that head coach, Robert Croft, had parted ways with Glamorgan after three decades with the club. Croft, a club legend, became head coach prior to the 2016 season.

The results of Glamorgan, in the 2015 season, were average under Toby Radford finishing mid-table across all formats. Croft looked to change this, and succeeded in his first season by qualifying for the quarter-finals in the T20 Blast, before being humiliated by a strong Yorkshire side bolstered by the hard-hitting David Willey and the bowling of outstanding Adil Rashid.

There was little change in performance in the One Day Cup finishing with only one more win in Croft’s first season than the season before. In the County Championship Glamorgan’s form took a big hit, finishing second from bottom with only three wins from their sixteen matches. Croft’s tenure as head coach would continue like this with success in T20 and failure in other formats. Croft’s greatest success came in 2017 when qualifying for T20 finals day, falling just before the final losing to a strong Birmingham Bears.

The 2018 season would prove Croft’s undoing as Glamorgan managed just three wins across both County Championship and the Royal London One Day Cup, finishing bottom of both tables. Failing to qualify for the T20 Blast quarter-finals seems to have been ultimately the final straw for Glamorgan as Croft failed to perform in his apparent strongest format. This leaves the County with a difficult decision to make in who to appoint as Croft’s replacement.

The difficulty in attracting a coach to Sophia Gardens is hard due to the County’s less than ideal financial situation. It is no secret that the majority of Cricket Counties are struggling to break even financially. TGlamorgan has not hosted a Test match since 2015 and were only granted 2 other internationals this season, one T20I and one ODI.

This will have helped Glamorgan financially, as is often the case when a ground is given International matches, however, they still will struggle to make a profit. Let’s not forget that in 2015 Glamorgan had 70% of debt written off by the local council. They were also aided in 2017 with Sophia Gardens being a location for four Champions Trophy matches.

They will also have a financial boost next year as they are due to host a further four matches in the Cricket World Cup. Ultimately, Glamorgan need the next T20/100 ball city based tournament and the £1.3 million that such a tournament will guarantee.

These short term solutions appear to be benefitting counties like Glamorgan, however, the question must be asked, how sustainable is this system? Realistically, clubs cannot continue to have debts written off and the ECB cannot just add more and more tournaments to the schedule in order to increase revenues. Clubs like Glamorgan are in dire need of financial reform as they come close to bankruptcy and have players poached by larger counties with greater financial influence.