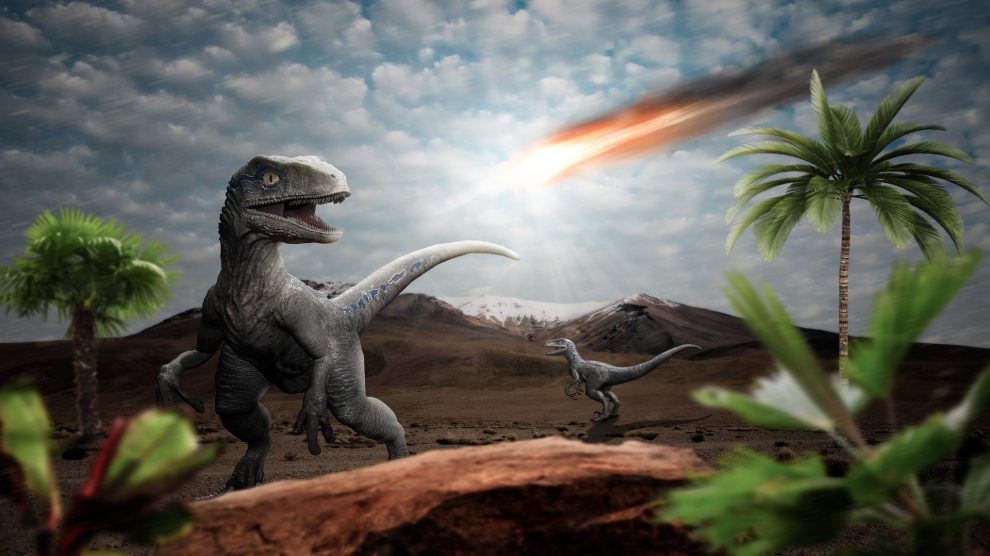 Using new theoretical thinking, scientists from Harvard University have outlined a potential explanation for the dinosaur extinction event that occurred around 66 million years ago.

Although it is generally understood that the impact of a sizable space object with the Earth was responsible for the extinction of the dinosaurs, many key details of this event (including, what the particular object was, and additionally where it came from) are still unknown to scientists. Recent theoretical research created by Harvard University, however, provides a fresh perspective on this widely debated occurrence.

The new research, published in the journal ‘Scientific Reports’, hypothesises that the object that caused the mass extinction of the dinosaurs originated in the Oort Cloud which, according to NASA, is an assumed collection of “icy objects” at “the most distant region of our solar system”.

The vast quantities of debris located within this region (thought to be in the millions or even trillions) could have therefore become knocked from their orbit by the gravitational forces of planets. As a result of this, these objects may have then shattered into several, smaller pieces that diverge from the original orbit – An event known as ‘sungrazing’ to astronomers.

Amir Sirag, an undergraduate student who assisted in the paper, compared the series of events to “a kind of pinball machine” and noted that, due to the immense gravitational force of Jupiter, “these incoming long-period conventions” may have been drawn dangerously close to the Earth and Sun. Sirag recognised that although this scientific explanation (along with other popular theories) is currently lacking any substantial evidence, there is still a very clear “statistical chance that these smaller comets hit the Earth” and caused the worldwide extinction event.

Whilst there are several different theories on the specific nature of dinosaur extinction, the majority of scientific figures have historically agreed that the asteroid or other space object that impacted the Earth 66 million years ago was the ‘Chicxulub impactor’. Located off the Eastern shore of Mexico, the 12 mile deep crater is widely regarded as the object’s impact site and the point in which the collision resulted in the extinction of between 50% and 75% of all animal and plant life on Earth at the time.

Building on these previous findings, the scientists from Harvard University are due to continue their research well into 2022 and, providing that international travel restrictions are eased or lifted, intend to utilise the Vera Rubin Observatory in Chile to deepen their understanding of the behavior of these distant ‘long-period comets’.

Professor Avi Loeb from Harvard University’s astrology department spoke on the conclusion reached by his team of scientists and attested that, in theory, “if you break up an object as it comes close to the sun, it could give rise to the appropriate event rate and also the kind of impact that killed the dinosaurs.” Although the paper already “provides a basis for explaining the occurrence of this event”, Professor Loeb expressed his intentions to continue working with his group of scientists to “test the theory by having more data on long-period comets, get better statistics, and perhaps see evidence for some fragments.”

As proposed by the team of scientists at Harvard University, the new theory offers a new interpretation on the dinosaur extinction event and, alongside the continued research of other significant ‘long-period comets’, could also broaden our understanding of this distant area of space.