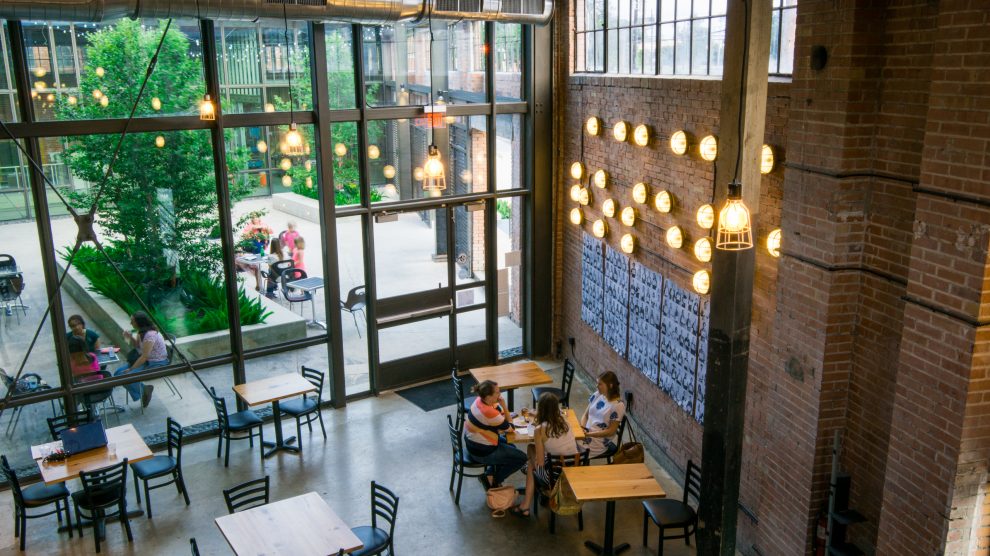 How to choose a job and some pitfalls to avoid

It’s an unfortunate reality of modern university life that many students have to work alongside their studies in order to support themselves. This article won’t deal with the for and against of the student finance system, or whether students should be able to concentrate solely on their studies at university. I’ll leave that to our excellent comment section. Instead, I’ll be dishing out some advice on which sort of jobs are available, where to find them and talking about my experiences of having a job at whilst studying in Cardiff.

Unfortunately or not, the majority of jobs that students will be going for tend to be customer service roles in restaurants, bars or retail establishments. There are positives and negatives to all of these jobs, as you might have to work long shifts in some of the shops in town, or work very late in one of the popular bars or nightclubs in Cardiff. That’s not all that’s out there of course; there are paid blog opportunities, companies that want students to carry out/participate in surveys and on-campus reps, for brands or clubs in town. There’s also the offer of occasional shift work through the Jobshop offered by the Student’s Union, which is free to sign up for and sends you regular emails about opportunities for work around Cardiff. It’s a great service considering it’s free, and the work offered is always incredibly varied, so there should always be something for you to do. Finally, there could be opportunities for work within your academic schools, for example, SHARE and MLANG both require ‘student ambassadors’ throughout the year, who help out at open days and other promotional events, for which the pay is usually very good. The university and the student’s union also offer similar positions, particularly for open days and university wide events, such as the SU elections.

Much like anything in life, these opportunities aren’t just going to fall into your lap with no effort at all, you have to be proactive and go looking for them. The first thing I’d do is to sign up for Jobshop, as even if you later find employment, that’s the way that most of the SU shift work/open day roles are advertised, so you might be able to get a bonus on top of what you already earn. It’s really simple to sign up; for UK students, you just have to take your student card and passport to the skills and development centre on the 2nd floor of the SU and then fill out a bank and tax form. Keeping an eye on your emails in general is always a good idea, as in my experience, student ambassador type roles are usually advertised through school-wide emails, and you have to be very quick to sign up! As well as these steps, have a look on any websites of high-street chains, or send emails with a CV and covering letter attached to smaller, independent places. Maybe you can lean on previous retail or customer service experience or request a transfer from a role you already held at home. Other than that, keep your eyes open in coffee shops, bars and other places around Cardiff for any vacancy notices in windows or at the counter. Finally, a first aid certification, available from the SU after a day-long course (and a fee) could boost your CV immeasurably, as employers need people with these certificates and it means they don’t have to pay for it. It could be worth doing the course now for long-term gain. Keep your chin up, I’m sure you’ll find something, or at least earn some money, if you keep going at it!

Fortunately for me, it was only after first year that I started to look for a job, as my student finance amount changed significantly between these two years. In second year, I looked for quite a few things, before eventually settling on a job in a Wetherspoons in town, which I thought was a good idea, as I had a bit of bar experience already. What I failed to realise at the time was that this particular Wetherspoons turned into a nightclub on Friday and Saturday evenings, and that this was what they needed people for, rather than the daytime shifts I had been hoping for. This was quite incredibly naïve of me, so an important bit of advice is to definitely know what you’re getting yourself into before you take anything, as I hadn’t quite realised there was a possibility of finishing at 4am on Saturday/Sunday morning! This was a massive shock to the system, and I ended up resigning around two weeks later, as I just couldn’t deal with those sorts of working hours, so I now have huge respect for anyone who serves me a drink at the SU or in town, as it’s a much harder job than I realised.

After Christmas, I began accepting Jobshop offers as regularly as I could, so I did a lot of varied work for a decent amount of money, working at open days, selling radios before a rugby match and informing people about the SU elections and getting them to vote. Another opportunity that’s available through student media is delivering the editions of Gair Rhydd and Quench around campus, so I’ve done that on and off since joining in my second year. I also worked during the second half of my year abroad in France, having been slightly too overzealous with my monies before Christmas. I was offered the chance to teach English to six French children, which was actually a much more valuable experience than I expected. As well as providing me with a healthy amount of money, I started to seriously think about whether I could see myself as a teacher in the future or not. The answer was a resolute ‘no’, but I would consider being a tutor, and I do think this is another way students can earn money, by offering tuition for kids doing their GCSEs or A-Levels. We all know how much of a stressful time these exams were, and, although you’d want to be compensated for your work, I found my role incredibly rewarding and enjoyable, so why not give it a go?

I hope this latest column has given you an idea of the sort of jobs there are out there for students, and that there are some great opportunities with the union that you can take to help you out. Try not to make my mistakes, keep trying in the face of rejection and above all, stay confident. Cheers all, I’ll see you next week.