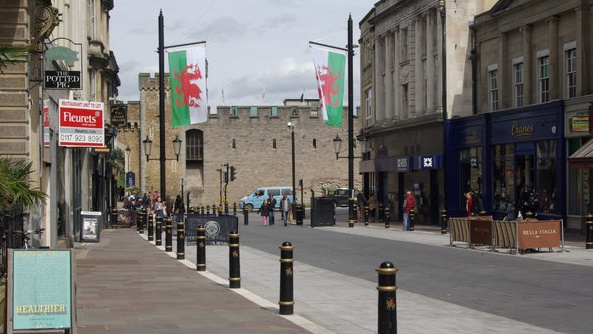 Is it possible to return to normality without a COVID-19 vaccine?

While many governments around the world are called upon to make difficult, history-defining decisions, the global response has largely been the same: to lock down the population.

Currently, there are more people confined within the walls of their homes that were even alive to witness World War Two. Life has come to a halt and while implementing these stringent policies was a tough decision, coming out of quarantine and restarting services is a much more delicate matter.

The decision to resume more normality and start loosening the lockdown is probably one of the most difficult decisions our political leaders would be required to make ever in their lifetimes.

With restaurants, businesses and schools forced to close their doors, not to mention the closure of cinemas and leisure facilities, the economy has taken a huge hit. Judging by the fact that GDP fell by 2% in the first quarter of this year (despite only seven working days being included in the lockdown), how harrowing the stark reality is of the long-term impact of this economic downturn on society.

Multiple vaccine trials in different stages are ongoing in various countries with British scientists at the forefront. While we remain very hopeful and trust the collective intellect of the scientific community, we must acknowledge the fact that the world has faced repeated pandemics. Various diseases over several decades affected society before the vaccines for these diseases were brought to fruition.

When the HIV virus was isolated as the pathogen for AIDS in 1981, the WHO scientists believed that a vaccine would be developed in two years. With the world still awaiting such vaccines to this day, we realise how over-optimistic the scientific community then was.

Waiting for a vaccine to be developed before normality resumes is not a viable option due to the problems that would inadvertently develop in other aspects of society, highlighting that, in my opinion, those who fail to learn from history are condemned to repeat it.

If we were to extend the lockdown until a reliable vaccine is developed, it would cause potentially significant economic harm.

The effect of an extended lockdown, while awaiting a vaccine, would have various negative effects on society such as widening the education attainment gap and a potential economic crisis that has no prospect of immediate recovery.

When considering the removal of such rigid measures, we must take into account the 1918 influenza pandemic and the lessons to be learned from just over a century ago.

The 1918 pandemic had a larger second wave killing around 20-50 million people (the exact figure is unknown). Even though it is reasonable to consider relaxing measures before a vaccine is approved, it should be with the utmost caution and with constant vigilance.

How wonderful it would be if we woke up tomorrow with the news that a vaccine had been found? But the reality of the situation is that it would take months to regulate and test a vaccine, and then send it out to the masses. Having an immediate vaccine and then opening up the economies would be an ideal best case scenario, but then again, since when do we live in an ideal world?

In the absence of a guaranteed vaccine, I would argue that it would probably be wiser to consider a progressive slackening of the lockdown.

We indeed trust our scientific community but should have more trust in the wisdom of general people as well. The opening up of the nation could be based on zoning the regions dependant on the incidence of infection and the R-0 values.

People who have had the symptoms, especially those who have tested positive and recovered should be actively encouraged to return to a normal life. The antibody test, which looks to identify all those who have ever had the virus infection and recovered, should also be given equal emphasis in development as a vaccine.

It can be argued that developing such a test would be easier and more cost-effective. In this way, we could identify all those who have recovered after minimal or no symptoms and get to resume normal lives.

This would help develop herd immunity under close watch and more and more people would get the license for resuming normal lives as they are found to have immunity. Additionally, we could use risk stratification based on age and previous health as a measurement of when people could resume their normal lives.

Hindsight is the best thing one can have. Various countries are following different paths in overcoming the current situation. We’ll know in a few years which was the most effective way of dealing with COVID-19.

I can’t make the judgment of whether or not to release the country from the harsh measure. However, I will leave you to consider a few things: whichever option we choose, we are consciously causing people to die so are our priorities in the right place? Should we focus on saving lives or the economy? Antibody tests or Vaccines?

Lastly, even after the vaccine has been developed, would normality ever be the same?