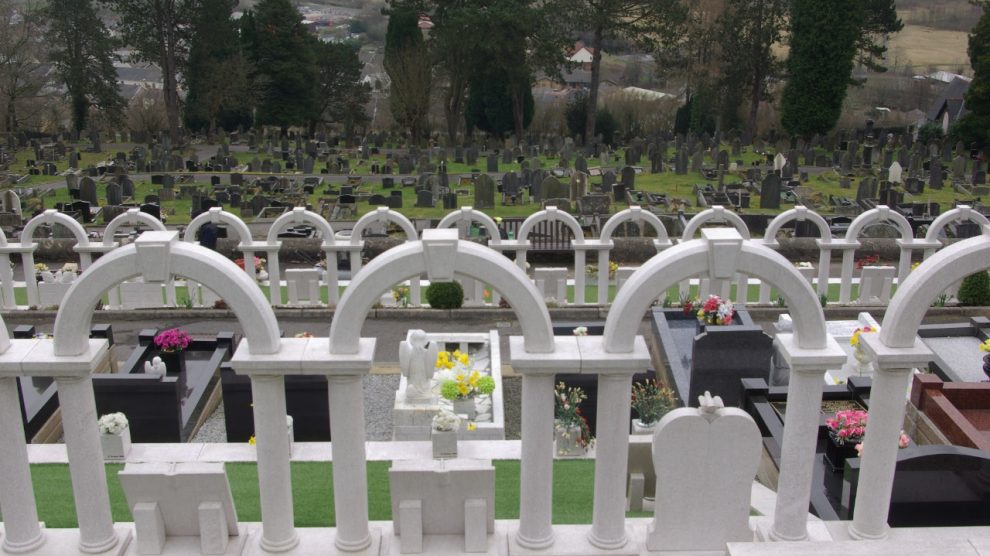 The Aberfan disaster was covered by hit Netflix show The Crown, but 55 years on, how well did the show cover the disaster and its history?

The incident occurred in a typical Welsh mining village, Aberfan, in South Wales. Aberfan village existed as a result of the coal mine, where most men in the village worked.

Netflix’s hugely successful series The Crown dedicated a whole episode to the disaster, but what came before and after the days of calamity?

The Lead up to the Aberfan Disaster

Tip 7, composed of coal waste, had been of concern to the locals for some time. As mentioned in The Crown there had been several complaints regarding the safety of the tip to Merthyr Council before the incident, which were passed on to the National Coal Board.

The evidently needed inspection of the Aberfan tips were dismissed.

Tip 7 first slipped in 1963, as the waste turned into a thick quicksand. All complaints were dismissed.

Not addressed in The Crown was the knowledge that tip 7 was built precariously on top of streams and springs. Water changes the consistency of coal waste from powder to thick mud. Despite this knowledge, waste was dumped until the spring was concealed, turning the waste into slush. To make matters worse, the village had experienced heavy rain in the weeks leading up to the disaster.

The village was no stranger to tragedy; mining was a dangerous job.

The tip had become a breathtaking height of 34 metres. The village lived in the shadow of the impending disaster and tipping continued as usual.

The Crown shows the day rather accurately according to most reports. It was the Friday before the children were due to break up for half term; the atmosphere was carefree and joyful. Hearing the innocent voices of the children singing in the episode was harrowing, as the audience knows their apparent fate.

At 9.15 AM a roar was heard from in the school and around the village. The slurry poured downwards towards the school at a speed of 50 mph and the children were ordered to get underneath their desks.

Being only an hour long in length, The Crown’s episode could have never captured in detail what went on after the catastrophe.

Fuelled by grief the local people pushed for two main things – answers as to what happened to their children and the dismantling of the remaining spoil tips.

Five days later on the 26th of October 1966 the Tribunal began. Aware of the power held by the National Coal Board, Londoner QC Desmond Ackner was hired to act as counsel for the villagers.

After 70 days of the coal board deflecting blame onto those who worked on the tip, Chairman of the Coal Board Lord Robens was called to the Tribunal. Irritated at his obligation to answer incriminating questions, Robens was hostile. Robens denied there could have been any knowledge of the spring under the spoil tip, which was rejected, as it was actually common knowledge.

Simultaneously, the Aberfan appeal fund was gaining momentum, with a total of one and three-quarters of a million pounds being donated, as well as gift donations.

The Tribunal report held the National Coal Board responsible; they were criticised for their poor attitude during the trial and Robens’ evidence was dismissed as inconsistent. For Prime Minister Wilson, Robens was to blame – it became apparent that there was no tipping policy or regulations in place.

Despite his bitterness at the findings of the trial, Robens was ready to resign, but Lord Richard Marsh, the Labour Minister of Power, declined his resignation, leaving the Labour party divided. Roben remained the Coal Board Chairman, though it seemed the village lost all faith in authority.

The people of Aberfan realised that they would have to take matters into their own hands. Still living below the ominous tips there was fear history would repeat itself, and so the Tip Removal Committee was formed.

Marsh believed that the village’s concerns were over safety, but they were also psychological; the tips were a constant reminder of the horrors already endured.

The Tipping Committee believed their phones were tapped and they were being followed, so they began to work in greater secrecy.

The group levelled up their game and drove to the Senedd in Cardiff Bay with a boot full of sacks of slurry. Following another resounding no from the Government, they tipped the bags of slurry inside the building. The courageous campaigners were arrested, but days later the Welsh Government advised Wilson that the tips be dismantled.

It appeared the group had finally won a long, tiresome battle, but not without a price. The village was ordered to pay £150,000 towards the clearing of the tips, which the group labelled a travesty of justice. The money came out of the Aberfan appeal fund, but the tips were eventually dismantled.

The UK Government under Tony Blair repaid the £150,000 to the village, but in 1997 when the money was repaid it would have been worth around £1.5 million.

Did The Crown do the Tragedy Justice?

Fortunately, I was able to speak to some locals to discuss their feelings about the sensitive episode.

Diet consultant Suzanne from Merthyr felt that the episode showed sensitivity to the disaster, but she was disappointed that the episode wasn’t filmed in Aberfan. Suzanne felt it would have been a nice gesture to have included a list of all those who tragically lost their lives, as well as a video from Aberfan today.

However, others were not as satisfied with the level of sensitivity. Lauren, from a local cake business, is concerned the episode doesn’t capture how deeply the event changed Merthyr, even until this day. As Suzanne highlighted, the pain is still so palpable. Emily Haf’s family are based around Aberfan – she was pleased to see the Queen portrayed negatively as many locals are still feel hurt by her delay in reaction.

Another Aberfan local, also called Emily, had a relative who was approached by The Crown to help get the details of the disaster right. Growing up, Emily lived by the remaining wall of Pantglas school, so naturally was taught about what had happened. Emily was glad the events were not downplayed in the dramatisation, as this may have detracted from the seriousness of it – but any more detail could have made it too hard to watch. Emily says that some locals could not bear to watch the episode.

There appears to be a feeling amongst locals that whilst the local community do an excellent job of remembering the event, the mainstream media could do more. Emily suggests that on the anniversary of the calamity, documentaries about Aberfan should be shown on TV, so future generations know what happened in Aberfan. Suzanne said that she is not sure if the TV and radio media do enough to commemorate the event, but the lack of coverage may be because the community would like to remember loved ones in private.

Memory of the disaster remains at the fore in Aberfan. Suzanne tells me the memorial is quietly observed every year unless there is a key anniversary.

To read more about the disaster, and to read the Memorium to those lives lost, please visit the website Hiraeth.