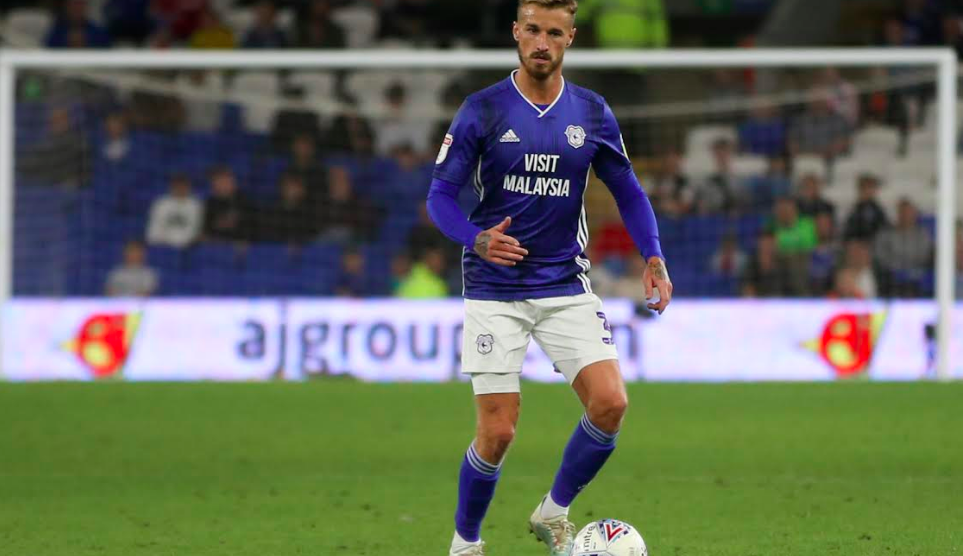 Cardiff City’s Joe Bennett is aiming for an instant return to the Premier League this season, following the Welsh club’s relegation last year. After relegation from the top flight last season, the Bluebirds’ left-back is confident of bouncing back straight away and securing promotion from the Sky Bet Championship.

In an exclusive interview with Gair Rhydd‘s Head of Sport Reece Chambers, the 29-year-old noted the club’s ambitious aim:

“The aim is to go back up, and if we can do that this season that would be a massive achievement,” Bennett told Gair Rhydd Sport.

With much of squad remaining from last season’s Premier League campaign, Bennett is confident that they have a squad strong enough to make the top two.

“When you look at the squad we’ve got and we’ve added some really experienced players from the Championship and obviously the team from the Premier League is not that different to what it is now.

“We’re looking to bounce straight back up,” said Bennett.

However, with Neil Warnock’s side having made an inconsistent start to the 2019/20 campaign, Bennett knows that consistent results on the road will be crucial to a promotion push.

“I think we’ve been good at home but probably need to improve a little bit away from home.

“If you can get draws away from home and win your home games, that’s how we went up last time. I think if we can do that again we can definitely [get promoted] this season.”

With a squad that includes experienced Championship names such as Bennett, Junior Hoilett and Joe Ralls, Neil Warnock will be confident of pushing towards promotion this season. The club recruited well in the summer with the addition of experienced Championship defender Aden Flint to the ranks. As a tall and physical centre-half, Flint certainly fits the bill of the Bluebirds’ style of play. And, given Sol Bamba’s long-term injury, Warnock’s recruitment of Flint in the summer has proved to be a success.

Nevertheless, the Championship is commonly known as one of the most demanding leagues in world football. Bennett is all too aware of that, given his previous experience in the Championship with Cardiff City, as well as with Middlesbrough.

“Any team can beat any team in the Championship. There are a lot more games [than the Premier League] with midweek games as well to fully recover from Saturday games.

“I think it is more difficult in terms of intensity and the amount of games you play.”

With eight more matches in the Championship than in the Premier League over the course of the season, the Bluebirds have a long campaign ahead of them. Therefore, despite their poor start to the season which included a 3-0 defeat to Reading in August, the Bluebirds have a long season to establish a good run of form. Traditionally, Warnock’s teams finish the league campaign strongly. If they do so as they did in the 2017/18 promotion campaign, the Bluebirds will have a good chance of returning to the Premier League.

With a full season of Premier League football last season, Bennett believes that there is a substantial jump in class.

“You can definitely see the difference in class from the Championship.

“It was tough, obviously you’re coming up against better players and against teams where you don’t get much of the ball,” said the left-back of Premier League football.

Ultimately, though, experience in the Premier League would have given Bennett and his teammates a good chance to develop against some of best players in the world. The left-back stated that Premier League champions Manchester City were the toughest opponents last season.

“We really didn’t have much of a chance against them at home or away… they’re just in a different league.”

Despite the jump between Premier League and Championship football over the last two seasons, one consistency for Bennett has been manager Neil Warnock. This season will be Warnock’s 40th year of management in the football and could well be his last, as he revealed earlier this year. If the Bluebirds boss is to step down, Warnock will be deeply missed by everyone at Cardiff City – and not least Bennett who has paid testament to man who brought him to Cardiff.

“He’s been the best manager that I’ve worked under. He motivates players like I’ve never seen before.

“Players would run through a brick wall for him, he’s that type of manager that you want to really do well for.

“To do what he’s done in the time that’s here been, getting us promoted and the club back on track, has gone under the radar a little bit. All the players will miss him when he does go,” said Bennett of Warnock.

The English left-back was also keen to reiterate that his time in Cardiff has felt like home.

“It’s the first club that I’ve felt really at home. My family and kids have settled here in Cardiff so I’m really happy here.

“If the club offered me a new contract, I’d definitely sign it.

“I’ve been here for three years and hopefully I can be here a lot longer.”