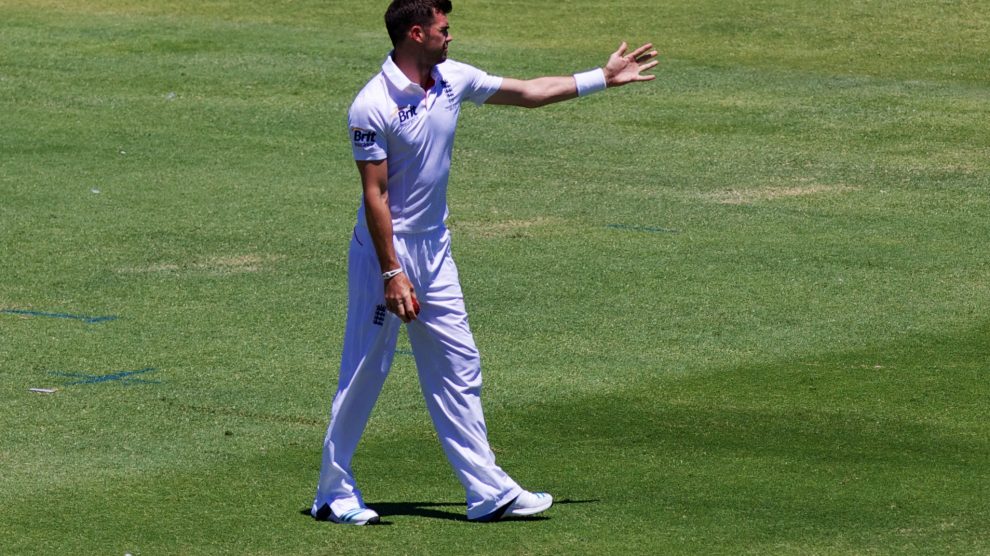 England fast bowler James Anderson has achieved what no other quick bowler has managed in the history of Test Match Cricket by taking his 600th Test wicket.

In a rain affected affair at the Ageas Bowl in Southampton, England drew with Pakistan in the final Test of a three-match series, ensuring England’s victory with a 1-0 series win. But it was James Anderson who stole the headlines on the final afternoon as he got the wicket of Pakistan captain Azhar Ali who was out for 31 thanks to a Joe Root catch in the slips.

This wicket was the 600th in an illustrious career that has spanned over fifteen years, and has firmly placed Anderson in the annals of cricketing greatness. He has now surpassed the records of other legendary quicks such as Glenn McGrath and Courtney Walsh, and now only has spin bowlers in his sights.

Despite the weather, this proved to be a memorable Test Match in other ways as England batted first in Southampton. The new-look opening pair of Rory Burns and Dom Sibley came out to bat after what had been an uncomfortable series thus far for them both. This discomfort against the young and quick bowling attack of Pakistan proved too much for Burns who exited the crease for six off the bowling of Shaheen Afridi.

However, this brought in England’s newest number three batsman Zak Crawley who looked confident from the off as he whipped his first ball away on the on-side for four runs.

This positivity continued as he and Sibley looked to build a strong partnership. Unfortunately, this did not last long as Sibley was soon trapped in front LBW off the bowling of the eccentric leg-spinner Yasir Shah for just 22.

This wicket set off something of a wobble as England skipper Joe Root was not at the crease very long as he exited for 29, followed by Ollie Pope who finished his exciting summer of cricket with three runs before being bowled by Shah.

Nevertheless, there was still hope as Crawley and England wicketkeeper Jos Buttler looked to build on the positivity set by the number three. This was the story for the next day of cricket as Crawley looked to ooze elegance in his eye-opening innings of 267, while Buttler piled on an important 152 in a 359-run partnership, becoming England’s highest ever fifth wicket stand. England finished their first innings on a more than impressive 583-8 declared.

With a difficult task ahead of them, Pakistan were looking for a strong start in their reply. However, both Pakistani openers left early without making much impact as Anderson took both wickets quickly on the evening of day two as he closed in on 600.

This was the positive start England were looking for as they quickly removed Pakistan number four Babar Azam for 11, leaving Azhar Ali and Asad Shafiq at the crease.

Pakistan captain Azhar Ali took the headlines on the third day as he played a leader’s knock of 141 which will have given many doubters some more confidence in his ability after a difficult series as a batsman and a captain.

Yet, for the final two days it would be the weather which would have the last laugh. Following some fight from their first innings of 273, Pakistan were asked to follow on as they still trailed by 310 runs. But as the rain came down heavily on the fourth day, and much of the fifth day, there was not much chance of there being a result as Pakistan finished on 187-4 at close of play.

But it was on that fifth evening when James Anderson took the wicket of Azhar Ali, that the importance of a Test Match result soon became redundant.

That evening was about only one thing, that record- breaking bowler from Burnley. The catch which took him to 600 wickets represents the hard-work and commitment over a 17 year Test career. However, what is perhaps most pertinent of this dizzying feat is that this man has not finished. Throughout this series, and for some years now he has had many suggesting he should retire or that he has lost his edge. Yet, time and time again he looks to prove these people wrong so while 600 is remarkable, what is more remarkable is thinking of what he could do next.

With an Ashes series coming up late next year, and opportunities before then to take wickets with possible tours to India and South Africa, it is perfectly reasonable to believe that the 38-year-old veteran could go further into the unknown. With former Indian leg-spinner Anil Kumble next up on the list with 619 Test wickets, it is not inconceivable to think that Anderson could break into the top three wicket takers of all time and cement his place as one of cricket’s all time greats.