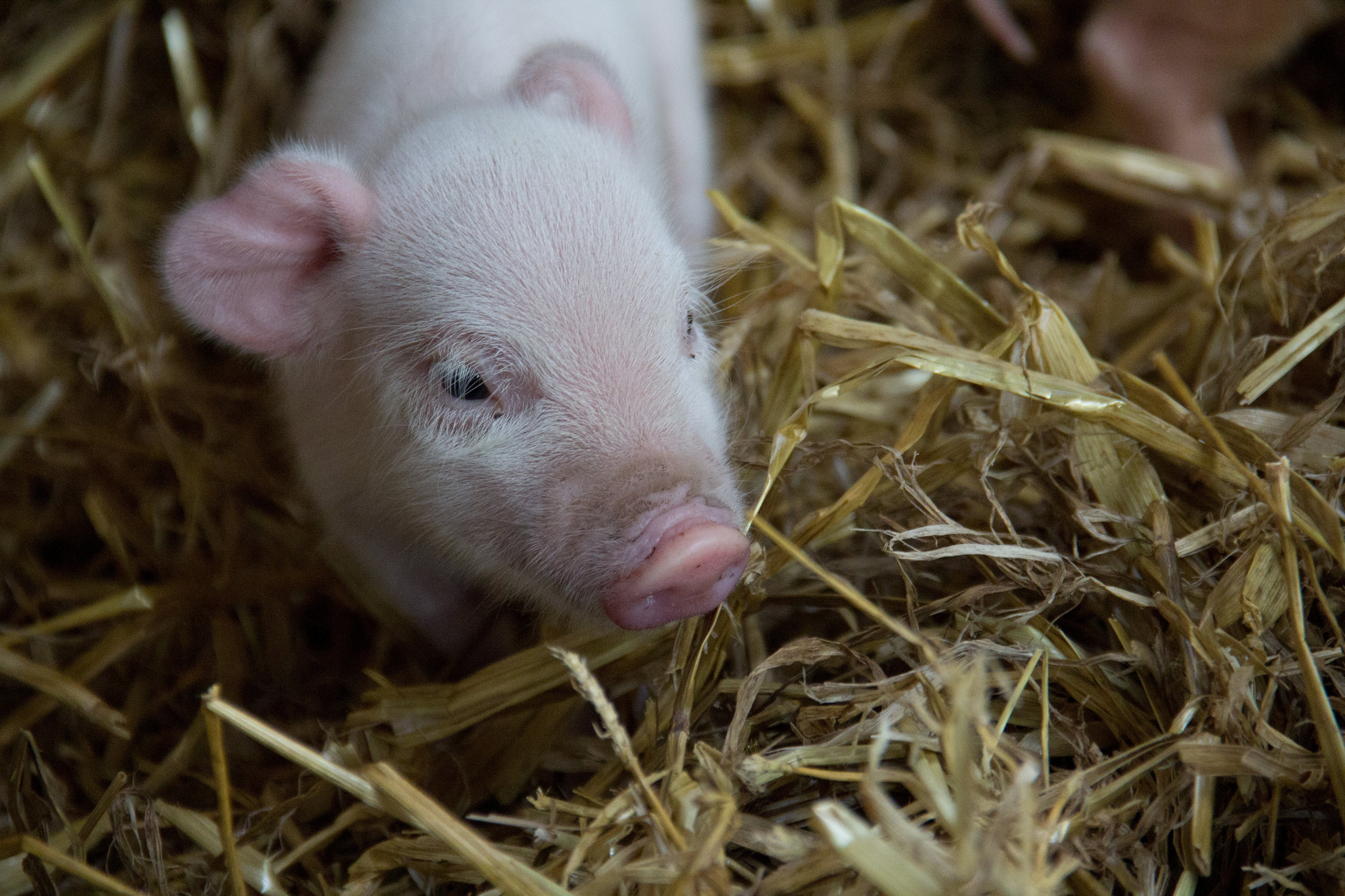 Paris Hilton has one called Princess Piglette. Miley Cyrus parades her friend Bubba Sue on Instagram, and even George Clooney had his companion Max for over 18 years before he passed away. I think I even had my very own pet crush on Babe from the classic 90’s children’s film. Although the cuteness pigs ooze is absolutely undeniable, especially the tiny ones, should we be playing with DNA just to make micro pigs for the perfect pet?

Scientists at the Beijing Genomics Institute (BGI) think so. Outlined in journal Nature, the report describes how ‘micropigs’ have been created by using a pioneering genetic technique to alter an already-small breed of the mammal. These methods have been used to simply make pets for sale, and these tiny creatures are to be sold from the institute in the near future. A furious debate across the scientific and animal rights community has since been kindled about the improper use of ethically delicate laboratory methods.

Genetic techniques to tinker with DNA have come on leaps and bounds since the first discovery of the double helix in 1953. For example, in my PhD studies, I use a human heart protein. This protein might be identical to what you find in you or I, but it isn’t taken from someone’s body like you think – I don’t have to churn up an organ in a blender to get what I need. Bits of the correct DNA code have been stuck together in a laboratory to make the human sequence, but no one was harmed in its production.

However, I nearly started a PhD in cancer medicine, which involved the dissection of mice. While a horrifying thought to many of you, animal experiments are a necessary part of medical research. Genetics might have advanced dramatically, but every drug we take has been tested on some mammal, usually a mouse or a rat, to confirm it is safe to test in humans.

Rats and mice though, are not really anything like us. For example, I don’t look at mouse hearts because they actually beat six times faster than a human being, which doesn’t make it very representative of our own cardiovascular system.

This is where the farmyard favourite, our cuddly swine comes in to play. A pig is much closer to a human physiologically – it shares most of the same organs and almost all of the same muscles. Heart transplants have even been attempted from pigs into our closer relative, the baboon, with some success. It therefore stands that pigs are much better model organisms for human disease.

Pigs however, are much pricier to keep in the lab. Larger than mice or rats, they require more space and food, as well as larger doses of expensive experimental drugs in trials. Bama pigs have therefore been the answer to many scientists’ problems, which weigh just a third of your average farmyard equivalent.

BGI researchers have used the cells of Bama pigs to shrink these animals even further, to create the miniature ‘micropig’. By using a gene-editing process called TALENs, they managed to disable one copy of the growth receptor hormone gene in the cells of a Bama fetus. They then made cloned pigs from these cells, which developed with stunted growth because no ‘grow’ signal was received.

To make the pigs even smaller, researchers then bred male stunted clone pigs with normal females. Half of the naturally conceived litter were ‘micropigs’, weighing just 15kg, the same as a medium-sized dog. BGI’s micropigs are set for sale at the end of this year, with a price tag of 10,000 yuan, the equivalent of £1,000.

“We plan to take orders now and see what the scale of the demand is,” said senior BGI director, Yong Li. The Institute also hopes the animals will be used in stem cell experiments and other medical research.

Animal rights groups, as well as many scientists, are outraged by such proposals. Dr Penny Hawkins of the RSPCA’s research animals department said, “The idea is completely unacceptable. In the past, pets have been bred by selecting animals, generation by generation, to produce a desired trait. Inducing a massive change in one go risks creating animals that suffer all sorts of horrific impairments.”

Max Rothschild of Iowa State University also echoes the same opinion: “The micropigs produced by gene-editing are ‘cute ‘ for some people, but they are still pigs and require that their owners know how to raise them properly. Gene editing of livestock is considered by some as a GM product, and hence anti-GM issues may play a role in consumer acceptance.”

Speaking about BGI’s plans to sell these genetically altered pigs as pets, Rothschild added, “More to the point, this more trivial use of gene editing takes away from its important uses to improve livestock welfare, disease resistance and productivity.”

Similar gene-editing techniques have already been used to produce more attractive pets for the home. A fish made fluorescent in the laboratory, GloFish, has been sold in the US for a number of years. Produced in Singapore, scientists put genes from jellyfish and sea anemone into zebrafish eggs, that cause the desirable glow.

Harvard bioethicist, Jeantine Lunshof, is not impressed with the notion of changing the genetic makeup of animals just to make for cuter pets. He described it as “stretching physiological limits for the sole purpose of satisfying idiosyncratic aesthetic preferences of humans.”

Willard Eyestone, a reproductive biologist of Virgin State University, is more optimistic however: “We must bear in mind that we have been altering the genetic make-up of pets for millennia, using the comparatively imprecise method of selective breeding, which sometimes results in less than healthy traits for the animal. In principle, gene editing should offer a far more predictable and humane alternative to selective breeding for all domestic animals.”

An obvious case to support Eyestone’s point of view is that of the pug, originally bred to have cute flat faces, but as a result left with severe breathing difficulties. “We have to more away from the idea that we can pick our companion animals purely because of their cuteness and size”, said Hawkins.

Whether or not you find these miniature animals utterly enchanting like myself, with their oversized pink bellies and little tufts of grey hair, their tiny stature has been developed using some serious genetic techniques. Such methods are controversial already, even without the application to produce a more aesthetically pleasing pet. The love affair of Max the pot-bellied pig and George Clooney might melt my heart a little, but I would think first before purchasing a gene-edited micropig.