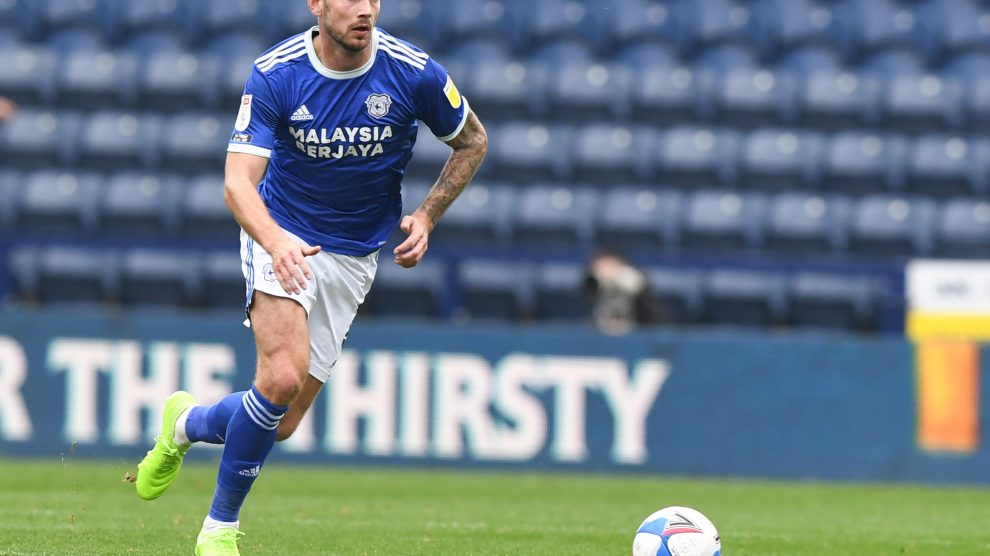 It seemed like Cardiff City midfielder Joe Ralls was rather grateful for the current international break. “It has been a busy schedule” Ralls explained, “it is nice to have a bit of a break”. It is hard to blame him really.

The last few months in particular have been hectic for Ralls and Cardiff City. An already elongated season was extended further by a late playoff serge in which Cardiff came up short against eventual playoff winners Fulham.

“During lockdown we were having regular calls and the general thought was that we had not been great this season but we were still in a good position to make the playoffs slots.” Ralls said. “We had a great start against Leeds and Preston and used that momentum to eventually get in the playoffs.”

Despite a brilliant second leg performance, the Bluebirds lost on aggregate.

“We played really well in the second leg and we could tell the Fulham lads were just thankful to get through the game because we put them through so much pressure.”

The general feeling was pride post-match, but the disappointment for Ralls really came when reflecting on the first leg: “We gave ourselves quite a lot to do going into the second leg which was our downfall in the end and it was a real shame not to get into the final after that (second leg) performance.”

The 2020/21 season brought new hope for Cardiff, but what were the team’s expectations for the upcoming season?

“The aim for this club is always to be going for those top two, failing that top six positions and that does not change.”

The Bluebirds were particularly busy near the end of the window, with the likes of Harry Wilson and Kieffer Moore coming in. But Ralls has welcomed the potential competition:

“I want to be part of this club to get us back to the Premier League, and if those guys can come and help us achieve that that is something I will always be happy about.”

I think we have done well in the transfer market and now it is just about settling as a squad. We have looked a lot better these last few games now everyone is in, and after this break we need to be getting our heads down and kick start our season.”

The Bluebirds 2020/21 league campaign has not been as plain sailing as perhaps they might have predicted, currently sitting in 15th place.

“We have not been good enough to be honest with you” Ralls explains, “there are games we feel like we could have got a better points return out of, but overall I think we can do a lot better than what we have done!”

“The reaction since the QPR game has been really good, the Bristol game was a bit annoying because it was one we really wanted to win and one we had the possession and shots to do so… we were unlucky to lose.”

“I am still optimistic that we can follow the form (following the Barnsley win) we have going, and the wins and points will come.”

Ralls himself has been in good form, scoring three goals and one assist in the last three games: “It is always nice to get off the mark, I want to keep contributing to the team and start climbing up that table.”

After this break it is really time for us to get our heads down and try and move up the table which obviously I want to be a big part of so hopefully my performances will keep helping the team achieve that.”

The upcoming block of fixtures involves eight games in December alone, I asked Ralls how he goes about preparing for these heavy Christmas schedules:

“It is always tough one on the body, but after so long out of football I do not think anyone will be complaining about too many games at the moment.”

We know we need to pick up points and will have to utilise the squad throughout the run… as players it is about getting yourself in a good physical and mental position, which could be less training through the week for example.”

From what I gathered, Ralls has nothing else on his mind other than getting Cardiff back in the big time, the importance of the club to him is clear:

“This club means everything to me, it is all I have known… when you have been at a club for so long it becomes less about yourself and more about bringing success to the team and that’s all I have been trying to do, get us back into the Premier League and I will do everything I can to achieve that.”