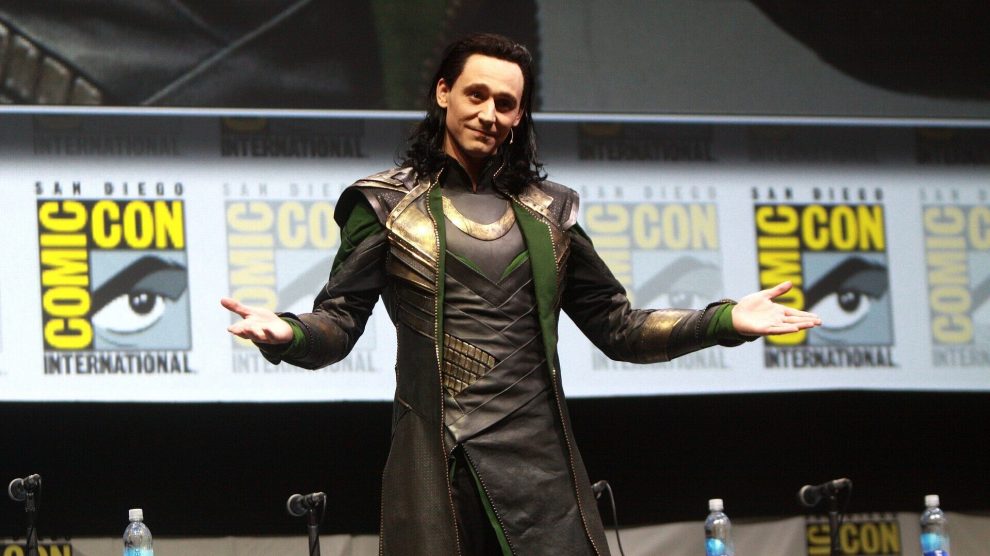 ‘Loki’ is one of the many Marvel shows Disney+ has put out this year. Due to the Covid-19 pandemic, there was a long period of time without any Marvel Cinematic Universe content, something that felt unusual after years of non-stop releases. However, it became clear with the release of streaming service Disney+ that they intended to make up for lost time.

The show follows villain turned anti-hero Loki (Tom Hiddleston), based off the trickster god Loki of Norse myth, as he discovers the Time Variance Authority, an organisation that tries to maintain one true timeline by policing and eradicating ‘variants’, things and people that cause changes to the timeline. Loki is first arrested by the TVA, before beginning an uneasy alliance with them, specifically Mobius (Owen Wilson).

If this sounds confusing, then you’d be right, but it’s part of its kooky charm; rather than demand you keep up, the audience experiences that confusion with Loki.

The actors do a phenomenal job at bringing the characters to life. Hiddleston, as always, shines as Loki, in turns funny and tragic, flawed but easy to root for. Despite being a secondary character, Tara Strong is wildly charming as Miss Minutes, the Southern cartoon clock serving as the TVA’s mascot. Owen Wilson was an unexpected casting choice but nonetheless an absolute joy to watch as the mild-mannered but reckless bureaucrat Mobius, and his chemistry with Hiddleston was one of highlights of the show for me.

Sophia Di Martino plays Sylvie, a fierce and dangerous female version of Loki from an alternate timeline, whose banter and fight scenes I thoroughly enjoyed but whose forced romance with the titular character I did not. The show’s six-episode structure doesn’t allow for their relationship to be developed in any way, so it instead came off as random and rushed. In a similar vein, the characters themselves, while likeable and entertaining, aren’t able to receive any substantial development due to the short span of the season; the problem is interesting concepts with poor execution. While the characters and concepts of ‘Loki’ are engaging and have potential, this potential remains unfulfilled due to the short duration of the show and the slow pacing.

Cinematographically the show is gorgeous. Because time-travel is a big focus of the show, there’s a lot of different, interesting settings, such as Pompeii or a cyberpunk future, and every one of them is aesthetically and conceptually fun. But again, the show’s structure and pacing mean that these fascinating and gorgeous settings aren’t given time to shine, rendering them pretty window dressing to an already shallow story.

The plot also leaves much to be desired. There’s not much driving the story forward, so instead we follow the characters bouncing from place to place, arguing with each other and fighting enemies, but with no real stakes. The pacing and the structure are lacklustre, with no real consistent antagonist or threat; it feels like things just happen for no reason and I spent the entire show waiting for the plot to actually start. The pacing issues and disappointing plot is only highlighted by how short the show is, to the point where I wondered why they hadn’t made a movie instead.

‘Loki’ is a quirky and fun delight, but its high points – its characters, acting, and cinematography – for me doesn’t make up for its minimal plot, poor pacing, and lack of tension. In many ways, it felt as though the show served as an introduction and set up of future shows and movies, rather than a fleshed out show that can stand on its own. I hope that it’s confirmed second season has more substance and can fulfil the potential that ‘Loki’ has displayed.