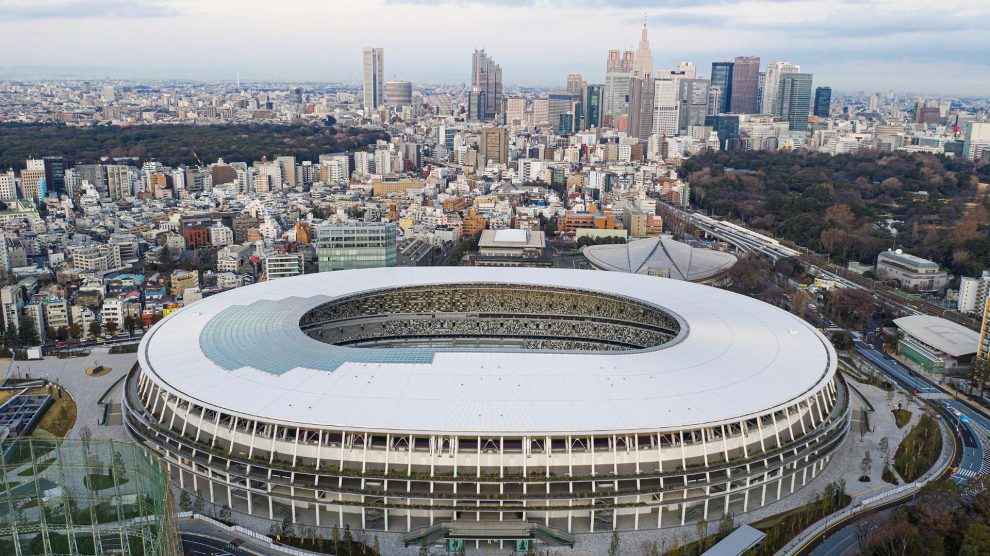 364 days late but still as highly anticipated as ever, the opening ceremony for the Tokyo Olympics on Friday 23rd July marked the beginning of what was sure to be a very different Olympic Games to what is usually expected.

In the build-up to the Tokyo Olympics, the Japanese government announced crowds would not be able to attend and athletes and coaching staff would be under strict COVID-19 guidelines for the duration of the competition.

Regardless of issues outside of sport, Tokyo would remain the setting for what is expected to be a highly competitive and enjoyable 16 days of sport.

Team GB entered these Games on the back of their most successful Olympics since 1908, bringing in 67 medals, 27 of which were gold at Rio in 2016. Team GB officials are modestly targeting 50 medals, however, there is plenty of reason to think this target can be exceeded.

Tokyo 2021 sees some of the big names of British sport returning to the Olympic stage.

In Swimming, Adam Peaty aims to continue making history in his pursuit of more gold medals to add to his impressive haul in 2016, particularly in the 100m breaststroke in which he is often so dominant.

In Taekwondo, Jade Jones seeks to affirm her legendary status by becoming the first woman to win three successive Taekwondo golds in the -57kg event.

Some big names are absent – Sir Mo Farah was unable to qualify for either the 5,000m or 10,000m at these Games, while Alistair Brownlee won’t feature in the men’s triathlon, admitting he had ‘definitely been’ to his last Olympic Games.

There are also some new names to look out for at this year’s Tokyo 2020 Olympics – Sky Brown, at just 13 years of age, will represent GB in the newly introduced Park Skateboarding event.

The women’s team event in Gymnastics sees a team entirely of debutants compete for GB and, while they may not be considered in medal contention this year, it will fill fans with hope for Paris 2024.

Day One of the Tokyo Olympics saw very few medals won by any team, and GB on this occasion did not bring in any medals.

The first gold medal of the games was won in the women’s 10m air rifle shooting final by Yang Qian of China, with Team GB debutant Seonaid McIntosh placing a respectable 12th.

In women’s football, Ellen White scored the only goal for GB in a 1-0 win over hosts Japan.

In the men’s cycling road race, Adam Yates finished highest for GB at 9th , as 2018 Tour de France winner Geraint Thomas (a favourite for a medal before the race) and Tao Geoghehan Hart retired following a crash.

Heather Watson was knocked out of the women’s singles tennis by German Anna-Lena Friedsam while both Murray brothers, Jamie and Andy, progressed to the second round of the men’s doubles, with their respective partners Neal Skupski and Joe Salisbury.

Finally, in the archery mixed team event, Brits Sarah Bettles and Patrick Huston made it to the quarter finals, where they were knocked out by eventual bronze medallists Mexico.

The second day of the Games was one that brought a lot more success for Team GB, with the first medals being won by British athletes.

In the Women’s Judo 52kg event, 24-year-old judoka Chelsie Giles, at her first Olympics, won bronze against Fabienne Kocher of Switzerland to become the first British medallist of the 2020 games.

Another medal was won later that day. This time, it was a silver in the men’s -68kg Taekwondo final by Bradly Sinden who, at just 22 years of age, now became both an Olympic silver medallist and a Taekwondo world champion (2019).

There was success in heats and qualifying stages for many athletes – Marcus Ellis and Lauren Smith eased to a 2-0 victory against Canada in the Badminton mixed doubles; the young women’s Gymnastics team qualified in sixth place for the finals, with 16 year old twins Jessica and Jennifer Gadirova both qualifying for the individual all-around finals; and in Swimming Adam Peaty and James Wilby both reached the final of the 100m breaststroke, as Aimee Wilmott finished 7th in the final of the women’s 400m medley.

There were shocks on the day too, with double Olympic gold medallist Jade Jones losing in the opening round of the women’s -57kg Taekwondo event to Kimia Alizadeh of the Refugee Olympic Team. The day also saw Andy Murray withdraw from the men’s singles Tennis, however he will continue in the men’s doubles alongside Joe Salisbury.

On day three of the Tokyo Olympics, the medals really started to flood in for Team GB, in a day of history-making by British athletes that will live long in the memory of many fans.

In Swimming, superstar Adam Peaty made history by defending his Olympic title in the 100m breaststroke final, clocking in a time of 57.37 seconds, just half a second slower than his world record set in 2019 despite 2020 being a year where his training had been reduced due to Covid-19 restrictions.

In Diving, it was an emotional day for Tom Daley as he finally realised his 13-year dream of winning an Olympic gold medal, doing so alongside emerging talent Matty Lee in the men’s synchronised 10m platform.

The gold medals didn’t stop there, as in the men’s cross-country mountain biking, Thomas Pidcock claimed the first ever mountain biking Olympic gold for Team GB. Another relatively new talent, Alex Yee, added to Britain’s medals with a silver in an impressive showing in the men’s triathlon, losing only to an impassioned Kristian Blummenfelt of Norway.

The final medal of the day came from Lauren Williams in the women’s  -67kg Taekwondo final, in which she lost to Croatia’s Matea Jelic.

Elsewhere, Team GB’s men came close in the Gymnastics team event, finishing fourth, and Adam Burgess finished in the same position in the men’s canoe slalom, narrowly missing out on a medal.