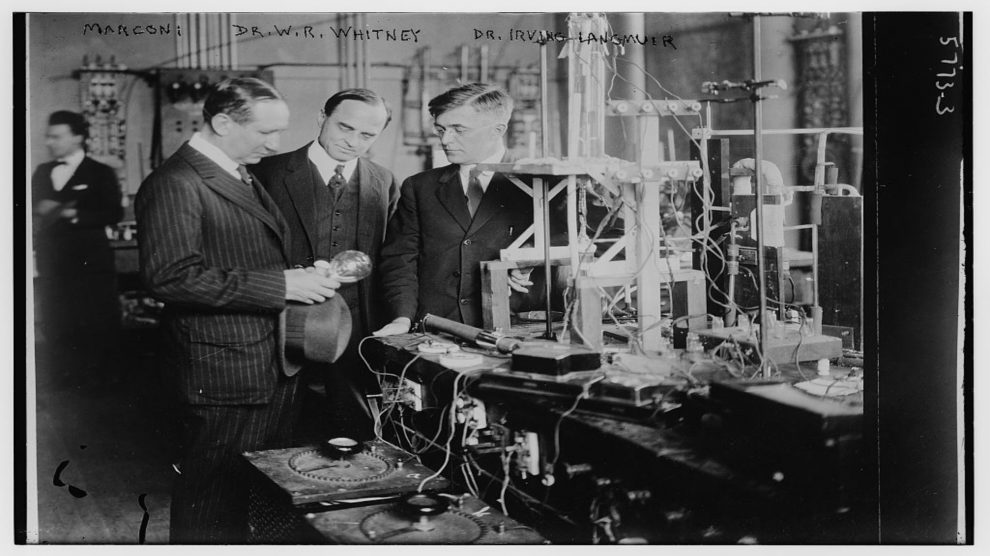 A review into the famous work of electrical engineer Guglielmo Marconi on radio waves and a look ahead into how his findings are being used in research today.

Guglielmo Marconi was a pioneer in the development of radio wave technology and, as a result, is still regarded as one of the most famous inventors in human history. Although he was not solely responsible for the creation of radio, Marconi’s efforts were fundamental in the creation of modern long-distance wireless communication.

Born into an affluent family in Bologna, Italy, Maroni demonstrated a unique aptitude for science and acquired an interest in the growing scientific field of electricity. Following in the scientific research of Oliver Lodge and Heinrich Rudolf Hertz, he was educated by a private tutor at home and began to experiment with radio waves from an early age. Marconi, with the assistance of his butler, constructed a vast array of radio equipment in the attic of his parent’s home – Including a rudimentary storm alarm that sounded after receiving radio waves emitted by lightning.

After much studying and tinkering with his designs, Marconi’s premier breakthrough came through in the summer of 1895 when he transmitted a radio signal across a distance of 2 miles.

Radio waves, as scientists before Marconi had found, can be transmitted using an electrical current and act similarly to ripples on the surface of water. Part of the electromagnetic spectrum, the frequency of these radio waves can be configured to communicate messages wirelessly over large distances. Long-distance radio waves, specifically, are able to diffract (or bend) around the curvature of the earth, so can communicate over very large distances.

Aided by the findings of other scientific figures, Maroni concluded that by increasing the height of his antenna and concentrating the signal of electrical energy, his system would be capable of transmitting over greater expanses of land. Recognising the commercial value of his apparatus, Marconi moved to England to obtain funding from a large group of investors and sought a patent for his design.

Marconi’s inventions proved to be highly profitable in England, expanding the interest in science’s ability to create and develop new methods of communication. The prospect of which, perhaps, is emphasised best by Marconi himself:

“If we consider what science has already enabled men to know-the immensity of space, the fantastic philosophy of the stars, the infinite smallness of the composition of atoms, […] We remain astounded by the enormous machinery of the universe”

Shortly after establishing the Marconi Telegraph Company, in December 1901, Maroni transmitted the first wireless message across the Atlantic Ocean. From a station in Poldhu, Cornwall, Marconi sent the letter “S” using Morse-code to a military base in Newfoundland, Canada. Travelling over 320 km, the message disproved the prominent theory that the curvature of the Earth would disrupt the transmission.

Continuing in this line of transatlantic research, Maroni eventually installed two wireless stations at opposite ends of the Atlantic, carrying messages between Clifden, Ireland, and Glace Bay, Canada. The most powerful of Marconi’s communication systems was later fitted onto the RMS Titanic, saving around 700 lives as the distress call was received and responded to by distant boats and other water craft.

In commemoration for his work in the field of wireless communication, Maroni shared the 1909 Nobel Prize in Physics with German physicist Karl Ferdinand Braun. Interestingly, during his acceptance speech for the award, Marconi admitted that he didn’t really know how his invention worked.

Reflecting on this in later life, Marconi questioned his work in the development of radio wave communication, postulating: “Have I done the world good, or have I added a menace?”

Although it has been almost 125 since the development of the first instrument capable of sending a long-distance radio transmission, for Dr. Saptarshi Bandyopadhyay, a Robotics Technologist operating at NASA’s Jet Propulsion Laboratory (JPL), the pioneering work of Marconi and other key figures in the scientific community remains to be a fundamental part of his modern-day research.

“Of course radio communication has brought the entire world closer, and is arguable one of the greatest technological inventions that has led to our present-day highly-connected globalized world. Moreover, radio science has significantly helped to improve our understanding of the Universe, by helping us explore the entire electromagnetic spectrum”

Following the continued research of scientists at Nasa’s JPL, Dr. Bandyopadhyay has recently proposed his vision for a Lunar Crater Radio Telescope (or LCRT) which, in time, could be constructed inside of a large impact crater on the Moon’s surface. His concept for the ultra-long wave radio telescope, briefly outlined in a recent blog post, would be capable of observing “the universe at wavelengths greater than 10m (i.e., frequencies below 30MHz)” – This represents a barrier to ongoing scientific studies, limiting the scope of research that astronomers can conduct.

The Earth’s Moon, as Dr. Bandyopadhyay highlights, would act similarly to “a physical shield” and would isolate “the lunar-surface telescope on the far-side from radio interferences”, such as Earth-orbiting satellites and the “Sun’s radio noise during the lunar night”. Therefore, by embedding the telescope in a crater on the distant side of the moon, it would be able to break through the research barrier and could detect wavelengths that “are hitherto largely unexplored by humans”.

The Lunar Crater Radio Telescope, currently only in very early stages of development, is proposed to measure 1km in diameter which, if fully realised, would make it the largest filled-aperture radio telescope in the Solar System. However, as new technological developments are only beginning to extend humanity’s reach towards the stars, the “feasibility of the LCRT concept” is yet to be proven.

In our modern, hyper-connected world, radio has become an integral part of worldwide forms of communication and, due in part to Guglielmo Marconi and other key scientific figures, the technology continues to see development for future use.