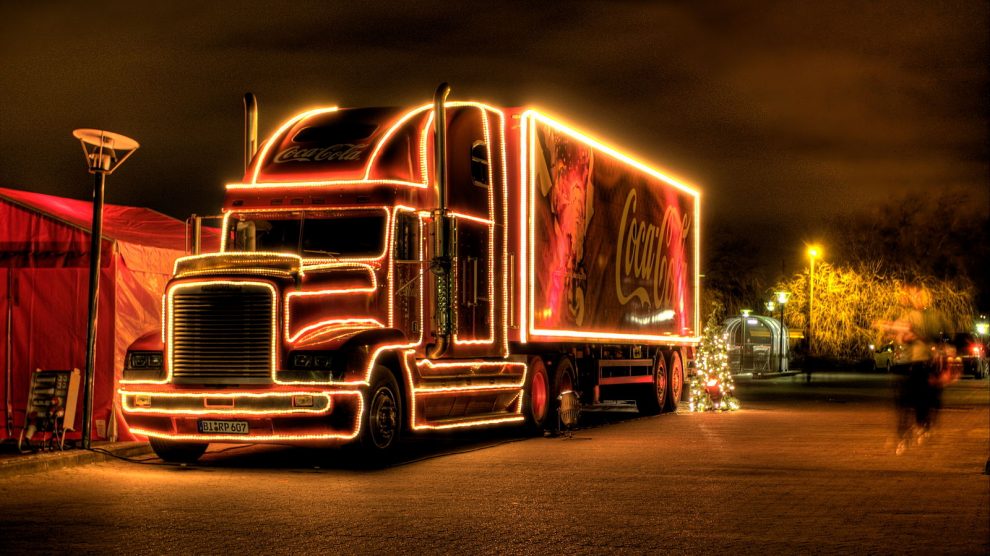 Disclaimer: Sorry if you still believe Santa is real, I’m about to break some hearts in the following paragraphs.

In recent years Christmas has lost its meaning, its traditional and religious essence is instead overshadowed by companies that feel the need to push their products. Instead of Christmas being the biggest day of the year to celebrate with family and friends, it has been put on the backburner as the needs for giving and receiving gifts increase. Almost every child has the memory of circling the gifts they want for Christmas in an Argos catalogue, therefore we become accustomed to this commercial aspect of Christmas from a very young age.

We were told to write lists to Santa of what consumer items we wanted, different toys, games, perhaps consoles or even a bike and not knowing the repercussions that could have on our parents. We were blissfully unaware of their inability to buy everything because we believed a man and his elves had the ability to make everything on our long lists. The fictitious holiday hero of which Santa, is a marvellous way of getting children excited for Christmas, and don’t get me wrong my own childhood Christmas’ were made very special through my belief of Santa; but now as I am older I believe this mythical character only adds pressure on parents and feeds the money hungry companies and brands that provided the toys we believed we needed.

Annually, the first sign of Christmas is the adverts that brands use to promote themselves during the holiday season. Whether this be the beloved John Lewis advert, where you never know what you are going to get but you are guaranteed a heart-warming advert with a very large production value. Perhaps it’s the Coca Cola advert with their tradition of taking the truck used in the adverts on a tour of the UK. Coca Cola had formally dominated the Christmas advert scene, with stories that they inspired Santa Clauses famous red and white suit. Although, in the last 10 or so years the excitement and pressure surrounding the John Lewis advert has been more and more apparent, as fans are excited to hear what song is being featured, whether the advert will make them cry, or what loveable animal is involved.

It has become a part of Christmas for some people as they look forward to this commercial aspect of the holiday and thrive in the gimmicks brands sell after their adverts, for example Aldi sells “Kevin the Carrot” a character they used within their Christmas adverts. We as consumers allow brands to take advantage of our need to consume, especially during the holiday season.  These companies also strive to get the best advert constantly by trying to one up each other and surpass their previous adverts, creating a commercial competition as a result. They assume that the better the advert, the more money consumers will spend in their stores, and they are probably right.

Similar to other holidays like Easter and Valentine’s Day, card shops take pride in the fact they know they can charge outrageous amounts for Christmas cards and wrapping paper as it has become normal to do so. This then adds to the supposed £3,300 the average British household spends at Christmas, according to the Bank of England we spend an extra £800 at Christmas in comparison to the average £2,500 a month. But perhaps as consumers we should take a stand, not just because we end up spending ridiculous amounts at Christmas, but because the use of wrapping paper and cards are just wasteful and very difficult to recycle, thus leading to a wider problem we face in society. This year lets send e-cards or perhaps we should not wrap our presents, the thought means more than presentation after all.

Even the word Christmas has been thrown away as many people say “Happy Holidays” to cover the numerous religious holidays surrounding the festive period.  What does this mean for Christians who feel strongly about the meaning and story behind Christmas, are they meant to stop celebrating their own traditions? There are holidays such as Hanukkah and Kwanzaa that don’t receive the same publicity as Christmas which perhaps other religions believe they deserve.  Perhaps this is a result of the majority of the UK celebrating Christmas or maybe it is companies and brands that feel less of a need to put a spotlight on these holidays.

We splurge on unprecedented amounts of food that would be impossible to eat in one day, due to the consistent pressure from food adverts to buy new and exciting things to add to meals. We have been conditioned to overindulge in excessive amounts of food and commercial goods for this one day a year, while there are many people who struggle to eat. There are charities like Crisis that make it their aim to help shelter and feed the homeless during Christmas, perhaps we should all play a part our part and donate food rather than waste what we don’t eat. When describing Christmas, we normally hear that it’s “a time for giving” or the time of year filled with joy, although the pressure at Christmas for spending sprees can only hurt those who are financially unable to do so.

This year more than before, I have realised the  increasing pressure put on us by Christmas, as I am knee deep in an overdraft in the lead up to the most wonderful time of year, and I can’t help but feel stressed about being able to afford presents for the ones I love. But why should we, as a society, put such pressures on giving, and receiving to display our affection towards people? Isn’t Christmas meant to be about spending time with those around us and being thankful for the good that we have in our lives? Perhaps instead of buying that extra gift or eating another mince pie, maybe we should spend our money and time doing what matters.