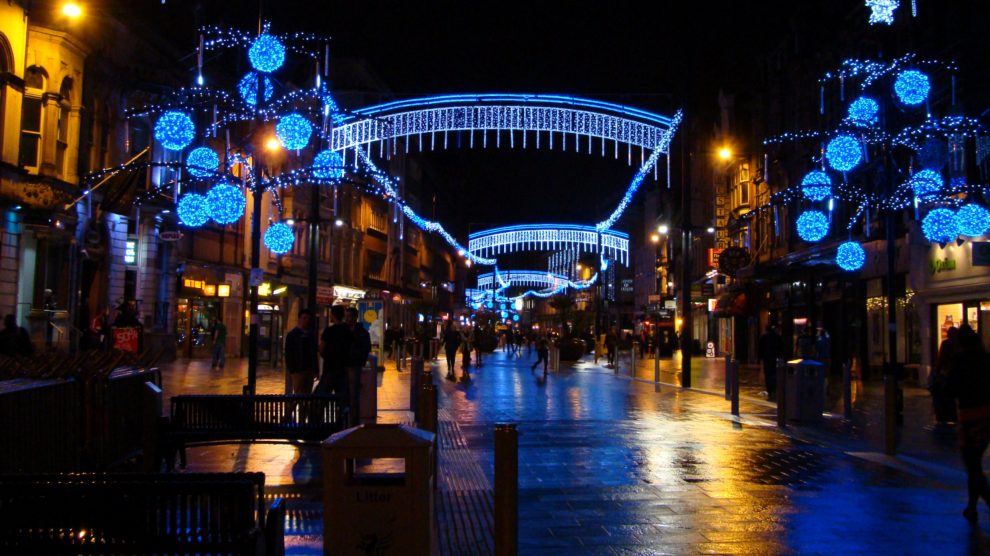 Surviving December as a 'modern' Grinch

Let’s get something clear right from the off, I don’t hate Christmas, I just dislike certain things about what the modern holiday season has come to represent, which, unfortunately, get under my skin a lot more than they should. I really like the somewhat more ‘traditional’ aspects of Christmas; the food, having a bit too much to drink, Christmas carols and, above all, seeing family. My family are incredibly important to me, and as I’ve got older I’ve realised that seeing everyone and having a good time over the holidays are so much more important than how many presents you receive. The even more traditional aspects are things I really like too, such as Christmas carols, churches getting all festive, and the decorations that appear everywhere. What I really find it difficult to tolerate, however, is this desire for the Christmas ‘season’ to start seemingly just after Halloween, so that it lasts for more than two months! It’s slightly more understandable at university, as many of us won’t be in Cardiff over the holidays and therefore, want to make the most of celebrating with our uni friends, whether that’s through a house Christmas meal or a trip to the Winter Wonderland outside City Hall. To me, however, it just feels like there’s enough of December to enjoy feeling all Christmassy, without detracting from Bonfire Night or wishing November away. It struck me as rather bizarre that most of the shops in the city centre had a lot of posters enticing shoppers with Black Friday deals last week, whilst still promoting Christmas; it’s crazy. I guess my main gripe with our ‘modern’ Christmas is that our consumeristic and materialistic culture is on full show and definitely at its worst. I detest the idea that any parent has to buy presents to a certain value for their children, or that children expect it, due to the messages they’re fed by society. That’s the end of my little tirade, but it serves as a good introduction to the main message of today’s column, how to survive December if you are, like me, a ‘modern’ Grinch, someone who doesn’t really like what Christmas has come to represent, but still likes the traditional things.

Firstly, I’m going to try to enjoy the aspects that I like as much as I can. This means seeing as much of my family as possibly over the festive period, whether that’s my sister, who will be back from university, or my extended family; cousins, aunts, uncles and the like. We usually meet up on Boxing Day, but as I’ll be home until the end of January (no exams, whoop whoop) and for a large portion of December, I’m going to try and see them all as much as I can. I’m going to treat my Mum to a glass of mulled wine and drink too much with my family whilst trying, and failing, to play charades, as that’s what Christmas is all about. It’s a similar story with the majority of my best friends from home, as Christmas is one of the only times of year that we’re all in the same place again, so it makes sense to profit from that. This is another thing that Christmas has come to mean to me since I’ve been studying in Cardiff; the opportunity to go home and revel in some nostalgia with the people I grew up with, go and watch a film, go for a drink and just have a good time in general.

Similarly, I’ll be trying to avoid the things I don’t like about Christmas, which means trying to buy (and ask for) fewer things (not awfully difficult on a student budget) and trying to minimise any trips into Cardiff or, even worse, Canterbury (when I’m home). Hopefully, by staying in Cathays and then in my home town will allow me to enjoy Christmas to the full, without experiencing any of the things I despise about the festive season. I do like Christmas songs, but only in December, so by the time this issue comes out, I’ll probably have listened to a few old favourites. Usually I only go with ones I like, so Mariah Carey’s All I want for Christmas is you will not be making an appearance this year, but Fairytale of New York definitely will be and I’m going to listen to some carols as the month progresses, as they’re so lovely and really evoke the Christmas feeling for me. This is all quite subjective, but I’m sure you’ve all got your favourite songs, or ones that make you want to pull your hair out, so I’m hoping this advice will still be applicable.

Christmas films are another contentious issue really, as some people absolutely love them, whilst others are not so keen. I fall somewhere in the middle, as seeing The Holiday on ITV2 for what seems like the fourteenth time in less than a week really does grind my gears, there are other films I really like to watch at Christmas. Love Actually is a classic, and I’ll probably end up watching it with my Mum and my sister, which is always nice. Another film I really like to watch that I don’t think actually mentions Christmas is Notting Hill, I think it’s because it is without fail, on at least twice every year. If these don’t take your fancy, you could always try something a bit less lovey-dovey, like The Nightmare Before Christmas, Die Hard or Iron Man 3, all films that have a Christmas element, but (especially the latter two) aren’t really at all related to the festive season. Alternatively, if you’re more of a TV watcher, I would recommend Black Mirror’s Christmas special episode, White Christmas, for it’s distinctively creepy festive vibes.

Finally, I think one of the best ways to get rid of the ‘modern’ Christmas blues is to go to a church service during the festive period, even if you’re not Christian. I say this because, more often than not, vicars have something interesting to say during their sermons, which tend to include a new perspective on the way we celebrate Christmas, for example. If you don’t fancy this, then a carol concert may be more up your street, as there tends to be one in every town or village, and, for me, carols really evoke the spirit of Christmas for me, I think it’s probably because my grandma is in a choir, but I’ll definitely be going along to one.

As always, thanks for reading everyone, despite what I’ve said in the article, it doesn’t matter how you choose to celebrate Christmas, I just hope that everyone has an enjoyable break! I’ll be back for one final column of the year next week, so look out for that, and you’ll hear from me very soon.