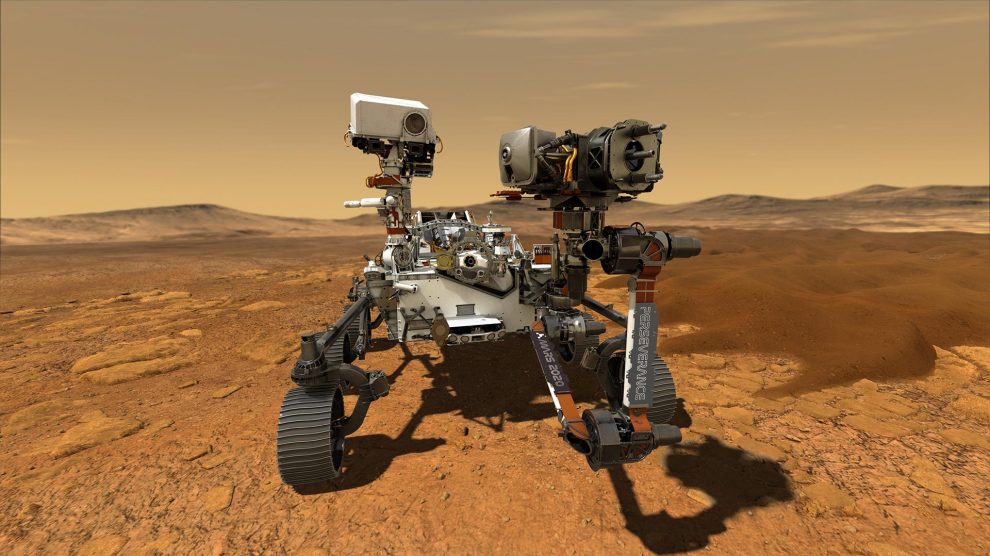 Following the end of its seven-month-long voyage through space, NASA has just successfully landed its Perseverance rover on Mars

The National Aeronautics and Space Administration (NASA) successfully landed its six-wheeled rover, named ‘Perseverance’, on the surface of Mars at 20:55 (GMT). As the single most sophisticated rover NASA has ever sent to the red planet, Perseverance will be used to “seek signs of ancient life and collect samples of rock and regolith (broken rock and soil) for possible return to Earth.”

NASA launched Perseverance into space from the Cape Canaveral Air Force Station in Florida back on the 30th of July (2020), beginning the rover’s seven-month-long, 470-million-km journey towards the distant, red planet.

Equipped with state-of-the-art artificial intelligence, Perseverance continually scanned the surface of Mars before touching down in the Jezero Crater. In addition to this, the rover was independently aided by a variety of computer-directed landing software and made several calculated adjustments to its trajectory to mitigate against the planet’s potentially hazardous terrain.

This therefore marks the first time that ‘terrain-relative navigation’ (or ‘TRN’) has been employed in an interplanetary mission as, due to the light speed between the Earth and Mars, NASA were unable to manually control the rover’s landing by hand.

Matthew Wallace, the Deputy Project Manager overseeing NASA’s Mars Mission, noted that any landing on the red planet “is always a challenging feat” and that, whilst designated ‘controllers’ were on standby to assist its “entry, descent and landing”, Perseverance was fully capable of landing itself “without any more help”. Continuing in reference to the “difficult manoeuvres” required to make the successful landing, Wallace highlighted that “almost 50% of the spacecraft sent to the surface of Mars have failed” so it was critical to develop “a new hazard avoidance capacity” before undertaking the mission.

NASA’s rover touched down 2km away from a delta in the Jezero Crater, a 500m-deep bowl composed of clay and carbonate rocks that is named after a town in Bosnia-Herzegovina. Previously captured satellite data of the region suggests that the crater may have once been filled with large quantities of water and, as such, the ‘bathtub ring’ of sediments around the edge of the depression are likely to contain several rocky deposits.

Scientists at NASA and the European Space Agency (ESA) reason that, assuming that the Jezero Crater had once been filled with enough water, investigations into the crater could yield evidence towards signs of former biological life. Specifically, the region’s clusters of layered rock are considered to be similar to Earth’s own ‘stromatolites’, formations which may have been created by the activity of ancient microbacteria – Perseverance is planned to make excavations into these deposits as part of its mission on Mars.

The rover itself is equipped with over 20 cameras, all of which will be transmitting raw images back to Earth in colour. As part of a recent briefing on the rover’s design, NASA has also announced plans to allow the public to experience the sounds received by the rover through two onboard microphones.

In addition to this, NASA’s rover is currently accompanied by a 2400 RPM, self-controlled miniature helicopter which has been specially designed for use in Mars’ thinner atmosphere (100 times thinner than on Earth). Over the course of approximately five short flights, the experimental drone will be used to collect visual data of the surrounding areas.

Allen Chen, a systems engineer at NASA’s Jet Propulsion Laboratory (JPL), confirmed that the Perseverance rover is now located “in a nice flat spot” on the surface of Mars, and that the vehicle itself “is only titled by about 1.2. degrees”. Speaking on the significance NASA’s fifth successful landing of a Mars rover, Chen attested that the rover had managed to find its “parking lot” independently and gave thanks to the entire team at JPL: “I couldn’t be more proud of my team for doing that.”

This recent landing represents another sizeable step forwards for space exploration and, over the course of its operating time, the Perseverance rover will undoubtedly make several discoveries that can also be brought back to Earth for extensive analysis.