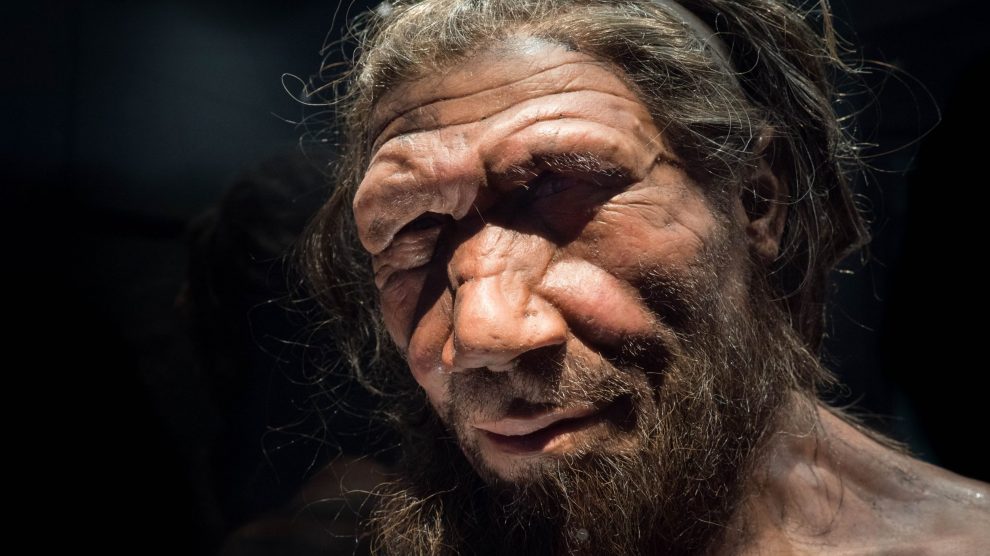 By Mia Becker-Hansen | Head of Science and Technology

Neanderthals are an extinct species or subspecies of archaic humans, who lived in Eurasia until about 40,000 years ago. Compared with that of modern humans, Neanderthals had a more robust build, with strong, muscular bodies, as well as wide hips and shoulders alongside their shorter limbs. Their most recognisable feature is a very prominent brow ridge. They stood at around 1.5m-1.75m tall, weighing from 64kg to 82kg. These adaptations, researchers believe, are to conserve heat in cold climate, or for sprinting in the warmer, forested landscapes that they often inhabited.

Researchers know more about Neanderthals than any other extinct humans, with many thousands of fossils and artefacts found, including several nearly complete skeletons. Together with an ancient Asian people known as Denisovans, Neanderthals are our closest ancient human ancestor. Despite their reputation as ‘caveman’, they were are actually very intelligent and accomplished humans, being skilled tool-makers and proficient hunters.

Majority of Neanderthal evidence is from around 130,000 to 40,000 years ago. After this time period, all physical evidence of their existence vanishes. The cause of their extinction is greatly debated among researchers. Common beliefs include the introduction of parasites, interbreeding, failure to adapt to climate change, and most frequently thought, competition and violence with early ‘modern’ humans, the first Homo Sapiens.

Neanderthals have previously been discovered to had lived alongside early modern humans for a part of their existence, and had even interbred. Even now, some people have inherited around 2% of Neanderthal DNA. This time period was believed to be short-lived in the time frame of the Neanderthals existence.

However, the discovery of a child’s tooth and stone tools in a cave in southern France suggests that Homo Sapiens was in Western Europe 54,000 years ago, 12,000 year earlier than previously thought. The two species therefore coexisted for more than 10,000 years.

The finds were discovered in a cave known as Grotte Mandrin in the Rhone Valley, by a team led by Prof Ludovic Slimak of the University of Toulouse. “We are now able to demonstrate that Homo Sapiens arrived 12,000 years before we expected,” he said, “and this population was then replaced after that by other Neanderthal populations. And this literally rewrites all our books of history.”.

On the site, across several layers fossil evidence can be found from different time periods depending on depth. The human child’s tooth, and stone tools made in a way not associated with Neanderthals, were dated back 54,000 years. The evidence suggests that this early group of humans lived at the site for a relatively brief period, of perhaps about 2,000 years after which the site was unoccupied. The Neanderthals then return, occupying the site for several more thousand years, until modern humans come back about 44,000 years ago.

What was it that eventually gave our species the advantage? Many ideas have been presented, focusing largely on our ability for complex language and the possession of a bigger brain. “We don’t know the full story yet.” continues Prof Stringer, “But with more data and with more DNA, more discoveries, we will get closer to the truth about what really happened at the end of the Neanderthal era.”