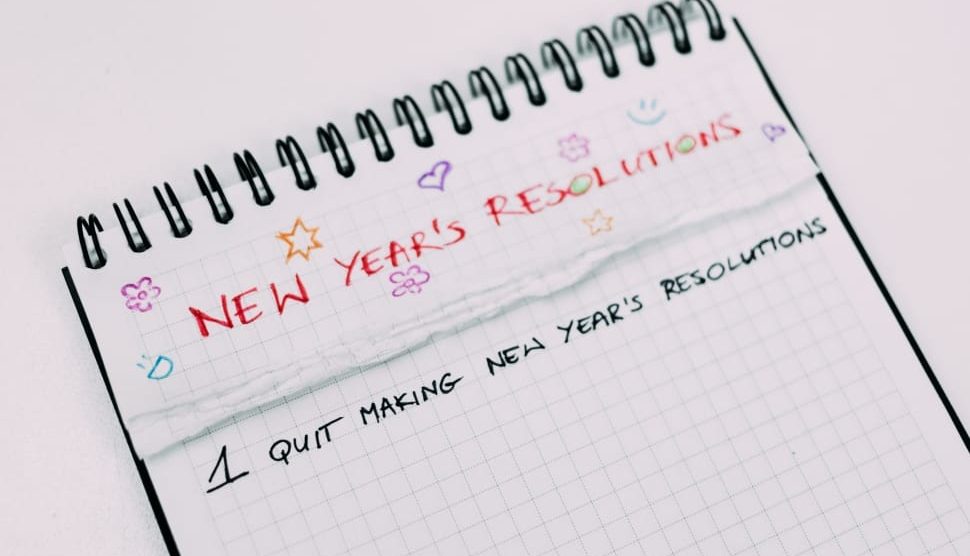 “New year, new me”, is a statement we’ve all probably said. It implies that within the new year we’ll finally change our old habits, we’ll become better people and for some it means going on a new diet. This begs the question can people change? Maybe we don’t want to change and instead we are conditioned to feel like we have to, that a new year means a need to change. The words New Year’s Resolutions carry a certain pressure to make a certain change, a change that we feel we can’t make any other time of year. It’s as if the clock strikes midnight on New Year’s Eve and something changes within us, something in our head clicks and we have automatically improved to be this “new” person. But is that what we believe or is that what we are made to believe. According to the Australian company Finder, 2 in 3 people fail their New Year’s Resolutions, maybe this suggests the lack of commitment or want to stick to these resolutions. So why should we bother trying to change what we believe is wrong with us if we probably won’t achieve it anyway. We say we’ll work harder; we’ll drink less, and we’ll spend more time with families and friends but it’s impossible to stick to an idea or a resolution that we don’t feel passionate about achieving in the first place. It really is worth considering whether or not New Year’s Resolutions are outdated, or we do use them to feel a sense of accomplishment?

There are different stories that date back to the Babylonians, Romans and the Medieval era surrounding why people began making resolutions, with many stemming from religious reasons. These traditional resolutions couldn’t be further from what people often decide to do in the New Year. According to INC. in a survey of 2,000 people, 71% said that their resolution would be to diet or eat healthier, 65% to exercise more and 54% stated that they would like to lose weight. This demonstrates the priorities that people usually have after overindulging during Christmas.

We eat more than humanly possible and the say we’ll change our unhealthy habits in the new year. Although is this a pressure we put on ourselves or the pressure weight loss companies, gyms and fitness clothing companies put on us? These fitness companies put new year’s deals on, where they make memberships cheaper or put sales on active wear. Most supermarkets also begin to promote the sales of yoga mats, weights, diet shakes and healthy eating in general. Does this perhaps promote body image issues, as people feel a pressure to lose weight and better themselves in the new year? This is emphasised on social media, where people discuss their resolutions and their lifestyle changes, where they promote their weight loss or days without drinking. This is where the idea of “New year, new me” comes in where people feel the need to publish their every moment on social media. As a result of this, they increase pressure on others as well as themselves as they demonstrate what they are attempting to achieve online, and if they fail to do so it’s apparent to everyone.

Finder also stated that in 2015 men were more likely to create resolutions surrounding careers, money and relationships; whereas women were more likely to create resolutions on the topics of weight loss, health and fitness. Perhaps this is a result of the pressure society puts on women to need to be the correct image, and the pressure they put on men to be successful in their careers. Either way it does emphasise the fact that perhaps there pressures are something that need to be considered, and the difference in resolutions suggests how the inequality in representation of gender has an effect on everything including how they decide to make lifestyle changes within the new year.

Arguably, making healthier decisions and cutting out bad habits is a positive and many people may feel the need to do that. I for one feel like I should change some of my unhealthy habits, especially as we approach Christmas day, filled with extravagant meals, Terry’s chocolate orange and not forgetting the mince pies. Wouldn’t it be more effective for brands to promote self-love instead and increase the confidence of those around the festive period. Santa Clause is renowned for being a jolly character, so why can’t we be just as jolly?

Don’t get me wrong, some resolutions can be positive like when people decided to learn a new skill or a new language for example. These types of resolutions make those who partake in them feel better about themselves through bettering themselves in a positive way, without pressure. Another example of a positive resolution is that many people decide to become vegetarian or vegan, whereas some take part in Veganuary where they go vegan for the month of January. Whether they decide to do this for environmental reasons, moral reasons or maybe the pressure that they feel from resolutions, it is still a positive improvement. Either way supermarkets prepare for this season of change, and through doing so they are aware that people may cut out meat and promote vegan and vegetarian products. Maybe New Year’s resolutions are not outdated, but instead have become a commercial sales pitch.

To finish this article on a lighter note, I hope my cynical opinions haven’t put you off this cheery Winter season, and I hope that you all have a very Merry Christmas and a Happy New Year. If you do decide to make resolutions and ways of changing yourself, make sure you are doing it for the right reasons, and don’t feel obliged to stick to them. I too will probably cave and make some silly resolutions, and inevitably miserably fail, similarly to everyone else in the world. After all, most of us will be waking up on New Year’s Day hungover and would have probably broken 5 or more resolutions before 2pm. Bring on the new decade, and I’ll see you all in 2020!