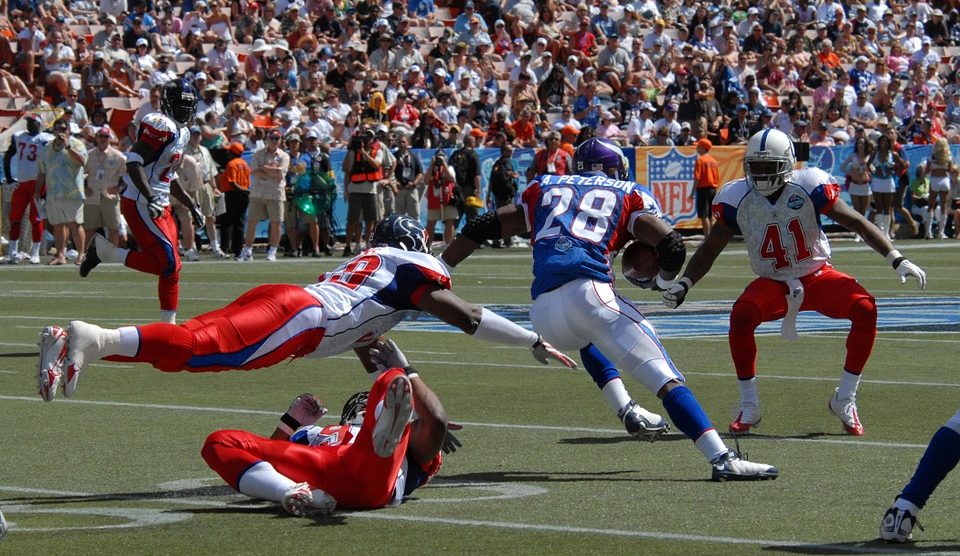 The 2020/21 NFL season has proven once again why the sport is so hard to predict. Various inconsistent results have left NFL fans seriously confused with just 11 games in.

Tom Brady and Rob Gronkowski teamed up on a new look Tampa Bay Buccaneers side, with the inevitable buzz surrounding this side the Buccaneers started the season better than most expected.

Some analysts started by viewing them as a top three team in the entire NFL after decimating wins over the Green Bay Packers and the Las Vegas Raiders. Conversely, recent weeks have exposed big holes in the Buccaneers game, with an embarrassing loss to the Saints, the biggest loss in Brady’s career, followed by two more back-to-back against a tough Los Angeles Rams team and the current world champions in Kansas City. It’s not in doubt that the Buccaneers are a good football team with a great pass rushing defence and a satisfactory Tom Brady. However, they need to focus more on the short throwing game rather than looking for long balls, a proven weakness of Brady’s game.

Another team that has consistently made headlines for different reasons are the Seattle Seahawks. Russell Wilson seemingly had to play with everything he had every game for them to scrape wins.

Due to their defence not being able to get off of the field with an almost nonexistent pass rush at the start of the year, Carlos Dunlap and Jamal Adams have proved to be two key in-season signings that have seemingly helped them fix this problem on the defensive end, making them a top five team in the NFL.

Their games are almost always guaranteed to be close this year against good opposition. Wilson has proven again to be one of the best quarterbacks in the world with a relatively poor offensive line outside of left tackle in front of him. The dynamic partnership between him and DK Metcalf has been one of if not the most enjoyable things to watch this year, with Metcalf making an argument to be one of the best wide receivers in the league.

In contrast to what I thought I would be saying at this stage of the season, my top three teams heading into the late stages of the season and postseason consists of the New Orleans Saints, the Pittsburgh Steelers and the Kansas City Chiefs.

I thought the Baltimore Ravens would have another brilliant regular season but sitting at 6-4 at this stage I am not even sure if they squeeze into the top 10 teams right now, and they definitely don’t match up well with these three teams.

The Saints are on a strong winning streak of 8-0 with some incredible performances despite having key players missing at times. A fully healthy Saints team will be tough to beat come the playoffs.

The Steelers have shocked me, I thought they would be a good team this year with big Ben Roethlisberger at quarterback. But sitting at 10-0, the only undefeated team left, is better than I predicted. This might be partly due to their easy schedule, the second easiest in the league, however they have one of the best pass rushing defences in the league with the highest scoring defence.

They have the championship ability of winning close games with a gritty style of football, something that will help them massively come playoff time.

For me the Kansas City Chiefs remain my pick for the Superbowl this year. Patrick Mahomes is a generational talent and leader and the Chiefs have the same ability as last year to make big deficits disappear faster than any other team. They can score at will at times and their offense has been the best by far since week five in the league.

They are strong in every area that’s important in winning a Superbowl; coaching, offensive line, quarterback and their defensive line continues to improve.

The MVP race has become a three-horse race between Patrick Mahomes, Aaron Rodgers and Russell Wilson. Oddsmakers have Mahomes as the favourite at the moment, but personally I believe Aaron Rodgers deserves to win it in his recent form. He has just had his 37th birthday and year in year out analysts began the season by saying he is past his prime and that the Packers should start looking to replace him at quarterback.

Rodgers continues to play incredibly well dragging his team to wins at times. I would like to see Rodgers given his third MVP and rightfully put his career name up there with other greats with that accolade.

The quality in the league at the moment is at a high level. Although there are a few that currently standout, it is hard to predict which of those will actually go all the way, and those currently outside the race who may emerge as dark horses. The playoffs are not too far away now and it is certainly one you will want to stay tuned in too.