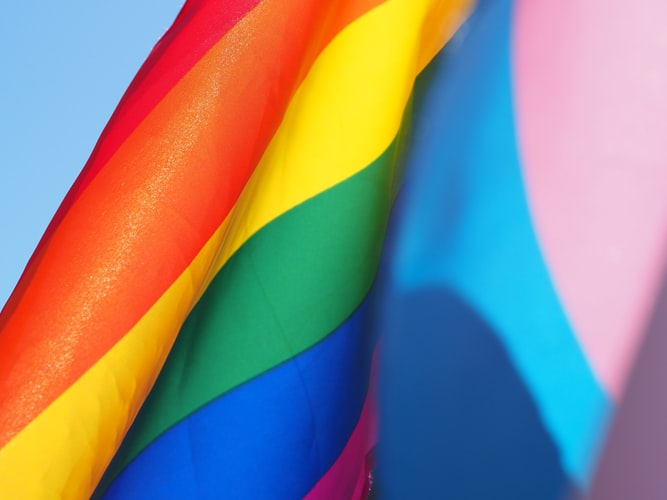 As Sir Elton John once said, “Cause what the hell is wrong with expressing yourself?”

For many people, announcing and embracing their sexuality is fraught with many issues that continue to exist, even in our sexually progressive and accepting modern society. I feel that, although some of the issues faced by people in the LGBTQ+ community have been reduced in significance, too many social problems continue to exist and, thus, it is of utmost importance to address them in a direct manner.

This discussion has been propounded by the news story that Phillip Schofield, a nationally renowned presenter for ITV’s daytime programming, recently announced that he was gay in an emotional post on his Instagram account. Quite rightfully so, Schofield has received widespread praise and support in his decision with James Corden, David Walliams, and Piers Morgan showing their appreciation for the difficulty that he had to overcome. He stated that “It’s essential for me, and its essential for my head”, highlighting upon the critical link between sexuality and it potentially adverse effect on a person’s mental health.

Historically, a whole spectrum of LGBTQ+ figures have existed with the earliest evidence of gay relationships appearing in ancient Greek literature although, critics note that homophobia seemed to emerge in the high-middle ages and renaissance era due to rapid spreading of religion and strict cultural attitudes. These notions of the ‘ideal relationship between man and woman’ have, along with many other social values, been cultivated deeply in our collective history and, as I see it, have been unravelled in a significantly impactful way in recent decades by rights advocate groups. Previously, identifying as any sexuality other than heterosexual was regarded negatively yet, many still believe that this attitude remains to be dominant in our society.

In my opinion, the normalisation of the traditionalist notion of the ‘heterosexual nuclear family’ is, in itself, problematic as it normalises the idea of what a family should entail, thus, promoting the idea that any other sexuality is inherently something to be hidden or coveted in secret. However, this is a lesser issue in relation to the severe impact on mental health from presumed societal pressures… How can we attempt to solve this issue?

I for one stand with Phillip Schofield, Sir Elton John, and any other individual who wants to proudly proclaim themselves to the world. In a society full of evasions and ambiguities, these confident individuals serve to rally support for underrepresented groups that would otherwise (without the aid of others) be placed in positions of risk and vulnerability. What we need is a widespread and fair representation of LGBTQ+ figures in our media and wider society which, though it may face several immediate complications, would serve to counteract centuries of the cultivated ‘societal norm’.

I strongly advise anyone considering the implications of ‘coming out’ to merely look at the lives of these figures and to seek support from amazing organisations like Q Centre or Teenshealth, established to aid in all manners of sexual identity.