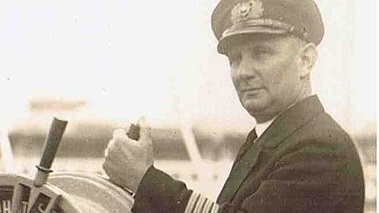 The story of the sunken ship, carrying 53 Welsh Italians, is set to get a radio adaptation by Theatr na nÓg for schoolchildren throughout Wales.

The Arandora Star was carrying 53 Welsh Italians to Second World War internment camps in Canada in 1940 when it was sunk by a German torpedo off the coast of Ireland.

80 years later, their story is gaining a voice with a back-to-basics and Coronavirus-friendly radio play for Welsh schoolchildren by Theatr na nÓg.

Theatr na nÓg would usually have produced a theatre production depicting the story, but due to the ongoing COVID-19 pandemic, the South Wales Valleys theatre company has turned to radio to bring the story to life. This is the first time in the company’s thirty-year history that their annual theatre project will not be a live performance.

By the time Welsh children return to school this Autumn, the play, titled The Arandora Star will be ready to be streamed through Welsh and English into classrooms across the country.

Theatr na nÓg has been praised for its innovation, by refusing to allow the ongoing pandemic to halt their creativity or production. The theatre company is known for its yearly productions, with around 5,000 schoolchildren between the ages of eight and eleven throughout South Wales seeing productions each year.

Of course, due to the change in circumstances caused by the global pandemic, Theatr na nÓg were aware they’d lose their opportunity to continue the tradition if creativity wasn’t utilised.

Wales is often known for its radio plays – the adaptation of Dylan Thomas’ Under Milk Wood is beloved across the world. The play even received a revival during lockdown, which included key workers such as NHS staff, teachers, and vicars joining stars of the screen and stage to bring the sleeping Welsh fishing town to life.

West Glamorgan Youth Theatre Company, who edited together the eight-minute adaptation of Thomas’ 1954 play, received over ten thousand views on their YouTube video. With over 65 performers, including Michael Sheen and Russell T Davies, it’s not hard to see why.

What is the play about?

When Italy entered the war in 1940, Italians living in Wales and other parts of the UK were branded immediately as “enemy aliens”. In July of 1940, The Arandora Star was mistaken for a troopship and was torpedoed by a German U-boat off the coast of Ireland, with 805 lives lost.

The Arandora Star will follow the story of a fictional character called Lina as she struggles to cope with the loss of her father, Guido, on the vessel and how she and her mother survive through the grief at a time of war and prejudice.

A play based on true events, The Arandora Star will explore the life of Welsh Italians living and working in Wales during the Second World War.

This story, although partially fictional, will not only remind students of a story often forgotten within Welsh history, but also begin the conversation on prejudice and inclusion. The play is said to discuss issues of immigration and integration, which are ongoing issues faced by many in Britain even today.

The Arandora Star is a brilliant example of the creativity shown by many in Wales over the past few months since lockdown was introduced in March. The arts have seen struggle during this time, with theatres closed for the foreseeable future, and the industry taking hit after hit during the pandemic.

There has been much to learn over this lockdown period. But, as the old Welsh proverb goes, ‘Adfyd a ddwg wybodaeth, a wybodaeth ddoethineb’ (‘Adversity brings knowledge, and knowledge brings wisdom’).