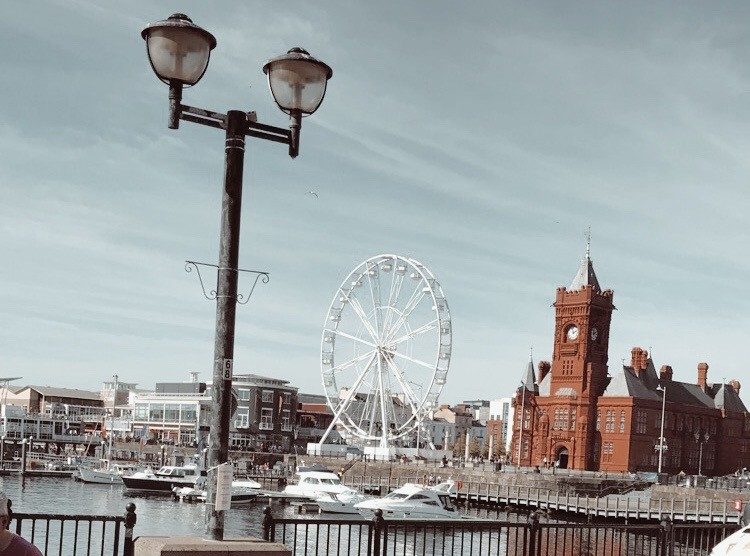 At the beginning of February, an extraordinary thing happened in Cardiff. Traffic was stopped across the capital for a docks funeral, honouring the late Miriam Saleh, the matriarch of the Tiger Bay community.

Although Miriam Saleh tragically passed away suddenly in her sleep aged 76, she had decreed many times how her funeral should play out. She wanted to go out with a bang. And as the woman credited with embodying Tiger Bay, the community could think of no better way to honour Saleh.

Miriam Saleh was said to be a woman who was ready to help anyone on the docks during their hour of need. She was known to drop everything if she’d heard someone had died, noting that their family would need the support. Miriam Saleh was known to lift burdens off the shoulders of others and place them on herself; to many, her strength lied in helping others.

Tiger Bay funeral processions are iconic and date back as far as anyone familiar with Cardiff can remember.

The Tiger Bay community – which was built around the Cardiff docks at a time when the docks were not only the most prosperous in Britain, but also the world – is known to honour its residents in the most incredible ways. Between the hundreds of mourners pouring onto the streets of Cardiff Bay, to the steel and jazz bands joining the mile-long procession, Tiger Bay knows how to celebrate a life. To many, the hearse carriage drawn by four white horses across Cardiff is bizarre. But it’s part of a years-old tradition the community abide by.

Some may be asking, where is Tiger Bay?

At the height of the industrial revolution, huge demand for coal mined in the South Wales Valleys meant the development of four major docks around South Wales. By the 1880s, Cardiff – which was once one of Wales’ smallest towns – flourished, with its port handling more coal than any other country. A community was formed. One which was unprecedented. Thousands of sailors between the late 19th century and early 20th century decided to lay down their anchors and call Tiger Bay their home. Many of these sailors would go on to marry the local women of Cardiff, and thus created the iconic community of Tiger Bay.

There was a sense of brotherhood in Tiger Bay. Dozens of nationalities would all join to create a blended community and with many sharing unique experiences, the bonds would become unbreakable. On any street you would hear multiple languages flowing freely and to an extent, the Tiger Bay community helped to form the Cardiff we know today, with people from all over the world coming together as a city.

According to Tiger Bay residents, during its heyday in the 1950s and 1960s, there would be celebrations constantly. The music would carry through the streets and everyone was invited to the various parties which took place. The community would be fed and given something to drink, before everyone would move on to the next house. To many, they remember how the music didn’t die down for days after these parties.

However, for South Wales residents who were not members of the Tiger Bay community, Tiger Bay was remembered very differently. It had a notorious reputation for its red-light district, illegal gambling dens, rowdy pubs and its opium bars. To many Tiger Bay children, the illegal activities would cut across their place to play. Bute Street was notorious for its seedy and criminal side and mothers would create excuses to keep their children away from the area.

Despite Tiger Bay’s colourful cultural basis, racial prejudice was still rife. On the ships, men of colour would be below deck, stoking fires whilst the white men were above board. For local Welsh women who were not originally part of the Tiger Bay community, marrying a man of another race meant they were ostracised. Women were stigmatised and called ‘prostitutes’ for loving men who were not white. However, a sisterhood formed in the Tiger Bay community. Friendships were founded with neighbours in similar situations and they helped to raise families together. Communities were formed in solidarity and as their husbands spent long periods away from home, the women of Tiger Bay came to depend on one another. To many, the women of Tiger Bay broke class, religion and race barriers.

Despite criminal activity existing across Cardiff, Tiger Bay undeservedly gained the worst reputation. But Tiger Bay formed a generation of solidarity and brotherhood – and even birthed the legendary singer Shirley Bassey. Some may only remember Tiger Bay as the basis of the 1959 film and some may only remember it as the home of Cardiff’s notorious criminal activity. But as the 2017 musical indicates, Tiger Bay was a way of life. Despite the old Tiger Bay community generally disbanding after the ceasing of coal exporting in 1964, the community lives on in people’s hearts.

Although it is now called Cardiff Bay, Tiger Bay will always be remembered, especially by those residents who watched it flourish. Miriam Saleh’s celebration of life is evidence of this.

Miriam Saleh was vital to the heart and soul of the Tiger Bay community and will be sorely missed by its residents.