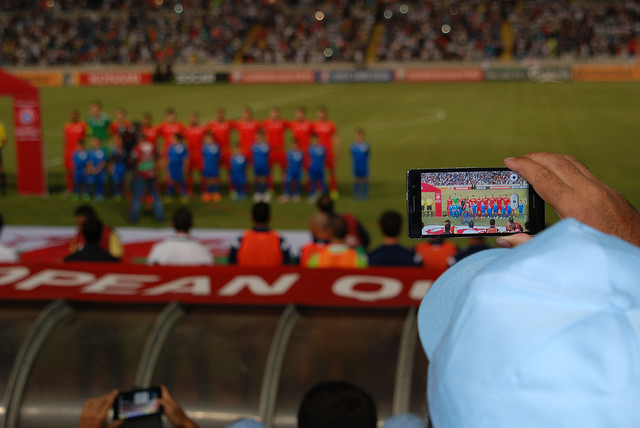 Wales have been placed alongside the Republic of Ireland in Group D for the 2018 World Cup qualifying campaign.

Chris Coleman’s side will also play Moldova, Georgia, Serbia and Austria as they look to secure their place in football’s most prestigious competition, which will take place in Russia.

And the former Swansea City defender is pleased with the outcome of the draw.

“It’s a positive group, there will be some great games and I think the whole nation will be looking forward to it.”

Wales were actually one of the top seeds for the draw, having risen to ninth in the latest Fifa world rankings following their emphatic form in the Euro 2016 qualifiers.

And that ensured that the Dragons avoided the likes of Germany, Spain and England.

However, despite three of the opening four matches being at home, Coleman refuses to be complacent and accepts that Wales still face a difficult challenge if they are to qualify for the World Cup- a feat they have not achieved since 1958.

The 45-year-old insisted: “It’s never easy going to places like Georgia and Moldova. It’s always very difficult and, of course, we know the quality of Republic of Ireland and Austria.

“In the last campaign in the World Cup [2014 qualifying] we faced Serbia and were beaten heavily twice, so we know there’s good teams in there.”

Wales are currently one point clear at the top of Group B in the Euro 2016 qualifiers and, with two games remaining, are just one win away from qualifying for their first major tournament in 57 years.

And Coleman, born in Swansea, believes that the team’s current form gives them plenty of confidence ahead of the World Cup qualifiers, which begin next September.

“What we know is in the last two or three years we’ve really improved as a nation and at the moment, at our strongest, we fancy ourselves against anyone,” the ex-Fulham manager claimed.

But, amidst all of the excitement, Coleman is not looking too far into the future.

“We’ve got a lot of football to play in this European qualifying campaign before we get to the next one,” he added.