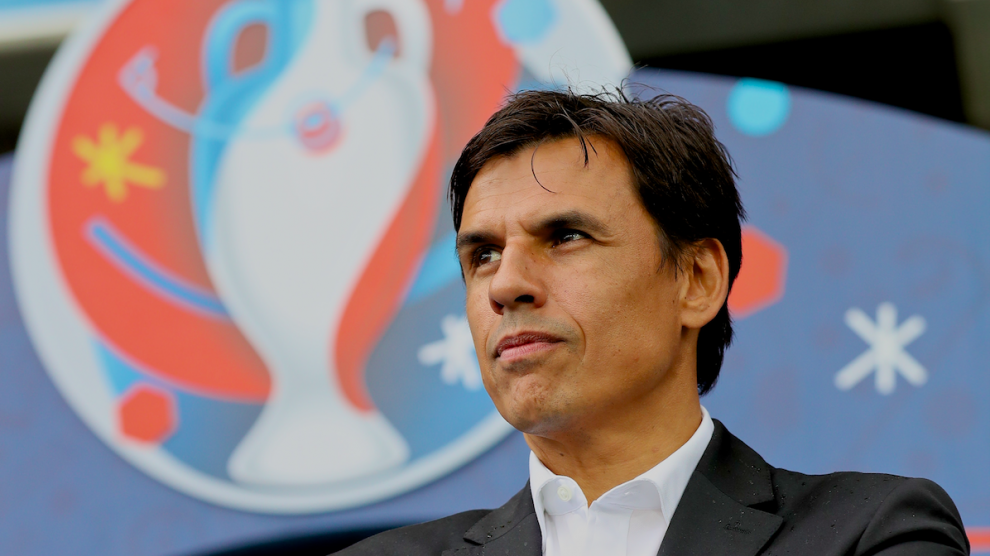 “Don’t be afraid to dream…” October 10th, 2015. Wales had just lost their penultimate Euro 2016 qualifier, their first defeat of the campaign.

Despite this, results elsewhere meant that the Dragons were going to their first tournament in over sixty years. Stood in the centre of the pitch, as his players were mobbed by the small, loyal travelling support, was Chris Coleman.

He was calm and composed. The man who had taken the job in such difficult circumstances, who’d been beaten and derided in his first few games in charge, who’d had to deal with injuries and criticism and a whole lot more besides, was now a winner. Defeated on the night, but a winner nonetheless. November 19th, 2017.

That same calm, composed man steps out in a tracksuit emblazoned with a new crest. Not of Wales, but Sunderland AFC. Chris Coleman is appointed manager of the Black Cats on a two-and-a-half-year deal, days after resigning from his post with the national team.

The previous week, talks over a new contract to keep him at the helm for another campaign, at the least, had broken down. So, why did he decide to walk away?

I spoke to former Wales captain Iwan Roberts, who played with Coleman internationally, before the latter’s career was cut short by injury.

The routine and familiarity of the domestic game, he feels, is what swung it. “I can understand Chris wanting a club job after nearly six years in charge of Wales, as he’s no doubt missed the day-to-day running of a football club.

I must admit, I was slightly surprised he chose Sunderland though, as in my opinion, they are a club in free fall. I’ve no doubt that if he’d have maybe waited a few weeks, I do think he could have had a better club come in for him.”

It is the Football Association of Wales though who must now find a successor. This is where it gets interesting, as the bookmakers’ current favourite is Ryan Giggs.

The former Manchester United legend, one of the finest players to grace the top flight, has been linked before. His lack of experience though may count against him.

At the other end of the spectrum, Tony Pulis is another option. Vastly experienced, his style or tactics may not be best suited to the way the squad were set up under Coleman, and was recently sacked by West Brom.

A real shot in the dark though, is Carl Robinson, head coach of the Vancouver Whitecaps in the MLS.

An ex-Wales international, his Premier League career saw him turn out for Wolves and, ironically, Sunderland, before a move Stateside.

A young, albeit unproven manager over here, he did work under one of the saviours of modern Welsh football in Osian Roberts when taking his coaching badges.

Currently assistant manager to Roberto Martinez at Belgium, he, like Robinson, completed his coaching badges with the FAW.

Iwan Roberts though, had another name to add to the mix. “Personally, I would try and tempt Jürgen Klinsmann to become our next manager.

Here, you have a vastly experienced coach at both club and international level, and he’s still only fifty-three.

I’m not one of these who believes the next manager has to be Welsh. What we have to do though is to make sure we get the best candidate for the job.”

Interestingly, when asked about Robinson, a former teammate at Norwich, he was equally as forward in his answer. “If he wasn’t Welsh, I don’t think he’d be considered.

His side finished third from bottom in a weak American league last season, and though he’s doing better this year, there are better candidates out there.

Even if you have an FAW-trained coach, that shouldn’t limit who you can appoint as manager”

“I do think the FAW like the thought of Giggs taking over, and having worked with one of the best managers ever in Sir Alex Ferguson, I guess he wouldn’t be a bad choice. He would win the respect of the players as soon as he walked through the door.”

As well as this, he lamented the fact Coleman had departed, but looked to the future. “The FAW will have a contingency plan in place, and they will know who they want as the next Welsh manager already, no doubt.

It is sad that they couldn’t come to an agreement with Chris about a new contract, but that’s football.”

Personally? I’d definitely look at both Osian Roberts and Under-21’s boss Rob Page, who has overseen the continued development of the likes of Ben Woodburn, Ethan Amapdu and David Brooks.

My choice though? The one and only Craig Bellamy.

Yes, he divided opinion massively as a player, shooting his mouth off almost as often as he shot for goal.

But, since hanging up his boots three years ago, has matured drastically.

Now a development coach at boyhood club Cardiff, he has displayed a remarkable turnaround in attitude and character.

His mentor and friend, the late, great Gary Speed, would be proud.

With the likes of Osh and Page behind him, and the backing of the senior members of the squad, and the FAW for that matter, there is potentially no limit to what he could achieve.

As his potential predecessor once said, “don’t be afraid to dream…”