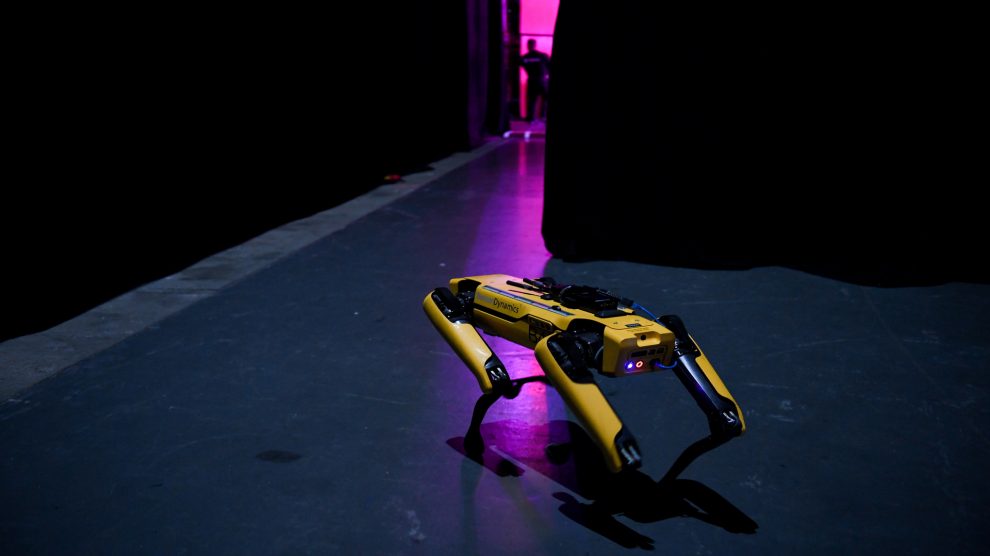 Following advancements in its unique robotics technology, Boston Dynamics has announced a new series of products designed to optimise its existing ‘Spot’ robot for a wider range of remote, potentially hazardous operations.

Announced back in 2016, ‘Spot’ is an agile, quadruped robot designed to collect data and perform simple physical tasks around humans in potentially dangerous, industrial environments. Specifically, the company has revealed the ‘Spot Arm’ which uses the mechanical appendage to manually or semi-autonomously manipulate a variety of objects, from rotating valves and turning knobs to pulling levers and opening a variety of doors.

Boston Dynamics, the Hyundai owned and Massachusetts-based engineering company, specialises in designing and creating the “next-generation” of robots which, through a combination of high-tech software and compact mechanical design, award their products with enhanced mobility. Since it was founded back in 1992, the company has continued to develop a series of high-performance, intelligent robots that can be operated across a variety of industries in order to safely work “in unstructured or hard-to-traverse spaces and positively impact society” as a result.

Zack Jackowski, Boston Dynamics’ lead robotics engineer and Chief Engineer on Spot, attested that “a lot of industries have sites with important equipment” which, in addition to being “largely unstaffed”, usually require “hours to dispatch someone to go check on something relatively simple”. Speaking on the company’s developments, Jackowski contended that workers would be able to safely “follow up on an alarm going off or a routine inspection” by remotely controlling a Spot: “they can just dial into a robot, stand up, and go take a look around”.

According to a recent press statement, there are now over 400 Spots around the world with several seeing successful use in a wide array of industrial environments, including nuclear power plants, offshore oils fields, construction sites, and mines. Most notably, engineers and developers at BP are working alongside Boston Dynamics to outfit Spot for their own day-to-day operations and have voiced ideas to use the robot to improve efficiency and keep workers safe at many stages of their manufacturing processes.

In addition to the new arm-equipped iteration of Spot, Boston Dynamics has also introduced the ‘Spot Enterprise’ which, with the ability to self-charge using a docking station, boasts a greater level of independence and can operate with very little human guidance.

This new model builds on the existing abilities of the base Spot robot, featuring improved hardware that processes the robot’s surroundings in order to allow for safe, clear, and efficient behaviour when controlled from afar. Critically, the ‘Enterprise’ model is well suited to being operated in remote environments as it can traverse through a broader range of areas which, perhaps more importantly, allows it to collect and later offload larger data sets collected during its assigned task.

Robert Playter, the CEO of Boston Dynamics, recently spoke on the progress made on the Spot project and said that “since first launching Spot, we have worked closely with our customers to identify how the robot could best support their mission critical applications”. Confirming that the company would continue to focus on the development and testing of Spot, Playter also highlighted that it would still be critical for Boston Dynamics to use “reliable data collection” techniques to ensure that the robot functions as intended in “remote, hazardous, and dynamic worksites”.

The release of the ‘Enterprise’ version, in many ways, acts as a culmination of the company’s 28-year-long efforts in developing modern robotics technology and, as such, brings us ever closer to a more integrated future alongside similarly advanced robots.