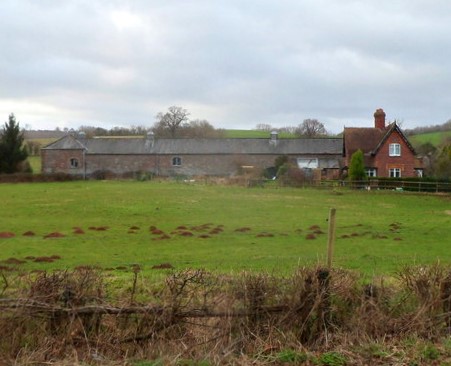 The brain child of brothers, Kingsley and Charles Ward, Rockfield Studios is the unlikely home to some of music’s greatest contemporary masterpieces. With the blink of an eye and a touch of naivety you wouldn’t give Rockfield a second’s glance. What you are missing out on however is one of the world’s most progressive recording studios.

The brainchild of brothers, Kingsley and Charles Ward, Rockfield Studios is the unlikely home to some of music’s greatest contemporary masterpieces. With the blink of an eye and a touch of naivety you wouldn’t give Rockfield a second’s glance. What you are missing out on however is one of the world’s most progressive recording studios, a working farm and chosen hangout of musical royalty.

As all good stories start with a tale rejection, Rockfield’s is no different. Kingsley and Charles Ward’s Elvis-esque sounds were turned down by renowned producer and ‘fifth Beatle’ George Martin, however were recognised for being the first artists to use a portable reel-to-reel tape deck. Returning home without an EMI Record deal Kinglsey and Charles converted a farmhouse into a recording studio, investing in an 8-track tape deck and an abundance of pig feed bags to sound deadening effect. In 1965 Rockfield became the world’s first residential studio. In BBC 4’s latest documentary: Rockfield- The studio on the farm, Liam Gallagher stated:

“You lived there and you didn’t leave the studio until you had your album finished. It’s like the Big Brother house, but with tunes”.

The Seventies saw the birth of Heavy metal; a powerful sound of high amp distortion, empathetic beats and extended guitar solos. Juxtaposed with the serene, gentle and provocative Welsh landscape, some of the genres best musical offerings were created. Black Sabbath were one of the first bands to inhabit Rockfield’s newly-built Coach House Studio in 1970, resulting in the augmentation of their breakthrough single ‘Paranoid’, now considered one of the greatest heavy metal songs of all time. Released from the restrictions and pretentions of a London recording studio, Rockfield’s wild west atmosphere provided a musical safe haven for artists to be as loud and creative as needed. “We were very loud and Rockfield allowed us the freedom…because no-one would allow us to play as loud as that. The roof tiles were rattling”, Ozzy Osbourne recalls in the BBC documentary. Rockfield Studios recorded its first number one hit in 1970 with Welsh singer/songwriter Dave Edmunds’ ‘I hear you knocking’. It would be wrong to define this decade as the peak of Rockfield’s success as its story has not yet reached its denouement, however it became a golden era for the studio, perfectly equipped for the guitar heavy sound that dominated the decade. Ace recorded their hit single How Long, Lemmy, Motörhead and Budgie all became resident bands, and it was on a dusty aged piano in the animal food store that Queen’s Freddie Mercury consummated ‘Freddie’s song’, to be known as Bohemian Rhapsody. The song became Rockfield’s biggest export, recorded in just six weeks and resulted in Queen’s baptism to worldwide household fame.

The Eighties proved a turbulent era in Rockfield’s history. The studio equipped for guitars, rock bands and glam rock boots struggled to adapt its pop palette to the science fiction sounds of synthesisers and samplers. Other major labels had also worked out the secret to success, creating their own residential recording studios to compete with Rockfield. Facing financial collapse and in the grasp of national recession the Ward brothers split the farm, Kingsley becoming sole owner of Rockfield and Charles creating Monnow Valley Studio across the valley.

1990 saw the Second Coming for both Rockfield Studios and The Stone Roses who unbeknownst to them had played God, resurrecting Rockfield. Having previously recorded Waterfall and I Am The Resurrection at Rockfield, the Manchester four piece returned to record follow up album Second Coming. The band were only officially booked in for a couple of weeks but 13 months and one eagerly anticipated second album later the band left the Monmouth valleys.

The Nineties; jangly guitar riffs are back, Britpop reigns supreme and Madchester monopolizes the charts. Rockfield is once again the chosen studio of contemporary artists. Twenty years after the recording of Queen’s Bohemian Rhapsody, Rockfield would yet again take centre stage claiming its place in Britpop history. Oasis’ 1995 album (What’s The Story) Morning Glory was written and recorded at Rockfield, with Don’t Look Back In Anger climbing to Number One in 1996. The Gallagher brother’s true to form provided the Ward’s with copious anecdotal tales of heated arguments, Liam Gallagher’s hijacking of a combine harvester and the aftermath of the brother’s affinity for local happy hour. Rockfield welcomed in Britpop with open arms, and in return band after band checked into the Welsh studio. 1997 saw seven out of the ten albums recorded at Rockfield go into the top ten. Lisa Ward recalls:

Rockfield Studios held its own against renowned locations; Abbey Road and Electric Lady, and the Welsh experiment is testament to its own success, having achieved six decades of operation and although lockdown has seen the studios fall silent for the first time in decades, the studio has no intention of closing. In the words of Kingsley Ward “The best is yet to come”.