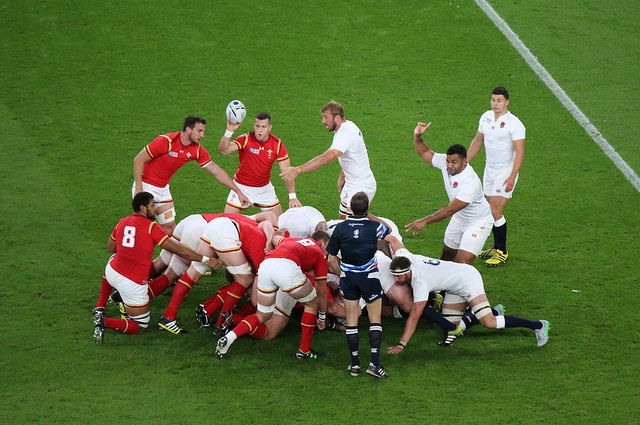 The 2015 Rugby World Cup is in full swing and Wales have one foot in the quarter finals following an unbeaten start to Pool A. A convincing 54-9 victory over Uruguay got Wales off to the best of starts; however their tournament has unquestionably been defined by the remarkable 28-25 win against England at Twickenham nine days ago.

Injuries to key men Leigh Halfpenny and Rhys Webb prior to the tournament’s commencement, had led many to believe that Wales would struggle to get out of a pool consisting of hosts England and Rugby Championship winners Australia. But Warren Gatland’s side have defied the odds and responded magnificently under the increased cynicism.

Against Uruguay, Gatland made nine changes from the side that faced Italy a week previously and despite resting key personnel in the shape of Gethin Jenkins, Alun Wyn Jones and Taulupe Faletau, the hosts were still able to run in eight tries in front of a near-sell-out Millennium Stadium crowd. Cory Allen’s hat-trick was the stand-out moment in Wales’ opener and whilst the victory sent Gatland’s men to the top of Pool A, it was Allen‘s tournament-ending hamstring injury that stole the headlines. The injury woes have been a constant setback to preparations, with five of the original 31-man squad already ruled out for the rest of the competition. So whilst they were unable to secure what would have been an enormous bonus point win against Fiji last Thursday, the Welsh will be delighted at getting through an 80 minute match this World Cup without suffering a serious injury.

Six days after their resounding victory over the South American minnows, Wales headed to Twickenham to take on an England side still revelling in their impressive bonus point victory over Fiji on the opening day. England’s home advantage meant they went in to the match as slight favourites and looked, for the first 60 minutes at least, as if they would produce the win. However, it was Wales and Dan Biggar’s right boot that left South London with the valuable four points. Wales’ resilience and ability to keep within a score proved invaluable as the visitors took advantage of England’s ill-discipline late on to break the hearts of the home crowd. The Welsh dominated the final quarter, before Biggar’s 75th minute penalty gave Wales the lead for the first time and doomed the hosts to a painful first World Cup defeat.

The Fiji game was always going to be a huge test for Warren Gatland’s side having had just four days rest after the bruising encounter with England and it proved just as much. Tries for Gareth Davies and Scott Baldwin helped Wales to a 23-13 win, but the performance was far from convincing and many of the players looked physically exhausted by the time of the full time whistle. Given that England had claimed a bonus point over the Fijians in their encounter, Wales can perhaps be disappointed that they were unable to do the same in a pool in where qualification could well be determined by a solitary point.

Ruthlessness from the boot has tended to be a valuable asset for Wales in years gone by, so when Leigh Halfpenny was stretchered off late on against Italy and consigned to watch the rest of the tournament from the stands, questions were immediately raised as to whether Dan Biggar could step in and provide the same cutting edge. There is no question however, that the Ospreys fly-half has been the star of the tournament for Wales. His record-breaking 23-point performance against England catapulted him to legendary status amongst Welsh fans and three games in to the World Cup, Biggar is leading tournament point scorer and is yet to miss a kick at goal.

Elsewhere, Gareth Davies has been in inspiring form at scrum-half. Davies, another who may not have been given much opportunity in a full-strength squad, has two tries – including one memorable score under the posts at Twickenham – and has proved a constant irritation to opposing defences. Losing Rhys Webb still remains a disappointment for Wales, but his absence is unquestionably not as detrimental as so many had feared it would be.

Wales’ dream to reach a first ever Rugby World Cup Final is still on and their future in the competition still lies firmly in their own hands. A win against Australia at Twickenham this Saturday would secure a spot at the top of Pool A and a quarter final clash against the eventual runners-up in Pool B meanwhile defeat could leave them with a highly anticipated clash with South Africa, or worse, staring down the barrel of an early elimination.