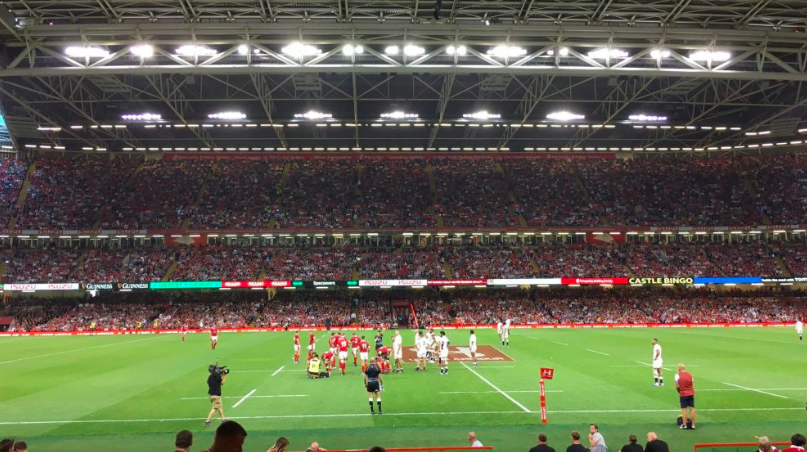 “If we play as well as we have for the last year, then we can bring home the World Cup”. These were the words of Welsh coach Warren Gatland after his side’s remarkable Grand Slam victory earlier this year.

Though a rather unconvincing showing in their summer warm-up fixtures – winning one out of four matches against England and Ireland and losing the pivotal Gareth Anscombe in the process – may have tempered some neutrals’ expectations, there remains belief within the Welsh camp that this really could be their year.

With a squad split evenly between experience and youth, with a taste of success and one of the best coaches in the business, Wales, on paper at least, will certainly be a force to be reckoned with in Japan.

On the pitch, however, their group stage opponents are a mixed bag that will make the route to the knockout stages far from an easy one. Most notably, Gatland’s side are joined in Pool D by heavyweights Australia, who came out 15-6 victors when the two teams met at the same stage in 2015, en route to the final.

Like Wales, the Wallabies have been largely inconsistent in the run-up to Japan, with their Bledisloe Cup series seeing them convincingly beat New Zealand 47-26, before being thumped 36-0 in the same fixture a week later. Regardless, Michael Cheika’s squad is loaded with proven performers in Michael Hooper, Rory Arnold and David Pocock, with their strength in the forwards setting up an interesting battle with the Welsh pack.

Ultimately, it’s all about consistency with Australia; if they play like they did in their victory over the All Blacks, Wales’ hopes to top the group and avoid a potential clash against England could be in jeopardy.

Elsewhere in Pool D, Fiji will be eyeing up more scalps after their shock victory over France at the end of last year, with coach John McKee having worked hard to tighten up his traditionally attack-minded side’s discipline in defence. Meanwhile, whilst Wales are likely to come out on top against both Georgia and Uruguay, the pride and passion of both nations may mean that there are no ‘easy’ fixtures for Gatland’s men.

Though their time at the top of the world rankings was short, this Welsh side is undoubtedly capable of achieving greatness – they just need to believe it. And, if there’s any coach in world rugby who can install this belief in his players, it is Warren Gatland.

Along with three Grand Slams, under Gatland’s 12-year tenure, Welsh rugby has come to be defined by passion, unity and excitement, and he will rightly be remembered as the country’s greatest coach of the modern era. With all statistics and expectations aside, it would be fantastic to see him bow out with glory in Japan.