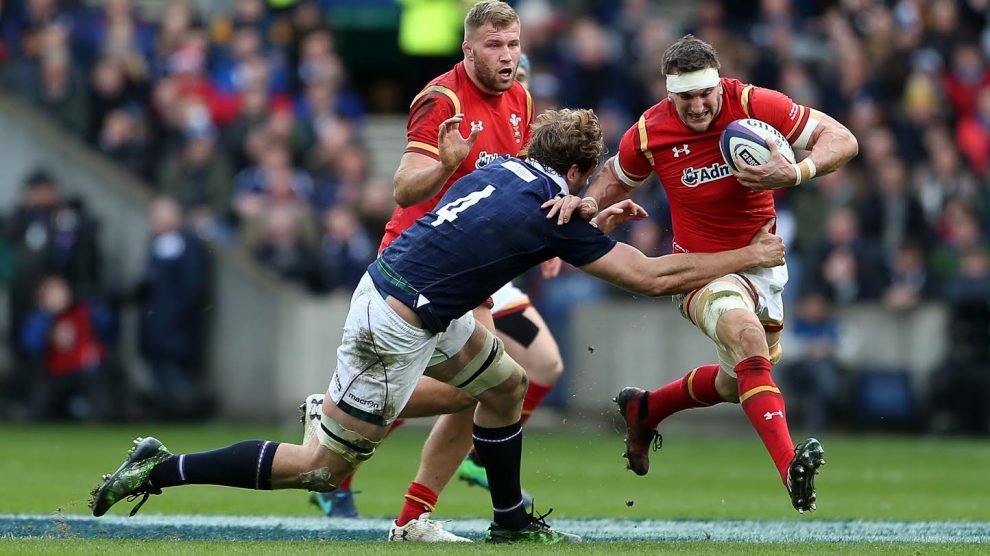 Sam Warburton has hailed Welsh Varsity as one of the biggest rugby events on the calendar.

Cardiff University will do battle with arch-rivals Swansea University at the Principality Stadium on Wednesday.

And Warburton – who captained the British & Lions to a tour win in Australia four years ago – reckons the importance of the Varsity fixture cannot be underestimated.

He exclusively told Gair Rhydd: “That is a massive game for those boys, it is a huge moment in their careers.

“It is a great shop window for some to kick on to semi-professional or even professional rugby, it is a massive occasion for them and a huge game on the Welsh calendar.”

Warburton has widely been tipped to retain the Lions captaincy for the New Zealand tour in June. The 28-year-old presented the game shirts to the Cardiff team last year ahead of their 16-10 defeat to Swansea at the Liberty Stadium.

“I went to Cardiff University for a year and they have given me an honorary degree,” added Warburton.

“The university have been great supporters of myself. They asked if I would do a jersey presentation last year and it was a no brainer, so I went along and did that.”

Ospreys and Wales second-row Rory Thornton is another man with close links to Welsh Varsity. The 22-year-old played for Swansea University at the then called Millennium Stadium in 2014, where the White & Greens ran out 19-15 victors.

Speaking of the experience at the Home of Welsh Rugby, Thornton praised the unique atmosphere.

He said: “I played in it a couple of years ago. It was the last one in the Millennium, I think. It was awesome to be fair.

“It was an awesome experience, packed out with all the students having a good laugh, so yeah I really enjoyed it.”

“It was a loud one I can tell you that, it is a really good atmosphere. It is good to see two universities going at it and enjoying the day, that is the main thing.”

Thornton had been a part of Rob Howley’s Six Nations squad, but is still searching for his first international cap.

And Thornton explained the professionality of the Varsity camp and how it mirrors an elite model.

“It was good letting the boys training with the region for Varsity,” said Thornton. “It’s great getting that experience and preparing for it with the coaches.”

“I think Ben John was helping out at the time coaching, it was good building towards it. You travel together, eat together, it was exactly like you do as if you’re setting up for a professional game.”