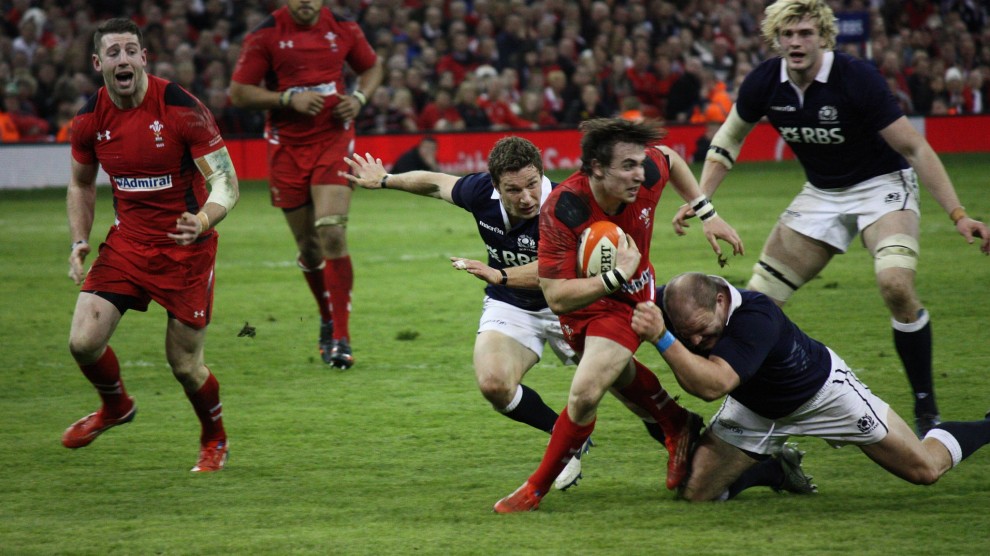 Traditionally, this match up is one of the more open and high scoring clashes of the RBS Six Nations, with last years 23-26 Welsh victory playing no exception. Just one year before then, Wales destroyed Scotland 51-3, something that severely dented the confidence of the Scots and they have failed to win a Six Nations match since.

Looking forward to Saturday’s game, it is fair to say that the Welsh are considered strong favorites for this one, especially with the news that talismanic fly-half Dan Biggar is fit again, following his early departure from Wales draw with Ireland last weekend. Warren Gatland has praised Biggar’s hard work to get back into the team, branding his recovery a “miracle”. The Kiwi’s starting fifteen is the same one that started in Dublin last weekend and the Welsh will be hoping for some consistency from the impressive performance.

Despite the result being a little deflating, there were plenty of positives for Wales to take, with a seemingly man of the match performance from man-mountain, Jamie Roberts, being a particular highlight. Also, the return of Liam Williams was a timely boost for the side. Wales looked strong and resilient in defence and there was a notable change when going forward as George North saw a lot more ball in hand than he has done in previous seasons. In fact, had it not been for a great wide defence by Ireland, then Wales could have won comfortably at the Aviva. Importantly for Wales, their scrum was the stronger of the two last week, something which had hindered their World Cup campaign. With the Scottish scrum far from convincing against England, it may not be a surprise to see a yellow card or two come scrum time on Saturday.

On the other hand, Scotland are in a strange position and Wales should really expect the unexpected. Following the World Cup, expectations were high for the Scots and it seemed that an England side undergoing major change could have been the ideal opponents to kick start their campaign, however it was de ja vu for Vern Cotter’s side as England came out 15-9 winners. With the backs that Scotland have on their roster, they had the ability to cause a side like England problems, but it was seemingly a case of white line fever for them last weekend, with great breaks into the 22 fizzling out when they ran out of ideas. In defence they looked pretty strong but it was obvious to see that some quick hands can get around their defence, as Jack Nowell’s try demonstrated. Scotland’s starting fifteen includes one change, with injured centre Matt Scott being replaced by Saracens Duncan Taylor.

Scotland have also requested that the roof to be closed as a new era of Welsh rugby begins at the Principality Stadium, something that Wales have agreed to. With the roof closed, the conditions in the stadium should only help both sides fulfill the expectations of a good playing game of open rugby, with a high scoring outcome.