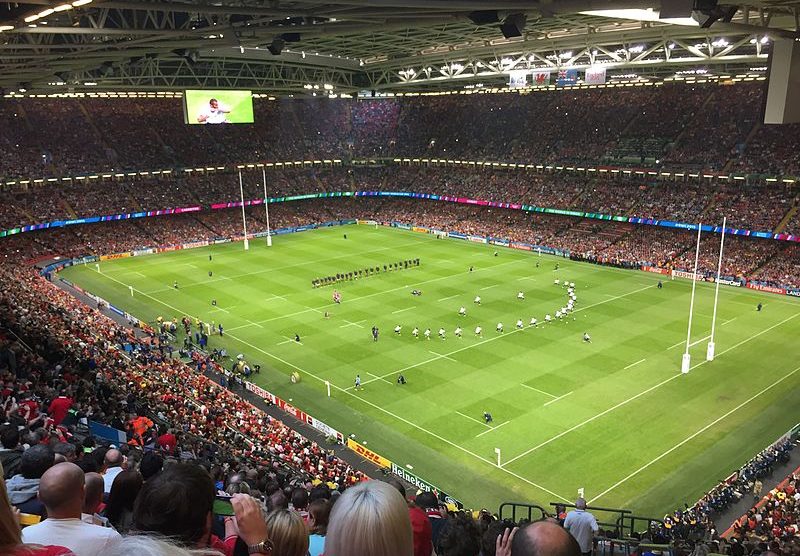 Its fair to say that this year’s Six Nations has been somewhat less orthodox than in recent times. The destructive role the coronavirus pandemic played towards the tail end of the tournament leaves many questions to be answered and fixtures still to be played. This issue stands out as the main talking point, often taking centre stage ahead of the exciting and unpredictable rugby we have witnessed. On and off the field controversy has littered the Six Nations, only fuelling fans desire to reach a final verdict on the tournament still lacking a winner.

The mid-point of March every year leaves rugby fans either revelling in the glory of their nation or pondering over what could have been. A time of celebration or commiseration. For the first time since the foot and mouth outbreak of 2001, the Six Nations has failed to produce an out right winner by this point in the year. First, it was the Italian homes games, postponed due to increased coronavirus fears. Then, attentions turned to Paris as France’s home game against the Irish also fell victim to the virus. Finally, just 24 hours before kick-off, Wales’s clash against Scotland was also postponed. With a significant amount of rugby still to be played, what are the possible outcomes for this year’s tournament?

England are in pole position to lift the trophy, with a superior points difference over the French in second place. A bonus-point victory over the Italians in the rescheduled match predicted for later this year would all but secure the Championship. Following defeat to Scotland, crushing their Grand Slam hopes, France could still win the title with a bonus-point win over Ireland, as long as England don’t match this result against Italy. Ireland face an uphill battle, needing maximum points against Italy and France to gain their second Championship in three years. The uncertain nature of the remaining games has left many wondering the best way forward. With all professional rugby grinding to a halt, Sir Clive Woodward has called for the remainder of the season to be scrapped, leaving players and staff the time to recover and reassess. There are also ongoing talks involving the rescheduling of Six Nations fixtures later in the year. Regardless of the outcome, the 2020 Six Nations will always be looked back on as the year of disruption.

With the distraction of external factors during the competition, it is easy to lose sight of the rugby that has been played. Being the start of the four year World Cup cycle, this year’s Six Nations offered teams a fresh start following on from efforts in Japan. France were the quickest out the blocks, looking determined for Grand Slam triumph before an ill-disciplined performance against the Scots dashed their hopes. Mohamed Haouas swinging right hook to the face of Jamie Ritchie proved an all too familiar sight for French fans who will be praying for consistent French flair, rather than moments of spontaneity that cost them dearly.

It seems like an age ago since Scotland captain Stuart Hogg’s catastrophic ‘open try’ blunder against the Irish. Since then, solid displays against Italy and France have lifted the hopes of the nation. Their turn around has been made even more impressive following the dramatic bust up between coach Gregor Townsend and mercurial fly-half Finn Russell, which has perhaps taken up more column inches than their on field performances. With increasing media pressure on players that is now engrained in international rugby, some have taken a different approach to Russell. Special mention must be given to Ellis Genge, and his two minutes of rugby realism following victory against Scotland in apocalyptic conditions. Beer in hand, Genge’s post-match interview distanced viewers from the ultra-professional, media trained and often robotic athletes that we have grown to accept over recent years and reminded us that rugby is a game for everyone.

Although limited, the rugby played has been exciting and largely expansive, with the only truly one sided performance being the Welsh onslaught over Italy in the opening weekend. Aside from this, teams have been almost evenly matched, reflected in the overall table. The standout fixture took place at Twickenham, when a flailing, newly formed Welsh side played an English team looking to enhance their bid for the Championship. The 33-30 score line flattered the Welsh, whose late resurgence restored dignity against their oldest of rivals. Furthermore, France’s visit to Scotland in week four proved a turning point. Whilst the French crumbled under intense Grand Slam pressure, Scotland ensured that champions wouldn’t be decided until the final week, which we are still eagerly awaiting.

At this early stage, questions about the remainder of the Championship will have to go unanswered. In this increasingly unique set of circumstances, all we as fans can do is look back at a tournament that has provided us with unexpected victories, outstanding tries and national unity that transcends borders and evokes rivalries unparallel to any other rugby tournament. Let’s hope the last chapter stands up to our lofty expectations